OMAHA (DTN) -- Crop and forage farmers in areas hit by natural disasters that suffered verifiable quality losses in the 2018 or 2019 crop years can apply for a new USDA ad-hoc program -- the Quality Loss Adjustment Program -- that will start enrollment Wednesday.

USDA also is working on how aid payments derived from the $13 billion provided in the latest coronavirus relief package will be apportioned, but officials said most of those provisions will likely be finalized after the presidential inauguration later this month.

To receive aid under the Quality Loss Adjustment Program (QLA), a farmer growing a 2018 or 2019 crop would need "verifiable documentation" that show at least a 5% loss through a quality discount. Forage crops would have to show lab results reflecting nutrient losses in the crops.

Signup for QLA begins Wednesday and runs through March 5.

The quality losses also have to be tied to a major natural disaster -- tornado, flood, hurricane, drought, etc., -- that occurred in a county named in a qualifying presidential emergency disaster designation or a secretarial disaster designation in 2018 or 2019. Crops grown in counties could be eligible if the loss happened in a county with a D3 (extreme drought) or higher rating on the U.S. Drought Monitor during 2018 or 2019.

Some farmers could be eligible for aid if a crop was planted in the fall of 2019, but the disaster occurred in 2020, USDA officials said Tuesday. Also, even if a farmer with quality losses doesn't fall into the federal disaster category, they could still be eligible for payments if they can show they were impacted by a major event, such as providing "weather data from a reputable source," USDA stated.

Crops destroyed before harvest are not eligible for payment, nor are quality losses after harvest because of "deterioration in storage, or that could have been mitigated," USDA stated.

Other specific crops and products that are not eligible for the QLA program include grazed crops or products such as honey, maple sap, aquaculture, floriculture, mushrooms, ginseng root, ornamental nursery, Christmas trees and turfgrass sod.

Payments for forage and non-forage crops are paid based on a formula that varies based on verifiable documentation of quality losses and average county losses.

Drilling into the details, a crop with a low test-weight problem might be covered for a loss, but problems such as high moisture content will not be covered. "It is dryable; it is fixable," said USDA Undersecretary for Farm Production and Conservation Bill Northey.

In some insurance policies, these quality issues are covered, but often "at a very low level," Northey said, and it is often discounted. So USDA is not subtracting any indemnity that a farmer would have received for a quality loss.

Farmers who receive payments under QLA also will be required to buy federal crop insurance or NAP coverage for the next two years with at least 60% coverage levels or higher.

The QLA comes on the heels of the 2017 Wildfire and Hurricane Indemnity Program (WHIP) and WHIP-Plus for the 2018 and 2019 crops. The final federal funding bill that passed in late December included an additional $1.5 billion for WHIP-Plus, as well as funding to cover quality losses for producers.

Some lawmakers pushed to ensure USDA provided an aid payment based on quality losses. "We worked hard to secure and advance this quality loss coverage to help make our producers whole following the extensive damage caused by natural disasters in 2018 and 2019," said Sen. John Hoeven, R-N.D., chairman of the Senate Agriculture Appropriations Committee. "We encourage all impacted producers to contact FSA, either through the available online resources or their local office, to determine eligibility and identify the necessary documentation."

WHIP-Plus has been overwhelmed with demand over the past year as USDA struggled to close off enrollment for the program. Senators last fall were questioning USDA officials over why farmers were still waiting on WHIP-Plus payments. After the end of 2019, WHIP-Plus was opened to cover losses for excessive moisture and drought. When that happened, demand for WHIP-Plus aid exploded. "That took us from 20,000 to 30,000 applications to a couple hundred thousand applications," Northey said.

So far, USDA has paid out about $1.5 billion to more than 150,000 farmers under WHIP-Plus. But USDA also had problems defining how to look at quality losses. Northey noted USDA programs such as crop insurance are easily equipped to spell out yield losses, but not quality losses. The additional aid will pay off remaining WHIP-Plus claims, but also provide funds to pay for quality losses.

"So we really have kind of a way for folks to designate those losses and we'll look at being able to pay producers after they come back, at the end of this program, when we understand the full extent of those losses," Northey said.

While the program will have a payment limit of $125,000 for each year, payments will not go out until after all applications are received. High demand for the program will lead USDA to prorate the payments based on the amount of funds USDA has available. Combined with the congressional appropriation, Northey said USDA has up to $2.5 billion available to cover the second half of WHIP-Plus payments then divvy up the rest for the QLA program as part of that. It's unclear how much the quality payments will cost, but Northey sees it coming in "far less than $1 billion," he said.

"We've heard estimates from a very small amount to a very large amount of losses that are out there that folks will sign up for," Northey said. "So part of this is obviously going to be determined by whether we have $100 million worth of signup for $1 billion worth of sign up."

Congress provided $13 billion in aid for agriculture in the coronavirus aid and funding package. USDA officials are trying to see what kind of aid program they could complete before inauguration day on Jan. 20, Northey said. The department has some proposals going to the White House Office of Management and Budget, but Northey pointed out it would also take time to implement a program; software would have to go out to Farm Service Agency offices, etc. A lot of work will be turned over in the next few weeks to the Biden administration.

"Certainly, we're looking at some things we can get done before we leave -- a few things that will be teed up for that administration to be able to address very quickly," Northey said.

Some provisions laid out under the aid package will require a full rulemaking process that will shift to the incoming Biden administration, Northey said. On the transition in general, Northey said USDA staff have had a lot of conversations with the USDA team from the Biden transition team. Northey said he did not think USDA staff had talked with Biden's team about the coronavirus aid bill since it was only signed into law last week.

USDA on Monday used $1.5 billion from the aid funding to buy more boxes for the Farmers to Families Food Box Program. USDA stated it has distributed 132 million food boxes under the program, which goes to food banks. The boxes typically have produce, dairy products, fluid milk and meat products.

More information about the Quality Loss Adjustment Program can be found at https://www.farmers.gov/… 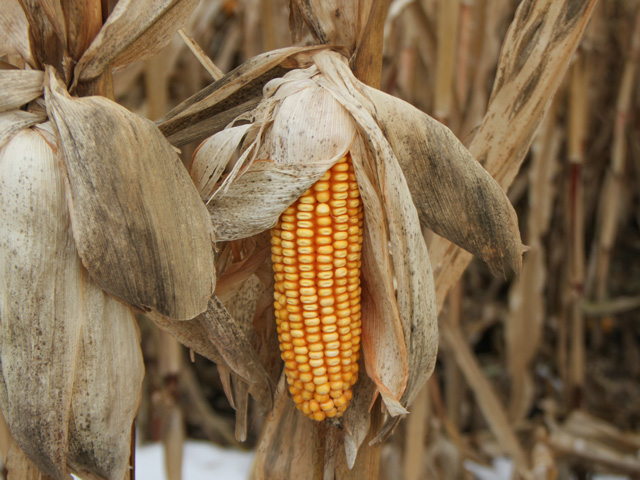