OMAHA (DTN) -- USDA's Risk Management Agency has finalized a crop insurance change for spring-planted crops that will require farms nationally to meet the "1-in-4" planting requirement for acres to be eligible for prevented-planting coverage.

The change was among multiple policy tweaks that will go into effect for 2021 spring crops. The Risk Management Agency (RMA) is following up on several changes to crop insurance that had been proposed through a task force which met following the 2019 crop year, which saw nearly 20 million acres with prevented-planting claims. RMA had initially announced the rule differences in August, but the changes were finalized in a Federal Register posting on Nov. 30.

"These improvements are the result of feedback from producer groups and other stakeholders," said RMA Administrator Martin Barbre. "These changes will improve prevented-planting coverage and the beginning and veteran farmer and rancher program for years to come."

If acreage fails to meet the "1-in-4" rule, the ground must be planted, insured and harvested, or have an adjusted claim for loss after planting for two consecutive years before becoming eligible again for prevented-planting coverage.

In a nuance to deal with crop rotation for a farmer in a new county, USDA will allow the use of intended acreage reports to establish eligible prevented-planting acres for the first two years, instead of only the first year, for farmers who are new to a county where they never produced a crop.

In another rule change, farmers will be able to receive a prevented-planting payment on different crops in a field if they can show they had intended to plant those acres to a different crop. For instance, a farmer could claim prevented acres for corn instead of soybeans, even though part of the field is planted to soybeans. To qualify, the unplanted section of the field must be at least 20 acres or 20% of the total acres in the field. A farmer would also have to provide proof to back the claim, such as seed receipts and fertilizer inputs to show the field was supposed to be planted to a certain crop. 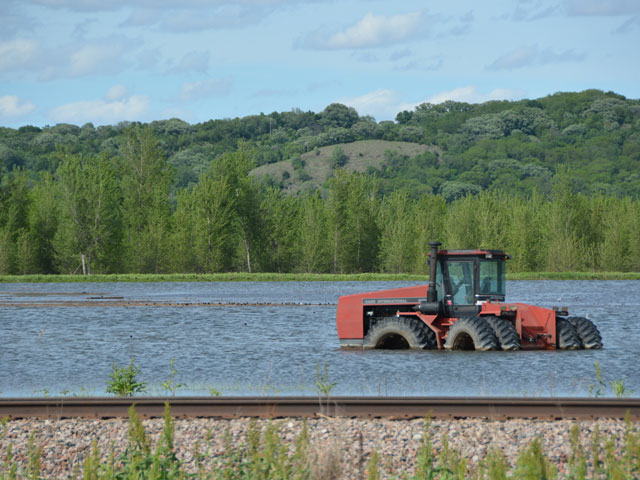