GLENWOOD, Iowa (DTN) -- After roughly a 10-year quest to get back on the congressional agenda, advocates for farmers and landowners getting paid for carbon sequestration practices will get to make their case again before the Senate Agriculture Committee this week.

The Senate Agriculture Committee will hold a hearing Wednesday on the Growing Climate Solutions Act, which would create a certification program at USDA to reduce technical barriers for farmers and landowners who want to participate in carbon-credit markets. The legislation comes as a growing number of private businesses and groups have been working separately to develop carbon markets, but without a unifying set of metrics or standards.

Though not testifying before the Senate, Ohio farmer Fred Yoder, chairman of the North American Climate Smart Agriculture Alliance (NACSAA), said he is just thrilled that there is finally some bipartisan dialogue on the topic of agriculture and climate change. The bill is largely an enabling policy for farmers and landowners to tap into some services at USDA, but it is also completely voluntary for farmers.

"Sooner or later, we're going to have to determine what a certified credit is going to be," Yoder told DTN. "So I think it's important to really start to lay this out now."

Yoder would like to see any carbon or environmental credit programs be viewed as separate or decoupled from crop production. Too often, Yoder said, practices become commoditized and incorporated into the price of the commodity.

"And the first thing you know, it just becomes standard, and any kind of bonus or economic advantage is gone," Yoder said.

The Senate bill promotes access to technical assistance, which would be comparable to what USDA's Natural Resources Conservation Service provides now for conservation practices. The bipartisan bill sets up a program at USDA for standards and third-party certification to determine if practices on a piece of farmland or forest meet the requirements necessary to participate in a carbon market. The bill also would set up a USDA advisory council "composed of agricultural experts, scientists, producers, and others" who would advise USDA on certification for a carbon program.

The bill has the backing of more than 50 different farm groups, environmental groups and major corporations.

The Senate bill right now does not have a companion piece in the House, though that could soon change. The House Select Committee on the Climate Crisis is expected to release a report by June 30 on recommended legislation, and the committee heard multiple times from agricultural groups and advocates about carbon sequestration strategies for farms.

Last fall, the Noble Institute in Oklahoma released a study showing the potential demand for a carbon market from agriculture at 190 million metric tons with a value of about $5.2 billion. There also was comparable market value for environmental credits tied to nitrogen and phosphorus reduction in waterways.

In a letter to U.S. senators last week, Yoder and members of NACSSA wrote, "Farmers must be at the center of all discussions and decision-making" on climate topics. The group also pointed out there is no "silver bullet" when it comes to improving agriculture's resilience and potential to mitigate climate change.

Ernie Shea, who works with Yoder on NACSSA, said, too often in the past, legislation or policy that could become good building blocks for agriculture and climate get halted by "purists" who often hold out for a perfect result. Yet, legislation is getting a Senate hearing that makes the case agriculture could be one of the solutions to the problem. "This is a huge paradigm shift because, typically, ag is set up as the problem," Shea said of the Senate bill.

The authors of the World Resources Institute report declare benefits of carbon sequestration to reduce emissions are uncertain on both cropland and grazing land, and there is often faulty carbon accounting. The use of nitrogen fertilizer also offsets carbon sequestration, the WRI report stated.

Along with all of this, practices such as growing cover crops are not widespread. It would take roughly 85% of cropland planted with cover crops to sequester 100 million metric tons of carbon dioxide. But, right now, only 5%-6% of major crop acres have cover crops applied to them. WRI then adds that if agriculture adopted these practices, it could lead to declining yields.

The WRI post drew rebuke from several scientists who work in the carbon-sequestration space, including Ohio State University soil scientist Rattan Lal, who was just named 2020 laureate for the World Food Prize, along with Keith Paustian and Rich Conant at Colorado State University, as well as researchers from France and Scotland.

Given the severity of challenges surrounding climate change, the scientists stated, "We believe that the science is clear that regenerative agriculture can, in fact, contribute significant emission reductions and (carbon dioxide) removal, as well as improve soil health."

As the group of soil scientists described, "regenerative agriculture" practices follow some principles that maintain continuous vegetation that reduces soil disturbance and increases the diversity of organic residue returning to the soil. That then translates into maximizing nutrient and water-use efficiency by plants. In general, these practices increase soil carbon stocks and reduce carbon losses.

The scientists also stated they did not believe there was strong evidence to support an assumption of yield decline, "And indeed it is more likely that in the long run, regenerative practices will reduce soil degradation and improve yield stability, resulting in less pressure for land-use conversion."

Closing their case, the soil scientists stated, "Climate change as well as food security, climate resilience, biodiversity and soil health are all interrelated parts of a new global imperative."

Agriculture must transform to provide not just food and fiber, but environmental services as well, which includes both mitigating and adapting to climate change.

"The challenge, however, is whether socio-economic and political can be overcome to bring that transformation to scale," the soil scientists stated.

On the back burner right now also is the connection between regenerative practices and food nutrition. Pennsylvania farmer Steve Groff (www.stevegroff.com) has long advocated for cover crops to help improve soil health and diversify a farming operation. Groff is a frequent speaker on the topic and has a book coming out this summer, "The Future-Proof Farm." He also is selling more vegetables not only to Whole Foods, but also more restaurants.

"The science is getting there, but I would say it's fair to say it's not here yet," Groff said. "But that's what the book is about is to give farmers a heads up that this is the way things seem to be headed." 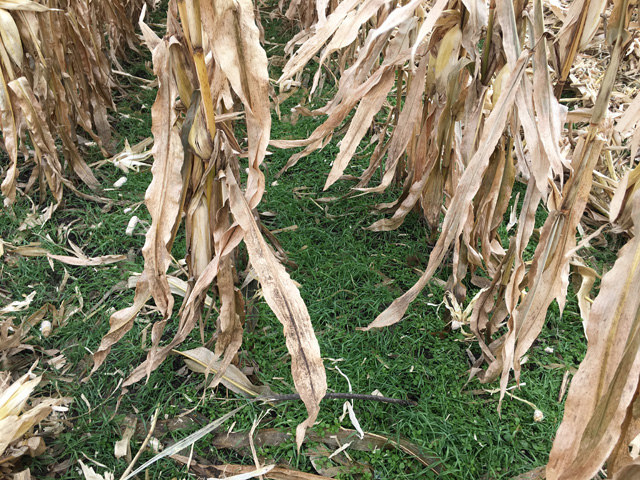