The legislation could help set criteria and certification programs that would make it easier for farmers and forestry owners to earn income from carbon credits.

In what might be considered a stunning trifecta for a climate bill in Congress, the Growing Climate Solutions Act lists significant support among a cross-section of agricultural groups, major corporations and environmental organizations.

The bill does not address broad fundamental challenges to lowering greenhouse gas emissions nationally. But for farmers and owners of major forestry operations nationally, the legislation does create a certification program at USDA that would help address technical barriers for farmers and landowners who want to participate in carbon-credit markets. The bill also promotes access to technical assistance, comparable to what USDA's Natural Resources Conservation Service provides now for conservation practices.

Beyond technical assistance, the bill also sets up a third-party carbon verification certification program through USDA. The program would create a standard for certification to determine if private landowners meet the requirements necessary to participate in a carbon sequestration program.

The certification groups would be able to hold the status of "USDA Certified" to help provide technical assistance or certify climate-smart agricultural practices that sequester carbon in the soil or reduce emissions. In this regard, the certification program would work in a way similar to USDA's National Organic Program, which uses private certification organizations for organic producers.

Senators noted in an explanation of the bill that there are already several third-party groups developing their own protocols and testing to calculate reduction in greenhouse-gas emissions or sequestration of carbon in the soil. "The landscape is evolving rapidly," the bill summary stated.

The legislation would put together a USDA advisory council "composed of agricultural experts, scientists, producers, and others" who would advise USDA on certification for a carbon program.

The bill would also require USDA to issue a report to Congress on how to develop more climate-related policies for agriculture, including "barriers to entry, challenges raised by farmer and forest landowners, market performance, and suggestions on where USDA can make a positive contribution to further the adoption of voluntary carbon sequestration practices in agriculture and forestry."

Agriculture accounts for about 10% of U.S. greenhouse gas emissions, according to EPA's inventory of emissions. Transportation (28%), electricity (27%) industry (22%) and commercial and residential (12%) comprise the major emission sectors.

Last fall, the Noble Institute in Oklahoma released a study by IHS Markit -- formerly known as Informa -- showing the demand for a carbon market from agriculture at 190 million metric tons with a value of about $5.2 billion. There also was comparable market value for environmental credits tied to nitrogen and phosphorus reduction in waterways.

The legislation would help boost efforts such as those led by the Ecosystem Services Market Consortium. That group received a $10.3 million grant last fall from USDA's Foundation for Food and Agriculture as part of a match to build out an environmental market. Debbie Reed, ESMC's executive director, said she and others had worked with senators to help shape the bill.

"We are delighted at the prospect of tapping USDA expertise to ensure farmers and ranchers have the best information and support possible to participate in private voluntary markets that create additional income generation opportunities for producers," Reed said. "That to us is a win-win!"

This is far from the first time senators have introduced legislation promoting carbon markets in agriculture. In 2001, the Senate introduced provisions in the farm bill that would create a carbon market for agriculture at USDA, but the provision did not make it into the final version of the 2002 farm bill. A decade ago, the Senate declined to take up a broad-ranging climate bill that would have established standards for agricultural carbon credits. Under the Obama administration, USDA also worked with private companies to sell carbon credits in a handful of pilot projects largely involving rangelands.

Groups such as the National Farmers Union have continued to press Congress to support carbon markets and other legislation that will address climate change. NFU passed a special order of business at its annual meeting in March that asked USDA and other federal agencies to set up such markets.

In a statement Thursday, NFU noted it is encouraged by the bipartisan nature of the bill, which is a first step to help farmers to get paid for addressing climate change.

"American family farmers and ranchers are ready to help fight climate change, but meaningful and sustainable changes are not inexpensive or easy to implement," NFU stated. "Carbon credit exchanges can provide them with a market-based system to finance those improvements."

Kevin Ross, president of the National Corn Growers Association, said the bill would recognize agriculture's role in mitigating the impact of climate change. The bill also focuses on voluntary measures.

"Corn farmers have been leaders in adopting farming practices to improve the quality of soil, water and air around our farms and are pleased to endorse the Growing Climate Solutions Act," Ross said. "This bipartisan effort recognizes agriculture's role in mitigating the impact of climate change and promotes voluntary, agriculture-friendly ideas into the climate discussion. NCGA thanks the Senators for their leadership and looks forward to working together to implement policy that benefits both the environment and farmers' bottom line."

Companies such as McDonald's weighed in on the legislation, saying it would provide a way for farmers and ranchers to play a meaningful role in carbon markets.

"As we work with our suppliers to achieve our climate goals, carbon markets will play an important role incentivizing, recognizing and rewarding agriculture producers for the significant positive impacts they can quantifiably deliver," said Marion Gross, McDonald's chief supply chain officer for North America. 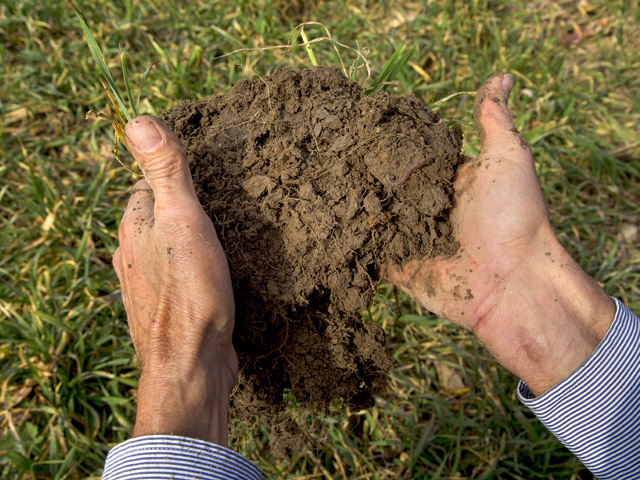