DES MOINES (DTN) -- While trade attention is focused on China with Wednesday's expected deal signing, USDA's administrator for the Foreign Agricultural Service looked at other parts of the world where opportunities exist and changes for U.S. agriculture in trade talks going forward.

President Donald Trump is getting ready to sign a trade deal on Wednesday in Washington, D.C., with Chinese leaders. But Isley didn't want to steal any of the president's thunder and said he could not share any details about some of the agricultural aspects of the trade deal.

Responding to a question, Isley did note, "Beef into China represents a great opportunity," he said.

Outside of trade talks, supply and demand still matter, he said. Because African swine fever has wiped out a high percentage of China's pork production, Isley said, protein exports to China right now are an opportunity. Just this week, the first shipment of U.S. poultry to China was cleared in Shanghai, he said.

Isley overall looked ahead at some of the other possible areas for trade agreements, as well as some of the risks that could block agricultural trade in the future.

Isley pointed to the United Kingdom's exit from the European Union as an opportunity to negotiate a deal with Britain as "an opportunity we haven't had in decades." Isley said 2020 will be a transition year. "We will get to an agreement with the UK, and it will be implemented in 2021 or shortly thereafter," Isley said.

Yet, Phil Hogan, the trade commissioner for the European Union, also is in Washington, D.C., and the Trump administration would like to re-engage in serious trade talks with Europe. The problem, Isley pointed out, is that EU officials want a deal with the U.S. that does not include agriculture.

"That doesn't sit well with this administration," Isley said. "Everything I have seen and heard is that (agriculture) is a critical component for us to move forward."

Isley said the U.S. will continue to work on scientific standards "to ensure technologies that are safe, that are reasonable, and are authorized to be used and to be imported from a trade perspective into those countries."

In pointing to risks to trade disruption, Isley said most of the short-term challenges center on plant and animal diseases that can cause trade to halt. Long term, though, Isley also said "one of the things that concerns me the most" are topics such as the definition of "sustainability" and how it is defined in producing food.

"We have got to get into the forefront and exert our leadership in how sustainability is defined and around what are acceptable practices on our farms," Isley said.

Europeans, for instance, would define U.S. agriculture as having "dangerous production practices, and lax food safety laws," Isley said. "That's the myth. That's the dialogue that is out there, and we have got to change that."

"Products being banned for one reason or another actually improve the environmental impact of production agriculture," he said. "It's that story that is not being effectively told well enough."

While Europe may seek to block U.S. imports, Isley said, Europeans also are concerned about deforestation globally and the benefits of forests to absorb carbon emissions. Those views could benefit U.S. farmers.

"The more productive we are, the less land is required to produce that food that goes all over the world," he said.

"We do not want museum farming. We want modern, economically profitable, productive farming," Isley said. "That's what drives the farm economy, what drives prosperity in rural America and in other rural communities around the world. We shouldn't be ashamed -- and I'm unapologetic wherever I go -- that farming is a business, and it should be a business that should be run profitably without excess government intervention and government subsidies."

"It's a matter of preserving that trading relationship that is so critical for the economic viability of farming," Isley said.

The trade disruption with China over the past few years has helped drive U.S. agricultural groups and agricultural trade missions to shift heavily in the Pacific Rim to other parts of Southeast Asia, Isley noted. U.S. agriculture is paying more attention to countries with big populations and higher incomes, such as Vietnam, Indonesia, Malaysia and Thailand, he said.

Another goal is to get a trade agreement in parts of Africa that could be replicated across the continent, Isley said. He also highlighted India because of its large population, but said that India has been difficult to engage seriously on agricultural trade. 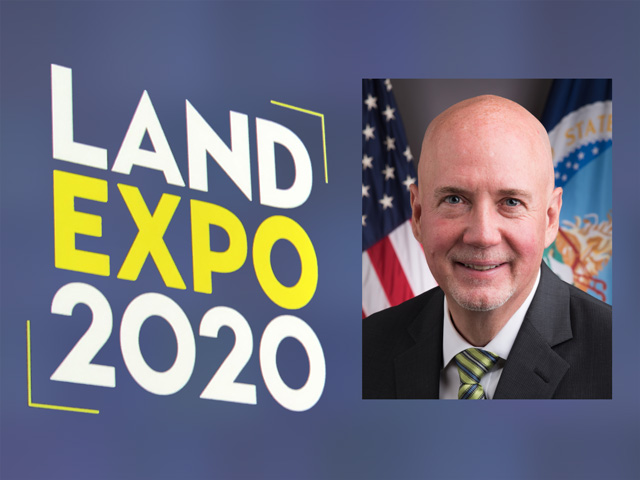