A White House spokesman confirmed to DTN that Trump will speak at the convention on Sunday. "The president is expected to tout his administration's work on behalf of American farmers, by strengthening our domestic energy policies and renegotiating trade deals to better benefit all Americans," the spokesman said.

It will be a victory lap for the president's trade agenda following his expected signing of a new agreement with China on Wednesday. Trump administration officials have stated the deal will lead to agricultural sales of $40 billion or more to China annually in the coming years.

The president also is on the cusp of seeing the successful renegotiation of the North American Free Trade Agreement (NAFTA) into the United States-Mexico-Canada Agreement (USMCA). The new trade deal, expected to boost agricultural exports by roughly $2.2 billion annually, is being held up by Senate committee hearings on the trade deal, and also the anticipated impeachment articles coming from the House to the Senate this week.

Agriculture also scored another trade win at the beginning of the year as Japan began lowering tariffs on agricultural products following an agreement signed last fall.

Trump spoke at the past two AFBF annual meetings where he has gotten strong support from the farmer audiences. When Trump first spoke at AFBF in 2018, it was the first time a president had addressed the group since George H.W. Bush in 1992.

"The American Farm Bureau is honored President Trump will return for a third consecutive year to speak with farmers and ranchers who work tirelessly to produce the quality food and fiber our country needs," said AFBF President Zippy Duvall. "We are grateful that he has made agricultural issues a priority and look forward to welcoming him to Austin at a time when there is much to talk about, from trade progress to important regulatory reforms."

The president also established year-long E15 ethanol sales last year, though his administration has drawn criticism from biofuel supporters for its handling of small-refinery exemptions at EPA. Andrew Wheeler, EPA's administrator, is expected to attend AFBF's annual meeting as well, along with Secretary of Agriculture Sonny Perdue. 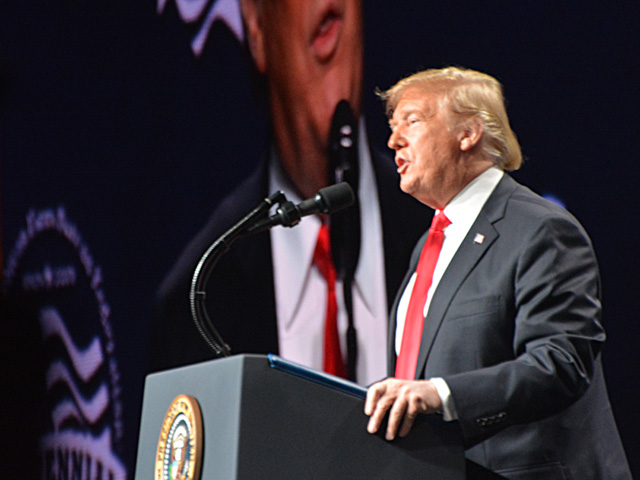