WASHINGTON (DTN) -- A multi-year extension of the Biodiesel Tax Credit was among the major provisions for agriculture in a massive federal spending bill that will fund the government through the end of September.

The House voted 297-120 on Tuesday to clear the $1.4 trillion bill that funds most major federal agencies with a rush to get the Senate to approve the bill before Friday to keep the government from shutting down. A national security funding bill also passed 280-138.

With a House impeachment vote expected Wednesday, the House and Senate are rushing to get some priority bills passed before the end of the week so lawmakers can leave town for the holiday season. The House also is expected to take up the U.S.-Mexico-Canada Agreement (USMCA) later this week.

The $1-per-gallon Biodiesel Tax Credit is retroactive from the start of 2018 and will run through the end of 2022. The Biodiesel Tax Credit expired at the end of 2017 and created two years of difficult challenges for biodiesel producers. Those plants will now reap the gains of recovering two years of backdated credits on their production, and the next two years, moving forward.

"Today's announced deal provides the policy certainty that the biodiesel industry has been seeking to support investments and continued growth of production," said Kurt Kovarik, vice president of federal affairs for the National Biodiesel Board. "NBB and its members are grateful that Congressional leaders are providing a positive signal before the year's end."

The tax credit was part of multiple "tax extenders" for businesses that were added to the spending package this week. Sen. Chuck Grassley, R-Iowa, chairman of the Senate Finance Committee, cited a deal reached to get the extenders package included. Grassley has remained one of the biggest advocates in Congress for the Biodiesel Tax Credit. He also noted the tax package provides a one-year extension of the Wind Energy Production Tax Credit.

"After years of uncertainty for many Americans, we've finally come to an agreement on the future of these temporary tax policies. Many people in my state, farmers and processors alike, can breathe a sigh of relief that Congress will extend the biodiesel tax credit retroactively and through 2022. That industry employs more than 60,000 Americans, including thousands of Iowans," Grassley said.

The appropriations bill also includes an additional $1.5 billion in disaster funding pushed by Sen. John Hoeven, R-N.D., chairman of the Senate Agriculture Appropriations Committee. The $1.5 billion, which had been unspent in 2017, will be added to $3 billion passed earlier in the year. Hoeven also included language making sugarbeet losses from this year's harvest eligible for disaster aid. The provision will also cover quality losses for those growers.

"We also added provisions to make sure that our sugar producers are included and to help cover quality, excess moisture and drought losses, which is helpful for our farmers and ranchers," Hoeven said. "We not only have low commodity prices but unprecedented weather. The disaster assistance and advancing trade agreements will help to get our producers through this tough stretch."

The House also included $550 million for USDA's rural broadband expansion program, ReConnect. The House had initially approved $605 million, but the Senate did not include funds for the program. A bipartisan push from nearly 50 rural congressmen kept funding for the broadband expansion. "We're obviously very pleased that ultimately we're keeping ReConnect funding level at FY19 levels, allowing this important program to continue," said Rep. Abigail Spanberger, D-Va., a member of the House Agriculture Committee.

The bill also includes $19.6 billion to add more agricultural inspectors at various ports of entry into the U.S. to curb the risks of foreign animal diseases or crop pests entering the country. The National Pork Producers Council stated the funding would reduce the risk of African swine fever showing up in the U.S.

"For more than a year, NPPC has advocated for an increase in the number of agricultural inspectors at our borders," said NPPC President David Herring, a pork producer from Lillington, North Carolina.

NSAC said, "In particular, we would like to thank appropriations committee members and congressional leadership for working together to find common ground on the Value Added Producer Grant (VAPG) program, a subprogram of LAMP. VAPG received $12 million in discretionary support out of a total $17.4 million provided to LAMP. VAPG has consistently delivered unparalleled support for farmers and food entrepreneurs, and provided taxpayers an excellent return on their investment by helping to spur job creation and economic revitalization in communities across the country. In addition to LAMP and FOTO, several other key farm programs also received increased discretionary funding, including the Farm and Ranch Stress Assistance Network (FRSAN), Rural Microentrepreneur Assistance Program (RMAP), and Conservation Technical Assistance (CTA) program.

"One of the few notable disappointments in this bill, however, is the lack of any additional discretionary support for the Sustainable Agriculture Research and Education (SARE) program. SARE is the nation's only farmer-driven research program and has driven innovation in research and agriculture for over 30 years. NSAC looks forward to continuing to work with our allies in Congress to ensure strong support for SARE going forward."

The Food Marketing Institute said it was disappointed that the bill "missed an important chance to fix a technical error in the Tax Cuts and Jobs Act, also known as 'the retail glitch.'"

Andy Harig, vice president of tax, trade, sustainability and policy development for FMI, said, "Since 2017, many qualified improvements to grocery stores and supermarkets have been put on hold due to a drafting error in the Tax Cuts and Jobs Act that makes these investments more expensive than before tax reform. The drafting error actually increases costs and discourages companies from making these types of investments, which affects economic activity in communities and impacts customer experience. We have paid an extraordinary political price on this issue that impacts every business improvement plan across all congressional districts."

The National Rural Electric Co-operative Association praised the bill for including the RURAL Act, which ensures co-ops that accept government grants for storm restoration or broadband are not at risk of losing their tax-exempt status. Another provision added, the SECURE Act, which will lower the premiums that electric co-ops pay to the Pension Benefit Guaranty Corp. (PBGC) for low-risk defined benefit pension plans. 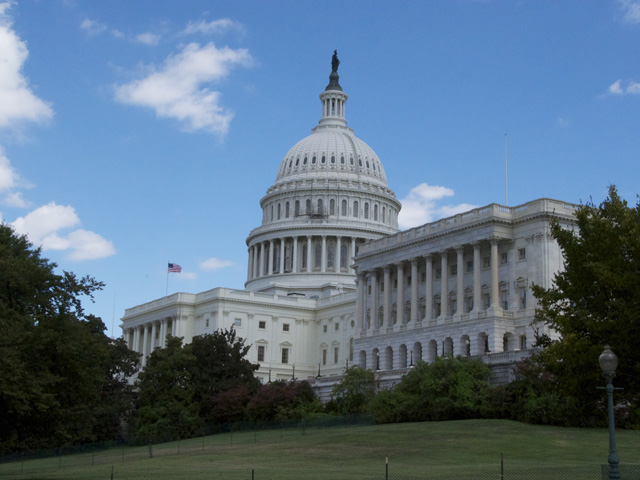