MOUNT JULIET, Tenn. (DTN) -- China and the U.S. reached a preliminary agreement on the first phase of a trade deal that includes increased purchases of U.S. agricultural products, although the amount wasn't specified.

The deal, which still needs to go through a legal review before it's signed into place, prevents a new tranche of tariffs from going into effect on Sunday. The 25% tariffs on approximately $250 billion of Chinese imports will remain, while a 15% tariff on $120 billion of imports will be cut in half, to 7.5%.

Chinese officials said the U.S. would remove tariffs in stages, but offered no further details.

President Donald Trump and other trade officials said the deal requires structural reforms and other changes to China's economic and trade regime in the areas of intellectual property, technology transfer, agriculture, financial services, and currency and foreign exchange.

"We will begin negotiations on the Phase Two Deal immediately, rather than waiting until after the 2020 Election," President Donald Trump tweeted Friday morning. "This is an amazing deal for all."

While the president and others have previously said China could commit to buying $40 billion to $50 billion of U.S. ag products, the Chinese have balked at committing to a dollar figure, instead saying the purchases needs to be based on domestic demand, which is under duress at the moment due to the outbreak of African swine fever.

According to the South China Morning Post, which is often viewed as a source of official news from Beijing, China purchased $137 billion worth of agricultural goods from all origins in 2018. The U.S. has never surpassed $30 billion of that total, coming closest in 2012. Last year, U.S. sales totaled only $9.2 billion as tariffs weighed on trade.

DTN Lead Analyst Todd Hultman said there's a lot still unknown about the deal announced Friday morning, and it's still possible something could fall through before the deal is signed.

"My main concern continues to be that China is taking their shopping list of U.S. goods already needed and is using that to negotiate lower tariffs," Hultman said. "It still looks like they are not willing to commit to $50 billion of U.S. ag purchases -- all in 2020 -- a much larger number than their typical bill. If they stay with the rumored $50 billion commitment, they will likely negotiate a longer time frame."

There is room for soybean prices to respond, with USDA's ending stocks estimate suggesting soybeans are currently trading about 50 cents per bushel below where they should. Response to the phase one news could boost prices as much as 30 to 40 cents.

"Given the conflicting trade rhetoric of the past 17 months of negotiating, it would be understandable if traders want to wait for the details before they celebrate too much," he said. "In the bigger picture, we can't celebrate too much, knowing that China still holds heavy tariffs on U.S. soybeans and pork, only waived at their discretion. Lest we forget, Brazil is on track to grow 4.5 billion bushels of soybeans in early 2020, much of it financed and encouraged by China's tariff on U.S. soybeans."

"America's farmers and ranchers are eager to get back to business globally," Duvall stated in a press release. "China went from the second-largest market for U.S. agricultural products to the fifth-largest since the trade war began. Reopening the door to trade with China and others is key to helping farmers and ranchers get back on their feet. Farmers would much rather farm for the marketplace and not have to rely on government trade aid, so today's news is especially welcome."

On Thursday, Agriculture Secretary Sonny Perdue said the third and final round of Market Facilitation Program payments for 2019 could be distributed in January, pending approval from the White House Office of Management and Budget. He also told farmers he wasn't going to make any commitments about continuing the program in 2020, urging them to "look at markets every year, make their planting decisions as they would, not expecting anything. I certainly don't want our farming community ... expecting an entitlement to Market Facilitation Programs on an annual basis." You can find more on Perdue's remarks, here: https://www.dtnpf.com/…

National Cattlemen's Beef Association CEO Colin Woodall said that while the industry is still waiting to learn more about the details, they're optimistic that this is the first step toward long lasting relief for farmers and ranchers.

"While tariffs grab most of the headlines, China's unjustifiable non-tariff barriers and restrictions on science-based production technologies must be addressed so that Chinese consumers can enjoy the same high-quality, safe and sustainably-produced U.S. beef that Americans have enjoyed for decades. We encourage the Trump Administration to keep working with China to establish meaningful market access and rules of trade based on market demand and science, most importantly. This is an important step forward and something that both countries must build on for our mutual prosperity."

The wheat industry also praised the news, saying they hoped an agreement would allow the industry to take advantage of beneficial revisions to the country's tariff rate quotas (TRQ) that were completed earlier this year. China agreed to expand its reduced tariff TRQ for wheat imports to 9.6 million metric tons, significantly above the 1.65 mmt of wheat the U.S. sold China in 2016-17. "We also believe that China's flour millers and growing baking industry would welcome the opportunity to purchase high-quality U.S. wheat classes again," a joint press release from the National Association of Wheat Growers and U.S. Wheat Associates stated.

The lack of public details about the deal did not go unnoticed. Brian Kuehl, co-executive director of Farmers For Free Trade, said while any relief is welcome, one-time purchase agreements are not a substitute for sustained market access.

"Our hope is that this is not another empty political promise to farmers. Since the trade war began, farmers have shouldered an enormous economic burden and repeatedly been promised deals that have not materialized. We appreciate that this agreement reduces the percentage of a portion of overall tariffs and focuses on commitments from China to American farmers. However, considering the vast amount of damage done to the ag economy, the U.S. and China need to get back to the negotiating table immediately to come to a comprehensive agreement that provides concrete relief now." 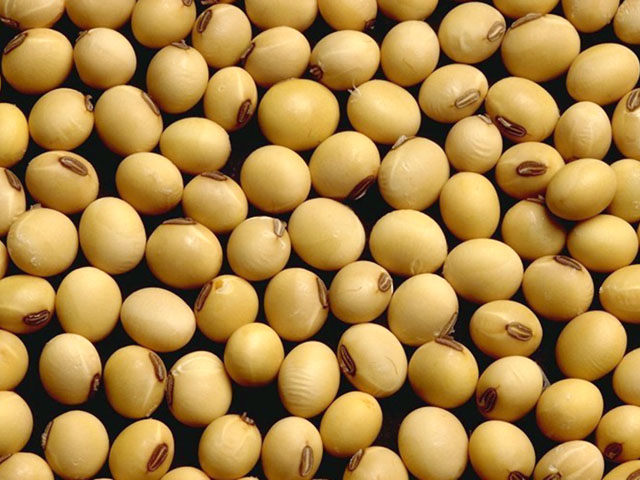