OMAHA (DTN) -- The agriculture industry celebrated the 2015 waters of the United States, or WOTUS, rule repeal that EPA finalized in recent weeks. But an attorney with the Pacific Legal Foundation and an official with a major agriculture group said farmers and ranchers still face regulation under the Clean Water Act.

On Oct. 22, 2019, the EPA and the U.S. Army Corps of Engineers finalized the repeal of the Obama-era rule that agriculture and other industry groups and states had fought in court for years.

"The 1986 regulations re-imposed by EPA this month are broader than the 2015 regulations the agency just repealed," said Tony Francois, senior attorney with the Pacific Legal Foundation.

Francois is the lead attorney in a lawsuit filed by the New Mexico Cattle Growers Association on Oct. 22, 2019. The lawsuit in the U.S. District Court for the District of New Mexico attempts to protect ranchers from what Francois said is a broader WOTUS definition under the 1986 rule.

Don Parrish, senior director of regulatory relations for the American Farm Bureau Federation, said the next year will be important for agriculture when it comes to supporting EPA's current efforts to rewrite the rule.

"The pre-2015 regs are problematic," he said. "They are expansive and lack the clarity we are hopeful the new regs will provide. We have two major goals -- killing the 2015 rules so they will never come back and a new rule that provides significantly more clarity than the '86 regs. To ensure we achieve both goals, we understand that we will have to go back to something before EPA finishes the new regs. If the process goes as we expect and hope, both the 2015 and the '86 regs and guidance will be history soon."

Parrish said the main concern is, if the EPA's repeal rule doesn't hold up in court, it has the potential to bring the 2015 rule back from the dead.

What is most problematic for agriculture with this lawsuit, Parrish said, is, if the court rules the agency should have promulgated the 1986 rule again instead of just reverting back to it, the 2015 rule could go back into effect until EPA completes the rewrite of the new rule.

The lawsuit claims the federal agencies violated the Administrative Procedure Act in promulgating the repeal rule and merely reverting back to the 1986 rule instead of re-introducing it for public comment.

The groups argue the 2015 WOTUS rule fixed a number of issues with the 1986 rule. That includes protecting waters that are not navigable in fact through the so-called "significant nexus" test put forward by Supreme Court Justice Anthony Kennedy. That suggested the Clean Water Act protects smaller tributaries if they have some connection to larger navigable waters.

"The manner in which the repeal has been carried out -- in essence, by executive fiat -- betrays an extraordinary disregard for federal rulemaking requirements and the views of the American public," the groups argue.

"The final repeal rule also reinstates an illegal regime -- the regulations that pre-dated the Clean Water Rule as limited by guidance that runs contrary to Supreme Court precedent, unlawfully leaving certain waters of the United States unprotected due to the guidance's unduly narrow interpretation of Justice Kennedy's significant-nexus test."

Francois argues farmers and ranchers in New Mexico are likely to see an expansion in the number of federal permits required while federal agencies conduct the current WOTUS rewrite.

"This will require them to seek federal permit approval at significant cost to use their property for its intended purpose," the lawsuit said. "Or it will require (the) plaintiff's members to seek a determination from the Army or a private party expert whether the 1986 regulations and related guidance apply to them.

"Because of the 1986 regulations' overbroad and illegal definition of the 'navigable waters' under the Clean Water Act, (the) plaintiff's members will now be required to obtain federal approval of new and ongoing land-use projects at a cost of tens to hundreds of thousands of dollars and months, if not years, of delay."

The lawsuit raises a number of jurisdictional concerns about the scope of the 1986 rule. The cattle group said the rule categorically regulates "all tributaries," broadly includes all wetlands defined to be adjacent to any tributary and regulates all interstate waters "regardless of navigability or connection to navigable-in-fact waters."

The New Mexico Cattle Growers Association argued in lawsuit that the 1986 rule is arbitrary and capricious and "undermines state power" to regulate waters.

Francois said all of those cases have challenged the implementation of the 1986 rules.

"Meanwhile, our clients are exposed to expanded Clean Water Act control under the 1986 regulations, which can be enforced through citizen suits and government enforcement suits years later, even after the regulations change," he said.

"Our clients cannot simply stand by while exposed to this kind of liability, as though they owe some sort of courtesy to the government in the ongoing political debate about the scope of the Clean Water Act."

Francois said the new definition currently being drafted proposes the continued regulation of intermittent drainages and many seasonal ponds on private farms and ranches while doing nothing to reform the interpretation of the farming exemption.

Portions of the 1986 version of the law were ruled unconstitutional by the U.S. Supreme Court in Rapanos v. United States in 2006, Francois said.

"So, for however long they are in effect, the newly re-imposed 1986 regulations will illegally assert the United States Army's regulatory authority over intermittent and ephemeral drainages and seasonal ponds on farms and ranches all over the country," he said.

In particular, Francois said, the 1986 law allows the federal agencies to "narrowly" interpret an exclusion for farming activities that Congress included in the Clean Water Act.

"This broadens the category of activities on private farms and ranches that would require dredge and fill permits, including -- more often than most farmers realize -- plowing and other tillage," he said.

"Dredge and fill permits require, on average, more than two years and more than $250,000 to obtain. The nation that requires its farmers to wait two years for permission from the Army before growing food will not eat well. So there is every reason to legally challenge EPA and the Army whenever they illegally attempt to assert control over farming operations on private property."

Francois said because environmental groups likely will sue to stop the new rule once it's finalized, it remains uncertain how long farmers and ranchers would fall under the auspices of the 1986 definition or even the 2015 rule.

"They (environmentalists) have a decent track record of obtaining injunctions against President Trump's deregulatory efforts," he said. "So, nobody really has any idea yet how long the illegal 1986 regulations will be in effect if left unchallenged." 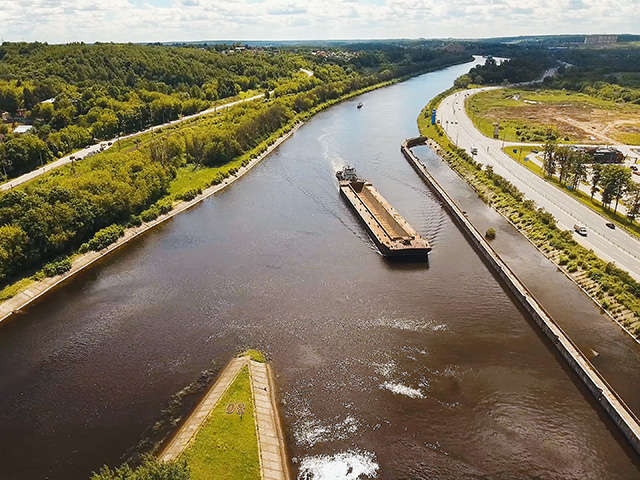