OMAHA (DTN) -- A large contingent of agricultural lobbyists joined President Donald Trump at the White House on Monday to sign a partial trade deal with Japan.

The agreement will lower or eliminate tariffs into Japan's markets for about $7 billion in agricultural products.

The trade deal puts U.S. agricultural exports to Japan largely on par with countries that joined the Comprehensive and Progressive Trans-Pacific Partnership (CP-TPP) in 2017.

American Farm Bureau Federation President Zippy Duvall attended the signing and the press conference. Duvall said the agreement means lower tariffs on U.S. farm and ranch exports with the prospect of even lower tariffs to come.

"We hope the momentum from this win carries through to the negotiations with China this week and sets the stage for similar bilateral agreements with other countries involved with the CP-TPP," Duvall said. "We appreciate this administration's efforts to improve trade opportunities for farmers."

Trump had signed the deal Sept. 25 in New York with Japanese Prime Minister Shinzo Abe. The agreement is set to begin on Jan. 1, 2020, but Japan's Diet, its bicameral legislature, still must approve the agreement before it is implemented.

Under the agreement, more than 90% of U.S. agricultural products and food exported to Japan will be either duty free or have lower tariff barriers. The U.S. exports about $14 billion in agricultural and food products to Japan, of which about $5.2 billion are already duty free, according to the U.S. Trade Representative's Office. Under the deal, Japan will reduce or eliminate tariffs on another $7.2 billion in agricultural or food products.

Fresh and frozen beef and pork will see lower tariffs as well. Japan will have some "safeguards" in place to avoid surges of imports of beef, pork and certain other products.

Japan would provide lower tariffs on about 240,000 metric tons of beef, or about 90% of what the U.S. exports to Japan. U.S. beef producers were seeking to lower the tariff from 38.5% down to 9% to match competitors.

Products that will see immediate removal of all trade duties include almonds, blueberries, broccoli, cranberries, grain sorghum, sweet corn, walnuts and other products.

"The Trump administration and negotiators for both countries clearly understood what was at stake for U.S. wheat farmers and made sure to have our backs in this agreement," said U.S. Wheat Associates (USW) President Vince Peterson, who attended the event at the White House.

At the signing ceremony, Trump was asked about negotiations with China. Another round of talks is expected to begin this week. Trump said he was confident they can reach a deal.

Asked if he would accept a partial trade deal with China, Trump said, "My inclination is to get a big deal." 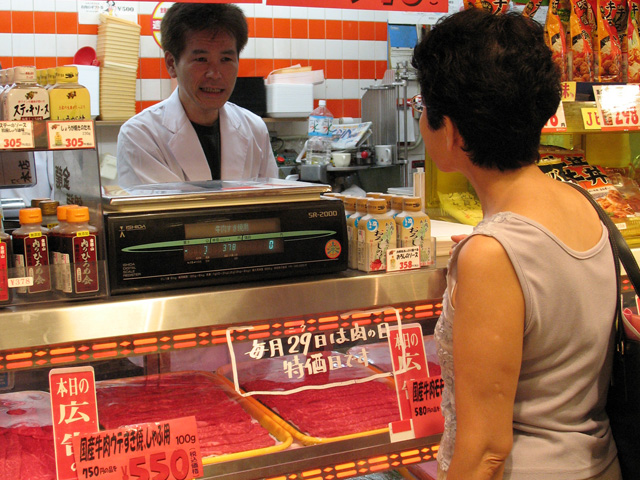