KANSAS CITY, Mo. (DTN) -- The waiting continues for the biofuels industry after meetings on the Renewable Fuels Standard continued last week at the White House, but no new details have emerged.

Steve Censky, deputy secretary for USDA, said at an agribusiness conference Monday in Kansas City that the Trump administration at the moment was not ready to release any new details on what might come from changes in volume obligations for ethanol and biodiesel to offset lost demand due to EPA's approval of small-refinery exemptions. Censky did indicate the administration is looking to ensure that policy changes would meet the blend levels spelled out in the RFS law.

"If we did have a deal, it probably wouldn't be me announcing it," Censky said. "It would probably be something that the president himself might like to announce."

Censky spoke at the Ag Outlook Forum, hosted by the Agricultural Business Council of Kansas City and AgriPulse.

Brett Frevert of CFO Systems, which provides financial support for the ethanol industry, told Censky he was at the event in June at the Southwest Iowa Renewable Energy (SIRE) ethanol plant when President Donald Trump announced year-round E15. But Frevert said the small-refinery exemptions can eliminate roughly 15% of the demand for corn, which is forcing ethanol plants to idle. Frevert said the ethanol industry cannot wait for a solution that would not kick in until possibly next summer.

"Putting something in place next summer will be awfully late," Frevert said.

Speaking to DTN, Frevert said he is "Very concerned the government will come out with something that they think feels pretty good and addresses the issue, but it's going to be very late."

The 31 small-refinery exemptions granted by EPA in August took about 1.6 billion gallons away from ethanol and biodiesel use. Farmers and biofuel advocates have been calling on President Trump since then to reverse the EPA policy or reallocate the lost gallons to other petroleum refiners.

Ken McCauley, a Kansas farmer and former president of the National Corn Growers Association, said farmers have not gotten a lot of satisfaction out of the meetings other than the fact the oil companies are upset that there are any talks at all.

"We think the oil company guys with the exemptions just need to do the right thing and the president just tell them this is the way it's going to be," McCauley said. "That hasn't happened yet."

McCauley added, "Reallocate is the word and I've stressed that from the beginning. I was involved in writing that bill (the RFS), and reallocation is in the bill. They just haven't used it yet."

Censky did suggest the administration's plan will be looking at building on E15 with investment incentives for infrastructure at service stations.

"We also need to make sure we are meeting the RFS levels and they are not being diminished, and one of the things we are doing and taking a look at is how can we partner with the industry and build out some of that infrastructure that is needed to switch retail stations that are just offering E10 to offer E15," Censky said.

Censky said USDA is looking at some of its resources, such as Rural Development funds, to boost E15 pumps and other related infrastructure.

A bipartisan group of 25 congressmen from 11 states sent a letter to EPA expressing concern about the agency's "continued abuse of small-refinery exemption authority, the uncertainty involved in a possible reset of statutory volumes and the negative economic implications these realities are having on our rural communities."

The lawmaker stated the last round of 31 small-refinery exemptions (SRE) announced by EPA "continues to cast serious doubt on the agency's ability to administer the RFS consistent with congressional intent," the lawmakers wrote. They cited at least three ethanol facilities have permanently closed and 14 others have idled, "affecting nearly 3,000 jobs and hundreds of millions of bushels of corn on an annual basis."

The lawmakers asked EPA to account for the SREs by reallocating waived gallons when approving RFS volume obligations. "Our farmers and rural communities are hurting, and we need the EPA to stop undermining the RFS," the congressmen wrote.

A full copy of the letter to EPA Administrator Andrew Wheeler from members of Congress can be viewed here: https://www.scribd.com/… 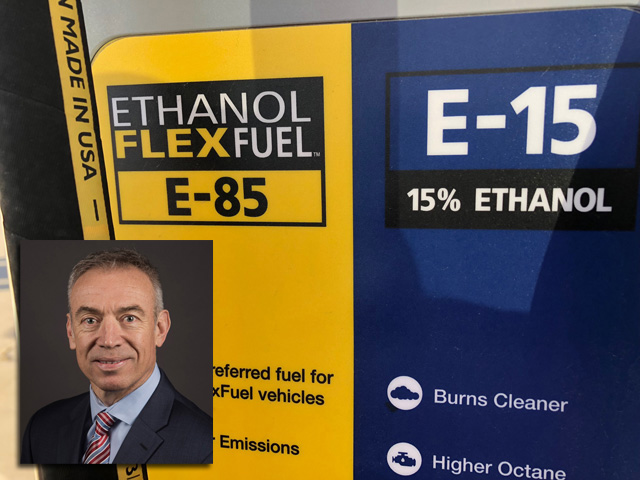