WASHINGTON (DTN) -- Top Democrats on the House Agriculture Committee are pushing back on plans by other House Democrats to potentially block or delay more Market Facilitation Program payments to farmers.

The Commodity Credit Corp., USDA's fund being used to pay the MFP payments, has a $30 billion cap that is close to being reached, largely because of $12 billion used last year for MFP payments and $16 billion added this year for a second year of the MFP created in the spring.

The Trump administration wants Congress to bolster funding for the CCC in a continuing resolution (CR) -- a short-term funding measure -- expected to advance in short order to avoid another possible federal shutdown on Oct. 1 when the new fiscal year is scheduled to begin.

The Washington Post reported last week that Rep. Nita Lowey, D-N.Y., chair of the House Appropriations Committee, was blocking the administration's funding request for the CCC in the short-term spending bill. Without having the language in the CR, the Market Facilitation Program payments would have to be put on hold until Congress passes its appropriations for FY 2020.

Rep. Mike Conaway, R-Texas, ranking member of the House Agriculture Committee, tweeted: "Democrats are threatening to harm rural America in an attempt to damage @realDonaldTrump by preventing USDA from providing support to ag producers. They are playing political games w/ farmers in a time of unprecedented challenge."

House Minority Leader Kevin McCarthy, R-Calif., also tweeted: "Farming is hard enough work as it is. But now Democrats are trying to squeeze American farmers even more by blocking a program that helps them withstand China's unfair trade policies. We've got to start putting America first!"

In a joint statement issued Monday, the House Agriculture Committee chairman and two subcommittee chairs said they are working to ensure USDA would be able to move forward with more MFP payments after Oct. 1, the start of fiscal year 2020.

"As Members of Congress who represent agricultural communities, we repeatedly hear from farmers in our districts whose livelihoods have been severely impacted by the ongoing trade wars," the three Democratic lawmakers wrote in a statement. "Although we mutually have concerns with President Trump's approach to trade negotiations, we refuse to engage in the same tactics that punish our constituents and harm our communities that rely on agriculture."

The three Democratic lawmakers added that the upcoming continuing resolution should include language requested by USDA that would allow the department to access the $30 billion in spending of the Commodity Credit Corporation prior to Oct. 1 to ensure that MFP and farm bill payments continue to go out.

"We cannot and will not allow our farmers to be used as political pawns," the three House Ag leaders stated.

In a separate statement, freshman Rep. Abigail Spanberger, D-Va., also a House Agriculture Committee member, called for House leaders to ensure the MFP payments would not be slowed.

"Without these payments, we'd risk digging a deeper hole within the farm economy, and we'd turn a blind eye to the day-to-day challenges facing American farmers due to destructive and disjointed trade policies," Spanberger said.

Congress has halted the use of CCC funds in the past. Under the Obama administration, Agriculture Secretary Tom Vilsack approved using CCC funds for disaster aid in Southern states, mainly Arkansas, in fall 2010 as then-Senate Agriculture Committee Chairwoman Blanche Lincoln, a Democrat, was in the middle of tough campaign fight she would eventually lose. Congress then restricted the use of CCC funds by the Obama administration, and the restrictions were not lifted until Agriculture Secretary Sonny Perdue requested Congress do so in 2018.

The House Agriculture Committee is scheduled to hold a hearing on USDA disaster programs on Thursday. 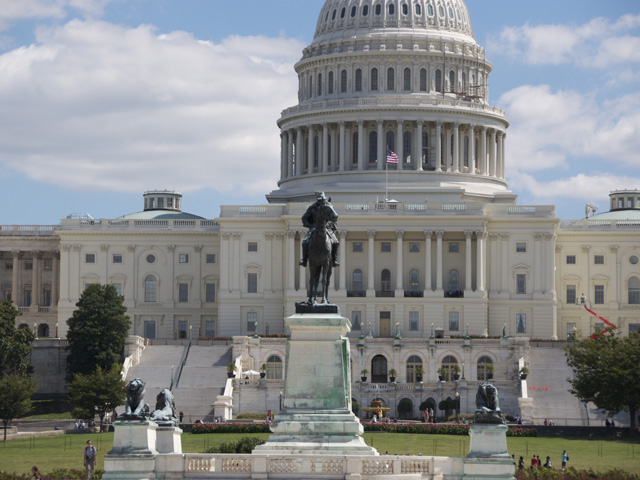