The Protecting America's Food and Agriculture Act of 2019 would address the shortage of agricultural inspectors at ports examining imported food and agricultural products. Senators stated the bill would authorize the U.S. Customs and Border Protection (CBP) to hire more inspectors for airports, seaports and land ports of entry.

The legislation would allow CBP to hire 240 more inspectors annually who would specialize in agriculture, as well as 200 technicians to support those inspectors. The bill also would allow adding 20 new canine teams annually.

The bipartisan bill advanced out of the Senate Homeland Security and Governmental Affairs Committee after being introduced by Sen. Gary Peters, D-Mich., ranking member of the committee; along with Sen. Pat Roberts, R-Kan., chairman of the Senate Agriculture Committee; and his ranking member, Sen. Debbie Stabenow, D-Mich. Sen. John Cornyn, R-Texas, also is a co-sponsor on the legislation.

Sen. Roberts noted he was pleased the bill had advanced. "The Department of Homeland Security is a fundamental partner in supporting American agriculture, one of our national critical infrastructures," Roberts said. "The protection of our agriculture and food supply chain is of utmost importance, and this bill aims to do just that through a strengthened workforce at our borders."

The legislation comes as the pork industry seeks to ward off the risks of African swine fever entering the U.S. Back in March, CBP agents seized around 1 million pounds of Chinese pork that had been shipped in more than 50 containers to Newark, New Jersey. CBP needed more than 100 agricultural specialists and dogs to uncover the pork, which had been smuggled with boxes of ramen noodles and detergent, the news website NJ.com reported at the time.

"We appreciate all that the U.S. Department of Agriculture and the U.S. Customs and Border Protection are doing to strengthen biosecurity at our borders," Herring said. "To further safeguard American agriculture, we need additional agriculture inspectors at our sea and airports. This essential legislation will help address the current inspection shortfall, reduce the risk of ASF and other foreign animal diseases and protect the food supply for U.S. consumers."

While there has been no evidence the pork seized in March was contaminated with swine fever, the case still reflects the potential risks and scale of illegal agricultural smuggling into the U.S.

Barb Glenn, CEO of the National Association of State Departments of Agriculture (NASDA), thanked Sens. Peters and Roberts for introducing the legislation.

"Invasive species have been estimated to cost the U.S. economy more than $120 billion annually, with more than half of that amount representing damage to American agriculture," Glenn said.

The bill has the support of a broad array of business groups, including NPPC, NASDA, the American Farm Bureau Federation and U.S. Chamber of Commerce. 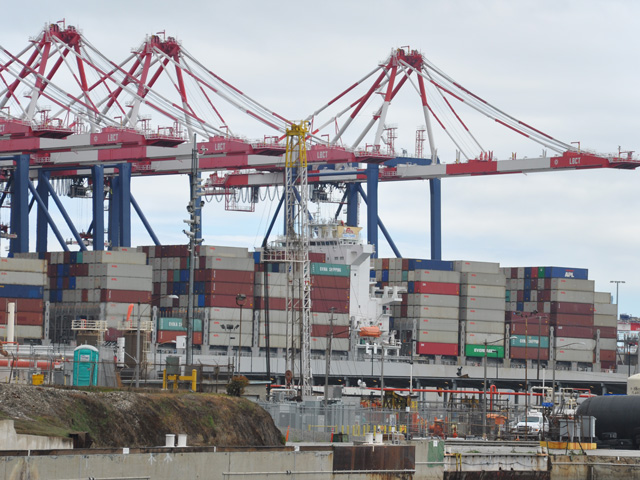