DES MOINES, Iowa, (DTN) -- The uncertainty of the federal Renewable Fuels Standard and political fights with the petroleum industry are giving more weight to the need for major biofuel states to consider their own low-carbon fuel standards.

After years of pushing for a federal low-carbon fuels standard, the Governors' Biofuels Coalition is turning more attention to states with governors who want to reduce greenhouse gas emissions or governors in states with large renewable fuel industries, said Larry Pearce, executive director of the coalition.

"We can't get significant policy work done on the federal level that we need to get done," Pearce said.

Pearce highlighted the policy challenges at the BIO World Congress on Tuesday. Des Moines is hosting the BIO World Congress through Wednesday with more than 900 people from an array of biotechnology industries. The conference, though, is centered around themes tied to biofuels and agricultural sustainability.

Several events at the World Congress focus on alternative proteins, gene-editing technology and regulation, and various ways to expand bioenergy.

Pearce said more than a decade ago the group was getting senators to co-sponsor legislation for a national low-carbon fuels standard, but those kinds of initiatives have largely ground to a halt in Washington, D.C., he said.

"The petroleum industry is largely dictating what we do now and it's a nightmare," Pearce said.

The lobbying battle between biofuels and petroleum have become "so toxic" that Pearce said the biofuels coalition is turning attention more to strong biofuel states "where we have the political clout and where we have the talent to get it done, but that's kind of a shift from the model that's been used over the years."

A big question is whether more states will opt over time to create their own low-carbon fuel standards. California's low-carbon fuel standard right now is driving more efficiencies and carbon-intensity focus at Midwest ethanol plants. California's standard ratchets down the carbon intensity score for fuels over time and is driven to help lower the state's emissions at least 20% by 2030.

"That's a very strong long-term market signal and it has been very effective out there," said Graham Noyes, a California attorney and executive director of the Low Carbon Fuels Coalition.

Noyes later added, "There are robust discussions going on in the Midwestern states. Many of the ethanol states, I think, are seeing the value of the low-carbon fuel standard in a few of the states and wondering why there isn't something more like this closer to home rather than sending everything to California."

With the California standard, efficiency and process improvements in producing biofuels have become monetized, Noyes said. "That creates a big driver and has really driven carbon intensity in the ethanol space down, and in other energy spaces," Noyes said.

Carbon credits in California for corn ethanol are selling at 37 cents a gallon, which compares to 12 cents a gallon reported right now by EPA for a D-6 Renewable Identification Number (RIN). The California program is also driving E85 growth as much 30% to 35% a year as well.

"California's program is substantially outperforming the Renewable Fuels Standard in terms of its value per gallon," Noyes said.

"That's why each of these programs needs to be tailored to address the political and environmental environment in each state," Pearce said.

Smithfield Foods announced just last month it was constructing new biogas systems at its swine operations in Missouri and Utah. The company stated over the next decade it would build "manure-to-energy" projects in nearly 90% of its finishing operations in North Carolina, Utah and Virginia, and nearly all of its Missouri finishing operations. Smithfield is partnering with natural gas companies to capture those California RNG credits from those carbon intensity scores.

Nina Kapoor, director of state government affairs for the Coalition for Renewable Natural Gas, said renewable natural gas only makes up about 7% of California's low-carbon fuels, but the fuel has the potential to grow dramatically because of the value those carbon-intensity scores provide the livestock industry. "It's very, very lucrative," Kapoor said. 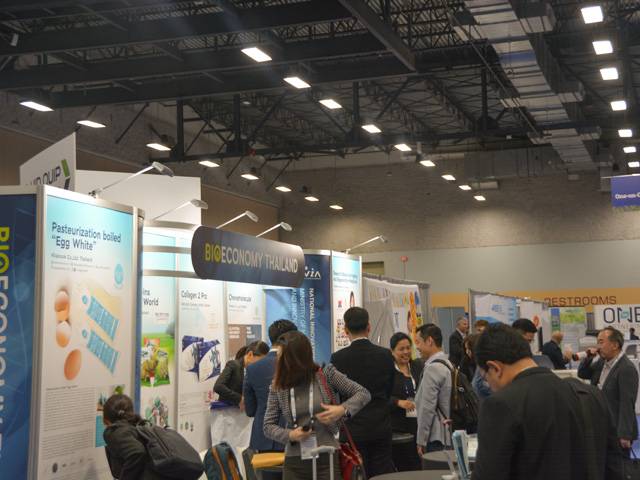