OMAHA (DTN) -- President Donald Trump will take his message about border security and the highlights of his presidency to another friendly crowd Monday as he again keynotes the 100th meeting of the American Farm Bureau Federation in New Orleans.

The president spoke at last year's event in Nashville, Tennessee, and remarked that he was disappointed to hear it was the 99th annual meeting. "You understand, 100 is so much cooler, I have to be honest. So I will be back next year," Trump said at the time.

The president and Congress appear dug in on the funding for the border wall, and if the partial government shutdown extends past Friday, it will become the longest such closure of the federal government in history.

A presidential speech, though, will add more pomp and circumstance to the American Farm Bureau Federation annual convention and IDEAg Trade Show, said Scott VanderWal, president of the South Dakota Farm Bureau and vice president of AFBF. "It will really cap off the centennial."

Despite the contentious political battle in Washington, D.C., the president will likely have a friendly crowd for his message on Monday. Farm Bureau members might not agree with the shutdown, but they do support securing the border, VanderWal said.

"Very likely most of the folks at our convention will agree with what he's doing," he said.

The immigration issue is a big one for Farm Bureau, which has been seeking to overhaul the current H-2A agricultural work visa program for at least a decade.

"We've got such a long-standing policy of trying to fix ag labor, and that's got to be a vital part of this," VanderWal said. "And I know they are not talking about ag labor right now, but border security. The ag labor part of it has to come along where we can get a consistent, legal supply of workers for agriculture, and other industries for that matter, and it really needs to start with securing the border."

A bill that would have made several changes to agricultural guest workers passed the House Judiciary Committee last year, but stalled because of opposition from both parties.

"It's really going to be tough going forward with the political climate in Congress," VanderWal said. "It's been like a third-rail issue all of these years."

VanderWal said the government shutdown is an irritation to a lot of people and affecting farmers in various ways. There's no access to the Farm Service Agency right now, and crop reports have been delayed. Work on the new farm bill is also delayed, he noted.

Outside of the president's visit, AFBF's program shows multiple breakout sessions on niche agriculture and marketing, including conversion to organic production and direct marketing specialty products.

"I think it's a sign of nationwide agriculture," VanderWal said. "When you go to both coasts, especially in the Northeast and Southeast, there are so many of these roadside markets now with people growing fruits and vegetables. So this is what we are taking a look at, with [what] the future of agriculture on the coasts realistically has to look like."

Farm Bureau will hold a special commemoration of the group's history throughout the event.

"Any organization that lasts 100 years has done something right, so we are going to celebrate that," VanderWal said. "But we're also going to look forward and look at some issues such as the changing face of agriculture and changes in the country in general. How do we stay relevant and strong and thrive going into the next century? Things are changing so drastically and so fast, especially in regard to technology."

There also are questions about where Farm Bureau fits in with the national policy discussion, especially considering there are fewer than 50 House members who have significant agricultural production in their districts, VanderWal said. "That's something we're really going to have to look at from a leadership standpoint going forward."

Todd Hultman, DTN's lead analyst, will hold a session Sunday on the market direction for grains and oilseeds. Jim Block, DTN's chief meteorologist, will also hold a session Monday morning on new weather technology and how better weather tools help the decision-making process on the farm.

More details on the AFBF convention schedule can be found at: https://www.fb.org/… 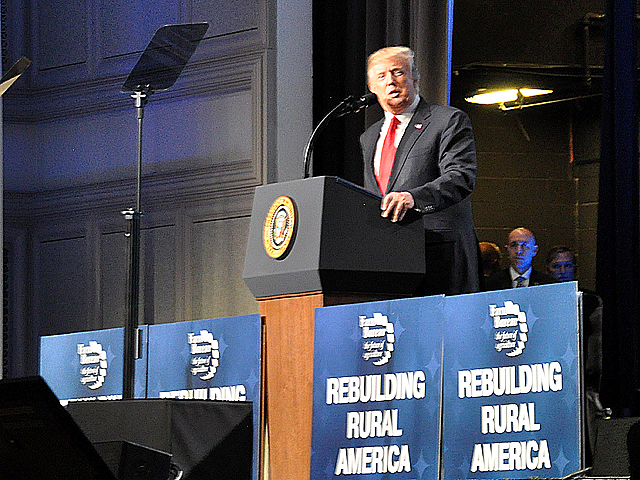