OMAHA (DTN) -- Kansas Sen. Pat Roberts, chairman of the Senate Agriculture, Nutrition and Forestry Committee, announced Friday he would retire at the end of his term and not seek re-election in 2020.

The crusty 82-year-old known for his sharp wit in Senate hearings has been a staunch defender of production agriculture and the safety net that supports those farmers. He led the charge to ensure crop insurance remained the centerpiece of the farmer safety net in the build-up to the 2018 farm bill.

Roberts noted the historic vote margin for the final 2018 farm bill, the eighth farm bill Roberts has worked on in Congress.

Roberts has served Kansas in Congress since 1981, first as a congressman until the 1996 election when he moved to the Senate, in which he has served four terms. Roberts is the longest-serving member of Congress to come from Kansas.

Roberts served as chairman in some way for six committee assignments, including chairman of the Senate Intelligence Committee and Senate Ethics Committee. Roberts chaired both the House and Senate Agriculture Committees -- twice, as he noted Friday.

"As the only two-time chairman of the both House and Senate Agriculture Committees in congressional history, I've always proudly been a champion for agriculture," he said at a brief speech in Manhattan, Kan., on Friday.

A fourth-generation Kansan, Roberts bleeds Kansas State University purple. He also served in the Marine Corps from 1958-62, achieving the rank of captain. He also worked as a newspaper reporter in the 1960s before working in Congress for then-Rep. Keith Sebelius, whom he eventually succeeded.

In his speech, Roberts pointed to the National Bio and Agro-Defense Facility near where he gave his remarks. Roberts lobbied aggressively for the facility to be located near K-State and secured funding for the project. He said the facility "is the anchor of our state's new economy based on research infrastructure and, of course, agriculture. It will create jobs for our citizens and innovation for the world."

Roberts' partner on the Senate Agriculture Committee, Ranking Member Debbie Stabenow, D-Mich., issued a statement, "Throughout his career, Pat Roberts has been a true champion for American agriculture and for Kansas farmers, ranchers, and families," Stabenow said. "Day in and day out, he defines what it means to be a consensus builder. As my true friend and partner on the Senate Agriculture Committee, he always puts the needs of our farmers and ranchers first and never wavers in his commitment to getting things done."

Stabenow added, "It is an honor to serve with him and I look forward to working with him over the next two years on the important issues facing our farmers and families."

Roberts' retirement will lead to some jockeying among Kansas Republicans for the open seat. Republicans in 2020 will have a similar challenge to what Democrats faced in 2018 in that the GOP will have to defend 22 of the 33 Senate seats on the ballot. 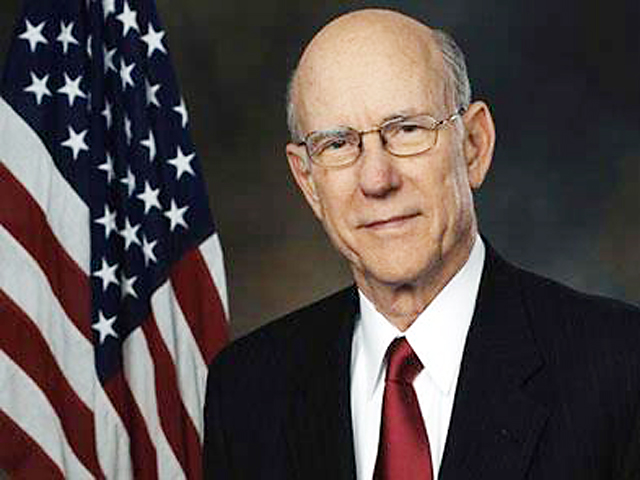