OMAHA (DTN) -- The midterm election Tuesday was the big "blue wave" that became more of a mild blue tide as Democrats captured the House, but Republicans held their own and gained Senate seats.

Going late into the evening, projections saw Democrats gaining more than enough seats to capture control of the House of Representatives, which Democrats lost in 2010.

Republicans held on to key Senate seats and even made some pickups by knocking off Democratic incumbents in Indiana, Missouri and North Dakota and holding a late lead in Florida as well. The Arizona race remained too close to call late in the evening.

In some key governor races, Republicans held Florida and Georgia, but Democrats were leading in Republican-held states of Kansas and Wisconsin late in the evening. Rep. Tim Walz, a Democrat and member of the House Agriculture Committee, won Minnesota governor's race. Democratic Rep. Michelle Lujan Grisham, a member of the House Agriculture Committee, won the governorship of New Mexico. Michigan and Illinois were called as governor's seats that flipped from GOP to Democratic. Rep. Kristi Noem, a Republican and former Ag Committee member, was leading in the South Dakota governor's race.

Republican Rep. Rodney Davis, a three-term incumbent and member of the House Agriculture Committee, lost in the Illinois 13th District to Betsy Dirksen Londrigan, a former teacher who focused on Davis' health-care votes.

Embattled Rep. Steve King, in Iowa's 4th congressional district, held off his toughest Democratic challenger yet as controversial comments on race and diversity nearly cost King in a normally reliably conservative area. King is a senior member of the House Ag Committee.

Reflecting some of the change in Congress, Rep. Pete Sessions, R-Texas, chairman of the powerful House Rules Committee, lost his re-election to Democrat Colin Allred, a former pro football player and attorney in the Obama administration.

In North Dakota, GOP Rep. Kevin Cramer will move to the Senate after defeating incumbent Democratic Sen. Heidi Heitkamp, also pegged early as one of the most vulnerable Democratic incumbents.

Drama came early on election night in key races in Florida. Democratic Sen. Bill Nelson fell behind in Florida to GOP Gov. Rick Scott, who was down by more than 56,000 votes with 99% of precincts reported.

In another GOP gain, Missouri Sen. Claire McCaskill lost to Republican Josh Hawley, the state's attorney general. Hawley carried nearly every rural county in the state in getting the win.

In Montana, early on Democratic Sen. Jon Tester, a farmer, was leading his race even after being considered one of the more vulnerable incumbents.

In Mississippi, Democrat Mike Espy, a former secretary of agriculture under former President Bill Clinton, was leading late into the evening over appointed incumbent Sen. Cindy Hyde-Smith by 41.6% to 40% with 75% of precincts voting. With Chris McDaniel, another Republican in the race pulling nearly 17% of the vote, Espy and Hyde-Smith will be forced into a runoff race at the end of November. 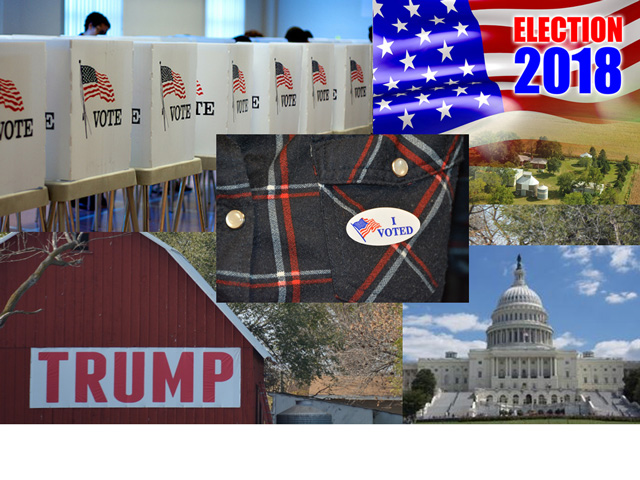