DES MOINES, Iowa (DTN) -- Conservation practices can pay out financially for farmers, but it's the landowners who gain the most benefits by increasing the long-term value and resiliency of farmland.

Farmers with a strong focus on conservation wanted to better understand the impacts of specific practices on farm budgets. They asked the Environmental Defense Fund to analyze conservation and finances. EDF brought in accounting firm K-Coe Isom to run the financial numbers on three farmers, as well as compare the outcomes to 10 other farms in one of K-Coe's finance programs.

The net annual returns were positive for practices such as no-till and cover crops. The report detailed farmer expenses and gains, but also looked at what the financial value means for business partners such as lenders, crop insurers and landowners.

"It shows conservation can pay for farmers, but usually they take on all of the costs themselves in making that transition," said Maggie Monast, senior manager of economic incentives and agricultural sustainability at EDF.

The report focuses on farm finances, but it comes as the House and Senate Agriculture Committees are debating differences in their separate versions of the new farm bill, including a split in the two bills on conservation programs. The Senate version of the farm bill spends about $1 billion more over 10 years on conservation than the House bill, and the Senate bill keeps the Conservation Stewardship Program. The House bill merges parts of CSP into the Environmental Quality Incentives Program.

Conservation can provide an annual return for the farmer, but the bigger value comes down the road in the long-term benefits for the land. "But so many of our leases are negotiated on an annual basis," said Scott Henry, who farms near Nevada, Iowa, and is one of the farmers who took part in the study.

"There is a benefit to landowners for having conservation practices implemented on their farm ground, but the real question is, what is their role at the table? Does the operator carry all of the burden, or are they (landowners) able to or should they be encouraged to participate in implementing these practices?" Henry said.

EDF detailed the findings in a roundtable to farm groups, lenders and conservation organizations to see where some opportunities can develop to help farmers better leverage their conservation work in different ways.

One of the bigger takeaways from what the farmer is gaining financially from stewardship is an overall management change for the farmer, Monast said. "There are lots of little changes throughout the budget. You're not seeing one massive change in one budget item. But those little changes, cost savings and yield impacts add up."

Alan Grafton, a principal and director for K-Coe Isom, analyzed the farmer financial records and talked with the three farmers from Iowa, Kansas and Ohio about their overall farm operations and then compared them with other farmers in a finance course, some of whom adopted various conservation practices and some who did not.

"We're kind of used to breaking down that information," Grafton said. "We looked through operations when it came to fuel, fertilizer, chemicals, labor and cover crops. There's no silver bullet or one aspect that is a phenomenal game changer, but it's the transformation of the land that changes it and makes it more highly productive when you look at the balance sheet."

Henry uses precision agricultural practices, nutrient management and cover crops on more than 1,900 acres of seed and commodity corn, as well as no-till practices on most of his 4,600 total acres, waterway buffer strips, split-nitrogen applications and slow-release nitrogen products throughout his farm. He also participates in state cost-share programs for cover crops.

"There wasn't just one over-arching line item that provided the most impact," Grafton said. "It really took several areas to build up that balance sheet." He also added, "Farmers also need to keep in mind you don't have to have a wholesale change that has to happen all at once. You can try out a practice on a smaller piece of ground."

But the cash-rent aspect of farming now also disconnects the annual cost-benefit for operators compared to the long-term increase in land productivity for landowners. The renter bears the cost and risk for trying new practices on the land.

"That actually disincentives the farmer from trying something new and also goes against the landowner's own interest in maintaining and increasing the productivity of their own land," Monast said.

Henry began planting cover crops because one landowner had a focus on conservation and also agreed to share the costs of initially implementing those practices. Other landlords haven't made that commitment, but Henry said he has seen that landlords now want more information on his farming practices from year to year.

K-Coe Isom also showed financial benefits for farmers while not factoring in any federal or state conservation payments the farmers might receive. Pulling out the program payments better showed what it truly costs to produce the crop, Grafton said.

"The program side will continue to provide incentives too for farmers to take advantage to these opportunities," Grafton said.

Multiple groups tried to encourage the House and Senate Agriculture Committees to look at ways to tie conservation practices to potential crop-insurance premium savings, but the committees largely rejected such efforts in drafting their farm bills. For groups such as EDF, this is a direction that needs to happen.

"We obviously need more data on the environmental and financial case for conservation," Monast said. "But we think there is a clear value proposition to farmers' business partners -- insurers, lenders and landowners. And, right now, this is not being recognized by these entities."

Henry said he realizes none of this will be in a policy book next year, but over time, it should translate into more cost-saving benefits for farmers. Private crop insurance policies outside of the federal program may be more willing to move ahead.

"I think there's a lot of apprehension on trying to propose or force certain practices from a federal level," Henry said. "Where we see this really having some applications is maybe in some private products. If we can start having this data or more reports proving there are real economic incentive or risk-mitigation potential to what the conservation practices are bringing to the farm, then that should have some sort of trickle-down effect in the different areas."

Henry said he hopes such studies can boost conservation practice adoption rates by farmers if both farmers and landowners can see the net financial benefits.

"That's what I think I get excited about is a farmer-led initiative, or at least producer-inspired, can at least get the ball rolling," Henry said. "There are some really cool spider-web type of opportunities that I think can come out of this, and hopefully this is only the beginning."

EDF's full report looking at the finances of on-farm conservation can be found at https://goo.gl/… 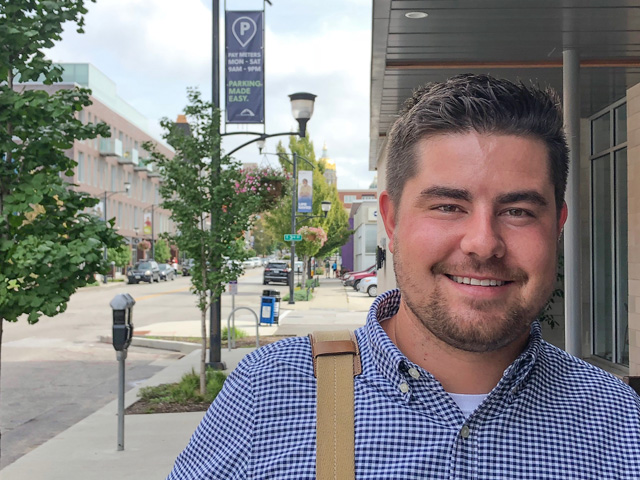