OMAHA (DTN) -- Three California agriculture interest groups sued the U.S. Fish and Wildlife Service on Monday. They claimed in a lawsuit in federal court that the agency harmed ranchers when it didn't follow federal law when it declared ranchlands as critical habitat in the state.

The groups include the California Cattlemen's Association, California Farm Bureau Federation and the California Wool Growers Association. They allege, in a federal complaint filed in the U.S. District Court for the District of Columbia, the USFWS failed to comply with the Regulatory Flexibility Act when the agency designated more than 1.8 million acres in 16 California counties as critical habitat for three amphibian species.

The act requires a federal agency to conduct a detailed analysis to examine the potential effects on small entities including small businesses, organizations and government entities. It requires federal agencies to consider alternatives to the rule that "lessen significant impacts."

"The U.S. Fish and Wildlife Service claims it is exempt from providing such an analysis because the ESA imposes regulatory burdens only on federal agencies which are not small entities under the RFA," the lawsuit said.

"This is incorrect, both factually and legally. The ESA imposes direct and indirect regulatory burdens on anyone who owns or uses critical habitat, such as the plaintiff ranchers and farmers who are small entities under the RFA and who rely on critical habitat areas for grazing and livestock production. The service's claim that it is exempt from the RFA when designating critical habitat conflicts with the RFA itself, case law interpreting the act, guidance documents for implementing the act, and executive orders directing compliance with the act and other laws."

The USFWS published a proposed rule on April 25, 2013, designating critical habitat for three amphibian species including the Sierra Nevada yellow-legged frog, the Northern DPS of the mountain yellow-legged frog and the Yosemite toad. The final rule was issued on Aug. 26, 2016.

"That rule included a draft economic analysis of impacts on some small entities but the analysis was incomplete under the RFA," the lawsuit said.

"Among other things, the draft economic analysis did not consider all the impacts of the designation on small entities including loss of property and business value, increased compliance costs, and livestock management changes."

The USFWS said in its proposed rule, "It is our position that only federal action agencies will be directly regulated by this designation. Therefore, because federal agencies are not small entities, the service may certify that the proposed critical habitat rule will not have a significant economic impact on a substantial number of small entities."

The three California ag groups filed comments with the USFWS on March 7, 2014, opposing the critical habitat designation. In the lawsuit, the groups ask the court to order the USFWS to go back complete the economic analysis.

As part of the rulemaking process, the USFWS concluded that grazing is a risk to at least one of the amphibian species. In a March 7, 2014 comment letter to the USFWS, the groups provided a study that conflicted with the agency's conclusions.

Earlier this month more than 400 conservation and environmental groups sent a letter to leaders in the U.S. House of Representatives and the U.S. Senate, http://bit.ly/…, asking lawmakers to leave the Endangered Species Act in place.

Back in February, the Senate Committee on Environment and Public Works held a hearing on potential modernization of the ESA, http://bit.ly/…. 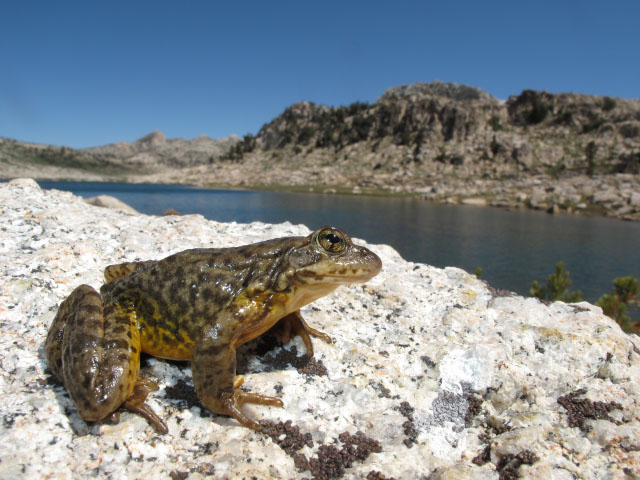