OMAHA (DTN) -- While President-elect Donald Trump has filled out most of his top cabinet posts, internal battles within his transition team have stalled the selection of an Agriculture secretary nominee.

The Washington lawyer who put together Trump's 64-member agricultural advisory team last summer is criticizing at least one of the potential candidates being vetted for Agriculture secretary -- Democratic Sen. Heidi Heitkamp of North Dakota.

Along with the Agriculture secretary, Trump's transition team has yet to name an administrator for the Veteran's Administration and the ambassador to the U.S. Trade Representative.

As first reported by the San Antonio Express-News, long-time Republican lawyer Gary Baise emailed key members of the Trump transition team and agricultural advisers on Friday stating that he had been told by a person on the transition team to "back off" some of his complaints about Heitkamp. Baise stated in the email, "Rest assured I will not. I am speaking and reflecting you, Mr. Trump and agriculture's best interests -- not some politically correct solution."

In a phone interview Monday with DTN, Baise said he is upset that Heitkamp, a Democrat, continues to be a possible candidate for the Agriculture secretary nomination.

"All I am doing is reflecting the views of all of these folks," Baise said. He added he is putting together a list of people opposed to Heitkamp to provide to the transition team in the next few days.

Nominating Heitkamp would put a Democrat in the cabinet, but would also give Republicans a chance to increase their seats in the Senate through a special election in North Dakota. Baise said that would benefit Senate Majority Leader Mitch McConnell, R-Ky.

Spokespeople for Heitkamp declined to comment on the complaints.

Baise certainly isn't the only member of Trump's agricultural advisory team with strong opinions on the Agriculture secretary post. Kansas farmer Jay Armstrong, immediate past chairman of the Kansas Wheat Commission and a board member for the Farm Foundation, said his first criteria to lead USDA is "someone from outside of the Beltway."

"Nobody tells agriculture's story," Armstrong said. "We have all of these regulations that have been placed on to us over the past eight years, and probably farther than that, and nobody tells the story that we don't pass those costs on. We have to eat those because we sell into a wholesale market and not a retail market."

Armstrong said Washington leaders continue to be further removed from the pressure facing farmers. "For once we now have a president who is going to change that," Armstrong said. "I just don't think that happens for agriculture when you pick one of those in the Beltway that, to me, have been part of the problem of not listening to ag."

Dave Heineman, former Nebraska governor, told DTN he was not personally looking at the position of Agriculture secretary, saying there are a lot of other well-qualified candidates for the job. He said those who supported Trump and worked to get him elected do want one of their own to get the USDA post.

"They want a loyal supporter of Donald Trump's to be the Ag secretary," Heineman said. "That's why there is such strong resistance to Sen. Heitkamp. She didn't support Donald Trump. She was on the other side."

Heineman added that people would like someone in the top job at USDA who has been a farmer or rancher, as well as stand up against federal overreach of regulatory problems, especially at EPA. Further, Heineman said, the Ag secretary needs to know how to deal with trade issues.

Heineman defended the time it has taken to pick an Agriculture secretary, noting Trump has dealt with several other key administration posts.

"I appreciate the fact that agriculture is important to the overall economy in America, but they (the Trump transition team) had other issues they needed to resolve first," Heineman said. "I think most of those, relative to cabinet secretaries, have been done. I think over the next week or so they will finalize the situation when it comes to agriculture."

Jason Miller, a spokesman for the Trump transition team, responded to DTN in an email Monday that there was no specific updates on the USDA post. "Many people would like to serve in this critical position, all well-qualified, and ultimately the president-elect will select the person he thinks will best fight for our farmers, our food manufacturers and our taxpayers who are looking for the utmost efficiency out of the department."

"Rural America doesn't want a Democratic senator as head of USDA -- no and hell no," Baise said. He added, "We are not the sacrificial lamb."

Last week, Idaho Gov. Butch Otter, a Republican, was named as a possible candidate to head USDA. Former Georgia Gov. Sunny Perdue is another possibility, and he met with Trump at the end of November.

Baise believes someone from the 64-member Trump agricultural advisory committee should lead USDA. There were dozens of qualified Republicans in production agriculture on that list. "These people all stuck their necks out for Trump when it wasn't popular to do that," Baise said.

Nebraska cattle producer and businessman Charles Herbster, who co-chaired Trump's agricultural committee, has met with some senior leaders in the transition about the USDA post as well, Baise said.

"So clearly I think there is a real battle going on," Baise said. 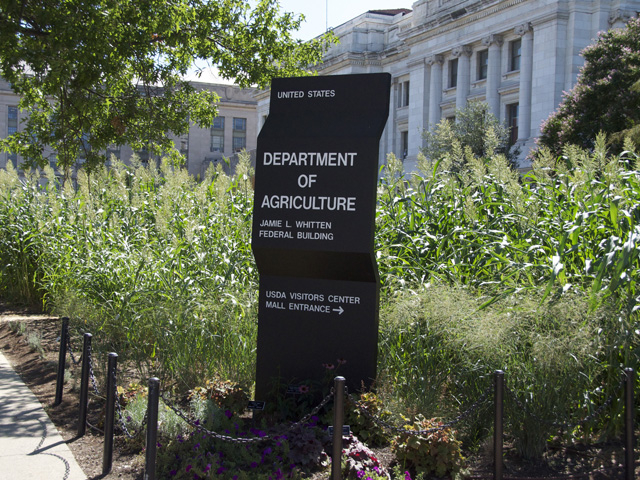