WASHINGTON (DTN) -- Chuck Conner had hardly slept Wednesday afternoon as he reflected on a historic, odds-defying election that was largely won by overwhelming support in rural America for President-elect Donald Trump. The win sets up great expectations for the new president and rural America, noted Conner, a former acting Agriculture Secretary and now president and CEO of the National Council of Farmer Cooperatives.

"Rural America stepped up, but they stepped up because things are pretty tough out there," Conner said. "There's a natural expectation out there that Donald Trump is the white knight and his cabinet is right there beside him. They are going to come in and fix this and we're going to have $5 corn and no regulation, and exports are going to boom. It's going to make the expectations of these jobs really tough."

Economic pressures are being felt across the rural economy. The Federal Reserve Bank of Kansas City released a bleak agricultural credit survey on Thursday citing weakness in both crops and livestock, causing producers to burn up their working capital just to pay immediate bills. More than 90% of bankers reported deteriorating working capital for crop producers with more borrowing falling into the "highly leveraged" category.

Such pressure could accelerate the push for a new farm bill. Conner noted the current bill, passed in 2014, is incredibly unpopular with farmers of varying stripes, ranging from dairy farmers to cotton producers.

"This will not go down as being one of the most popular farm bills with producers themselves, and with rural America having delivered a hardy punch for Donald Trump, I think it does move the time frame up a little bit to see where we might be able to make improvements on behalf of that group. That would be my assessment."

Conner was among more than 60 ag leaders from across the country that were on Trump's agricultural advisory team named this summer. Several, including Conner, are already listed as possibly in the running for agriculture secretary. Conner was a deputy secretary in George W. Bush's administration was acting secretary for nearly a year. He laughed off the idea on Wednesday, suggesting his wife would divorce him.

Beyond dairy and cotton, more farmers are increasingly complaining about the disparities in the Agricultural Risk Coverage payments that can bounce from $0 for farmers in one county to $70 for farmers in adjacent counties. Still, there are no concrete proposals about how to change such a program.

While some farmers may want better farm programs, there are some conservatives already pushing for cuts to entitlements and subsidy programs. Throughout the campaign, the Heritage Foundation has called for ending farm programs. On CNBC early Thursday, Squawk Box discussion focused on entitlement payments likely being restructured to pay for infrastructure improvements and a stronger military under Trump. A number of such programs were mentioned, including ag subsidies. Another economist shortly later indicated government programs will need to be cut to offset tax cuts.

"Rural America has earned that first 100-day status here, and I think that will have a tremendous impact on a lot of different policies, including the farm bill," Conner said.

Trump didn't necessarily have a mandate because the vote was still divided. Clinton, in fact, matched Al Gore as the second candidate in 16 years to win the popular vote but lose the election. At just under 120 million votes cast, Clinton had 47.7% of the total vote to 47.5% for Trump. Still, as final numbers showed, Clinton won counties with major metros by small margins while Trump won many rural counties by a 2-to-1 margin or larger.

"I think it's a game-changing election," Conner said. "We laugh at the notion, but we have had several elections where rural America was licking our wounds. Our influence was down and we had the worst time passing the last farm bill. I don't think today there is any reason for anybody in rural America to be wringing their hands and talking about their lack of influence today. By all accounts, rural America has delivered a significant portion of the Trump revolution here."

Don't underestimate the amount of time, energy and resources the president is going to take to put his team in place, Conner said. In a 51-49 Senate, getting Trump's senior team in place is going to take a huge effort. It's likely there will be a lot of party line votes. USDA has several positions that require Senate approval and there are another 200 or more political appointees that have to go through vetting and clearance, Conner said.

"It's a process that requires a certain amount of time and energy," Conner said. "So just getting those people in place who sort of outline the agenda will take time."

With Trump's victory, an immediate reaction from agricultural groups was that Trump would lift the regulatory yoke off of rural America, particularly by getting rid of the controversial Waters of the U.S. (WOTUS) rule and the Obama administration's Clean Power Plan for coal. Conner cautioned against too much exuberance over regulatory topics.

"There's going to be a natural reaction from farm country that 'Woohoo, WOTUS is gone and no more new regulations and we're going to kill Dodd-Frank,' that basically we're home free," Conner said. "Somebody is going to have to come along and burst that bubble and say we're probably going to pull WOTUS back and there is going to be some regulatory relief, but the general direction of you having to do things better, cleaner and safer -- nothing in a Trump administration is going to turn back time."

The Des Moines Water Works case is still out there and the pressure on reducing nutrient loads likely does not go away in most major watersheds across the country.

"It's expensive and I'm not expecting to have a whole lot of new money in a farm bill, but it does alter that direction," Conner said.

Another regulatory situation likely to change: the law and potential rules on disclosing foods with ingredients derived from genetically modified crops. The GMO disclosure bill was a congressional compromise to block states from implementing their own GMO labeling rules. Conner said a completely Republican administration will likely put those GMO disclosure rules on the backburner or push for repeal.

"I don't think you can have a major election like this without it forcing a reevaluation of a lot of different things like a GMO rule," Conner said. USDA had scheduled a lot of work on the GMO rule to start next March, but it is plausible USDA may just be introducing a new agriculture secretary at that time, Conner noted.

Despite high expectations in rural America, the staff running the government may be strapped for cash as well. Federal departments and agencies themselves will likely struggle with budgets. Conner projected the federal government could face a 2% cut in discretionary programs in the next budget year with a GOP Congress and president.

Some farm groups already have sought to get ahead of a Trump administration when it comes to trade. Before 9 a.m. Central Time on Wednesday, the American Soybean Association and National Corn Growers Association had issued news releases calling on Congress to approve the Trans-Pacific Partnership in the lame-duck session of Congress.

Conner will speak on the farm safety net at the DTN/The Progressive Farmer Ag Summit Dec. 4-7 in downtown Chicago. For more information on the Ag Summit, go to http://dld.bz/… 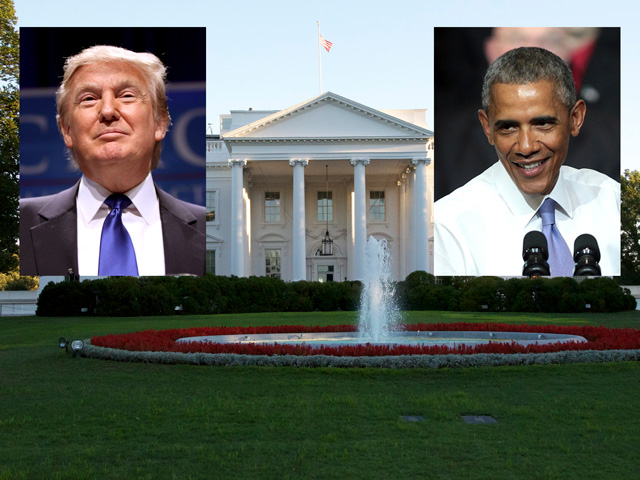