Morris Shambley has had his foot on the soybean yield accelerator since he started raising soybeans three decades ago. Yields on his Efland, North Carolina, farm have doubled during that time, thanks to better soybean genetics, varietal resistance to yield-limiting pests and diseases, and maturities more suited to his region.

While the 45- to 50-bushel-per-acre averages Shambley typically achieves each year exceed the U.S. national average, the farmer and United Soybean Board (USB) director sees the need for himself and other soybean growers to throttle up. Yield contest winners are increasingly surpassing the 100-bushel-per-acre mark, and Shambley figures more bushels for every buck spent on inputs is the key to staying competitive.

USDA estimates the national soybean yield in 1985 was 34.1 bpa compared with the record 47.8 bpa produced in 2014. While weather plays a big role in determining the final yield tally, the annual national rate for soybean yield growth is only 0.35 bpa per year, or about a 10-bpa gain over 30 years. That compares to about a 2-bpa annual yield gain with corn.

However, a new USB program is aiming to take the restrictor plate off soybean yields. The group has set an ambitious goal of reaching a 60-bpa national average yield by 2025.

“Yield research has been the center of checkoff research since the organization was established,” said Gregg Fujan, who leads the USB’s focus on supply. “Checkoff-funded production research is incredibly important to U.S. soybean farmer profitability. With the advancements we help bring to market, the national yield trend line should continue to grow at an even higher rate.”

Three checkoff-funding areas are being targeted to help researchers discover and refine technologies that will allow both public and private breeders to develop higher-yielding varieties. The terms may seem technical, but think of nested association mapping (NAM), ribonucleic acid (RNA) sequencing and epigenetics as tools to further yield improvements.

NAM is the technique that multiple checkoff-funded project researchers use to create a database of markers, linked to genes responsible for soybean yield gains.

Brian Diers, University of Illinois soybean breeder, is using NAM to locate yield genes so breeders can deliver higher-yielding varieties. Diers and colleagues at other land-grant universities developed a series of large populations of 5,600 experimental lines that were evaluated in field trials across the Midwest from 2011 through 2013, allowing them to map the genes.

“We are finalizing the mapping work, which results in more detailed mapping than we were able to do in the past of the genes that control yield and other important agronomic traits,” Diers said. “Research funded by the North Central Soybean Research Program is allowing us to now use the information to select new high-yielding varieties with genomic selection.”

Diers believes the method has the promise to increase the rate of gain for yield. Using this and other advanced breeding methods, he hopes the increase will move from one-third bushel per acre per year to one-half bushel. “This project allowed us to develop and test new breeding methods,” he said. “We are releasing the data and 5,600 lines so researchers in the public and private sectors can use them to advance their own breeding programs. We hope to start identifying new, high-yielding potential varieties from this research by this fall.”

The second leg of USB’s strategy is RNA sequencing. Researchers use RNA sequencing to determine how gene function modifies plant growth. Since expressed genes produce RNA, scientists can sequence that RNA to find out which genes are expressed in each area of the plant.

Checkoff-funded work at the University of Missouri includes growing soybeans under stressful conditions, such as heat, drought and pathogen infections, and taking samples of different soybean plant parts to isolate the RNA. That RNA is then sent to the U.S. Department of Energy Joint Genome Institute for sequencing to show how plants react under the stresses.

Results from the study will be placed into a database for researchers who want to explore new traits from specific areas of soybean plants. The database will essentially be a soybean genome atlas, so researchers can quickly find the genes that might influence yield.

Epigenetics is the third leg of the 60-bushel-goal strategy. Scott Jackson, University of Georgia soybean researcher, described epigenetics as the inheritance of traits that do not follow the rules, making it difficult to completely understand a complex trait like yield.

“Epigenetics studies how genes are expressed and how soybean plants respond to water stress, diseases and pests,” he said. “We may be able to exploit epigenetic responses by engineering plants that respond better to stresses and identify which varieties to use in different situations.”

Jackson said researchers have to perform DNA sequencing in a special way and then do data analyses to understand the variations they find.

“When we know there is a variation, now we can find the link to yield and work with breeders to select on that variation,” he says. “This is very new technology for plants. We have leveraged the soy checkoff funding with funding from the National Science Foundation and are looking at the NAM populations and RNA sequencing to integrate it with epigenetics in the future.”

USB also is funding research with Bayer CropScience, Dow AgroSciences and Monsanto to sequence a large number of soybean germplasm lines. Henry Nguyen, at the University of Missouri, is coordinating the project to develop genomic resources for soybean improvement that includes yield potential. 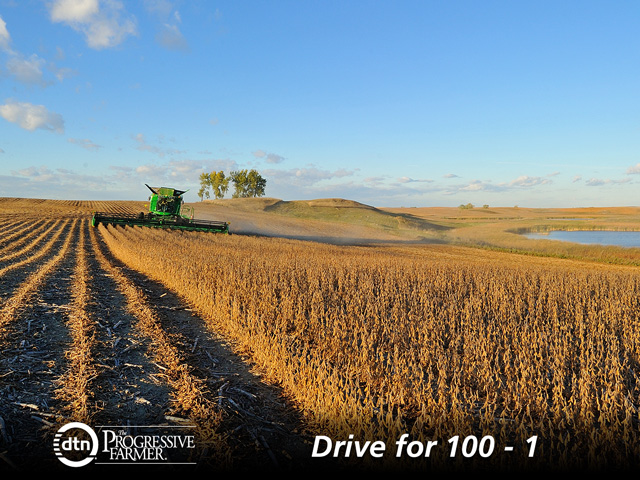