OMAHA (DTN) -- Farmers and ranchers whose operations were struck by natural disasters in 2020 or 2021 will receive new aid relief as part of a $10 billion provision added to the government funding bill that passed Congress and was signed into law by President Joe Biden on Thursday.

The continuing resolution will keep the federal government operating until at least Dec. 3. The bill included nearly $30 billion in various disaster provisions as a sweetener for lawmakers to support the measure.

Within USDA, $10 billion will be available until the end of 2023 to jumpstart the Wildfire and Hurricane Indemnity Plus (WHIP-Plus) program. The language in the bill will extend WHIP-Plus to deal with an array of agricultural disasters, including "droughts, wildfires, hurricanes, floods, derechos, excessive heat, winter storms, freeze, including polar vortex, smoke exposure, quality losses of crops and excessive moisture" for 2020 and 2021.

The California Farm Bureau was among those hailing the authorization of the passage of disaster aid in the bill.

"California's farmers and ranchers have experienced substantial crop damage due to wildfire and drought over the past two years," said Jamie Johansson, president of the California Farm Bureau. "In addition to crops being fallowed by drought conditions, our producers have seen their productive acreage burned or damaged by wildfire and smoke taint."

Johansson added, "This disaster assistance will provide California's family farms with needed additional support, providing both stability for our farmers and a safeguard for America's domestic food supply."

The bill included specific language for smoke-tainted wine grapes to pay for quality losses due to wildfires.

Rep. Cindy Axne, D-Iowa, noted the bill specifically added language for the derecho that hit Iowa in 2020. "Iowans have been resilient in rebuilding after last year's devastating derecho, and I've been working in Washington ever since to ensure that our federal disaster programs are in place to make our communities, families and farmers whole again," Axne said. "This funding is long overdue, and I'm proud of my votes over the past week that sent this much needed aid to the president's desk."

For droughts, the bill will cover losses that hit counties falling into the U.S. Drought Monitor's D2 (severe drought) category for eight consecutive weeks, or a D3 (extreme drought) or higher level at some time during the calendar year. That will help cover losses across the western U.S. this year.

The provisions state payments made to producers, combined with any payments received under crop insurance of the Non-insured Crop Disaster Assistance Program (NAP), do not exceed 90% of the loss as determined by USDA. Any producer who did not have crop insurance or NAP would see their payments capped at 70% of their losses. And any producer receiving aid under the bill also would be required to buy crop insurance where it is available for the next two years.

The disaster provisions are comparable to those that moved out of the House Agriculture Committee in July.

"Inclusion of these provisions is the fastest way to get this critical assistance out the door to our producers, and it will bring more producers into the crop insurance program," said Rep. David Scott, D-Ga., chairman of the House Agriculture Committee.

Rep. Glenn "GT" Thompson, R-Pa., ranking member of the committee, was among 34 Republicans who sided with Democrats to pass the continuing resolution. Thompson noted the bill includes language allowing for higher payment limits for specialty crop producers and broader coverage of disaster losses. Thompson credited Scott, as well as leaders on the Agriculture Appropriations Subcommittee for getting the final language in the bill.

The bill sets aside $750 million specifically for livestock losses in 2021 due to drought or wildfires. The bill also covers losses for sugar processors who received specific federal loans or dairy cooperatives to make payments to producers that may have been underpaid due to financial circumstances facing the processor.

The bill also included $275 million in funding for USDA's Watershed and Flood Prevention Operations for its Emergency Watershed Protection Program. 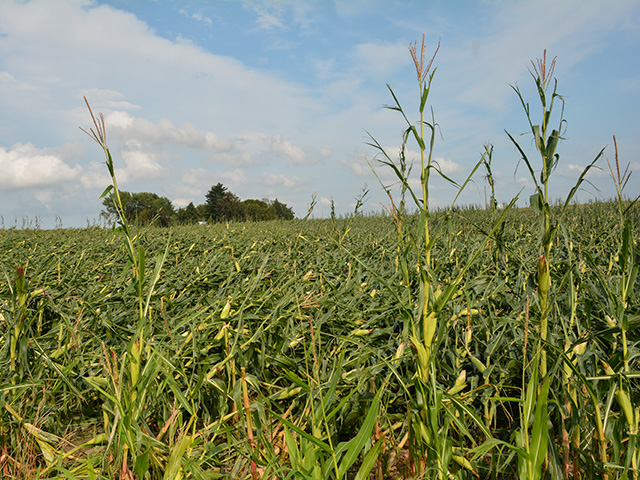