OMAHA (DTN) -- As the country faces a new surge in coronavirus cases, the message from public-health and many elected officials is loud and clear: Everybody stay safe out there.

While several states in the Midwest and Plains rely on personal responsibility to manage spread of the coronavirus, positive COVID-19 cases continue reaching record numbers. New cases this week hit an average of 134,000 cases daily, a 72% increase from two weeks ago.

On a per-capita basis, the Midwest and Plains are getting hit the hardest. The New York Times shows the 10 highest states for new daily infections in order include North Dakota, South Dakota, Iowa, Wyoming, Wisconsin, Nebraska, Minnesota, Illinois, Utah and Kansas.

States that have resisted restrictions such as mask mandates now are installing tighter controls as hospital capacity becomes challenged.

President Donald Trump on Friday gave an update on Operation Warp Speed, the strategy to use military resources to get a vaccine out to the public as quickly as possible. The update comes after Pfizer announced a vaccine with more than 90% effectiveness. Trump said the federal government will distribute the vaccine quickly, including to essential workers, the elderly and those with underlying health conditions. By April, the vaccine should be available nationally, except in New York, where the President challenged Gov. Andrew Cuomo over his comments on the vaccine.

"With the vaccine, we'll see the numbers going down very rapidly," Trump said. He pointed to the return of the economy and stressed that his administration would not return to a lockdown. "Healthy Americans have gone back to work, back to school and we continue to spare no expense to protect the elderly and the vulnerable."

President-elect Joe Biden also issued a statement Friday after being briefed on the pandemic, which he called "alarming." Biden noted the pandemic is accelerating and he renewed his call for social distancing, hand washing and wearing masks to protect yourself and others.

"I understand it's not easy. I know people are tired," Biden said. "But this will not go on forever. We are moving toward a vaccine. We are improving our ability to test. We are developing better treatments. We can get through this -- and come out the other side stronger. But right now is a moment for shared responsibility and shared action."

Iowa reported record coronavirus cases on Friday, topping more than 5,000 new daily cases for the first time. One-quarter of Iowa's 175,423 positive cases -- more than 45,000 -- have come just since Nov. 1. Gov. Kim Reynolds warned Iowans at a news conference Thursday the state faces "significant community spread across our entire state" with rural areas being hit just as hard as cities. Reynolds also has opposed mask mandates but set new rules earlier in the week requiring masks for gatherings of 25 people or more. Iowa also is now reporting an average of more than 18 deaths per day.

After initially resisting allowing schools in parts of the state to move to online learning, more Iowa school districts have suspended all activities or moved to virtual learning because of high case volumes among both students and teachers.

County public health officials right now are overwhelmed to the point they have had to change their standards on contact tracing for people who test positive, said Julie Lynes, the public health administrator for Mills County, Iowa. Mills County saw its totals jump 81 cases to 712 positive cases just from Tuesday to Friday. Lynes runs an office with three full-time nurses.

"So we have a lot of activity right now, and you can just look at those numbers and know that as a public-health office, this is too many cases for us to even be able to handle to do the contact tracing," Lynes told DTN.

Lynes now has gotten emergency help from the Iowa Department of Public Health for contact tracing in cases that are considered "community spread" cases. But with the surge of statewide cases, the state now has limited most contract tracing to the immediate family.

"So we're basically having to adapt to a lower standard, and that's concerning," Lynes said.

With the holiday season and winter weather approaching, Lynes said cases are anticipated to double at a faster rate than before. In Mills County, that means the caseloads could double in less than four weeks.

"We're just trying to get a lot of messaging out to our community, and we need people to take COVID-19 serious and realize that anyone of any age can get the disease," she said.

Lynes added, "The biggest mitigation tool that we have right now is to stay home if you're sick and wear a mask if you're out; keep your distance from people you don't live with. If we could all buckle down and get serious with that, we could see some forward motion with it."

About 20% of Nebraska's hospital capacity right now is being taken up by COVID-19 patients, which grew from roughly 200 people hospitalized in late September to more than 900 now. On Friday, Nebraska Gov. Pete Ricketts said hospital capacity is one of the major guidelines the state is using to determine public-health restrictions. If COVID-19 hospitalizations hit the 25% mark, more restrictions will be put in place.

Ricketts held his news conference through a closed-circuit camera because he and his wife are under quarantine after exposure to someone who tested positive. The governor encouraged people to wear masks, stay socially distanced and frequently was hands.

"I think we need to educate people on wearing masks," Ricketts said but added he opposes mandates across the state.

"Remember, they've got tough jobs. Let's leave a little space for grace, with regard to our public-health officials. This is a trying time for everybody."

Infectious disease experts at the University of Nebraska Medical Center have pushed for more public-health measures to control the virus. UNMC experts are warning that Nebraska is entering a critical new phase of the virus right now.

Omaha has extended its mask mandate into February but that has sparked some backlash. A group, "No Mask Omaha," put up billboards early in the week stating about masks: "It's NOT about a 'VIRUS'! It's About CONTROL!" The billboard was taken down following complaints, but the group's founder, businessman Kelly Jensen, told the Omaha World-Herald the group he started on Facebook would plan to hold events to voice their complaints.

"We were trying to show them that our voices can't be silenced," Jensen told the World-Herald. "There are two sides to the story, and they only want to listen to UNMC."

South Dakota also reported a record 2,020 daily cases on Thursday and nearly 59,000 cases in total. Tom Dean, a 75-year-old doctor in Jerauld County, South Dakota, was spotlighted in the Washington Post (https://www.washingtonpost.com/…) as he pointed out one in every 20 people in his county have gotten sick in just the past month and the death rate is among the highest in the country.

"These aren't anonymous cases," Dean said. "These are my patients, my friends, my family. I know every one."

North Dakota saw deaths increase from 500 to 707 people in just the past two weeks, most of which were in nursing homes. Gov. Doug Burgum sounded the alarm early in the week, noting that the state's hospitals were at 100% capacity with COVID-19 patients taking up about 20% of the hospital beds. The virus is straining staff situations in hospitals. Due to a shortage of health-care workers, the state is allowing asymptomatic health-care workers to continue working at the hospitals. 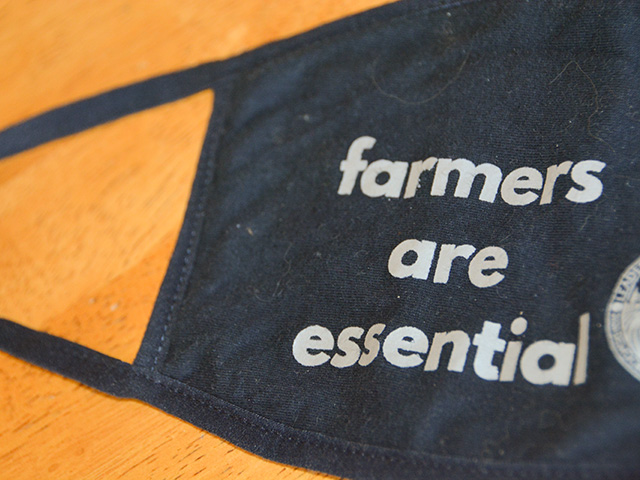