OMAHA (DTN) -- Farmers in at least six states should be eligible for more financial aid under the $19.1 billion disaster aid bill signed into law Thursday, June 6, by President Donald Trump.

The disaster aid package comes as farmers across the Corn Belt are struggling to get crops planted and multiple groups have called on USDA to adjust planting dates or restrictions. Farm Bureau groups in Indiana, Michigan, Ohio and Wisconsin wrote Perdue on Thursday, June 6, asking for changes in haying and grazing provisions on prevented-planting acres, as well as opening up Conservation Reserve Program acres to haying and grazing. (https://www.dtnpf.com/…) 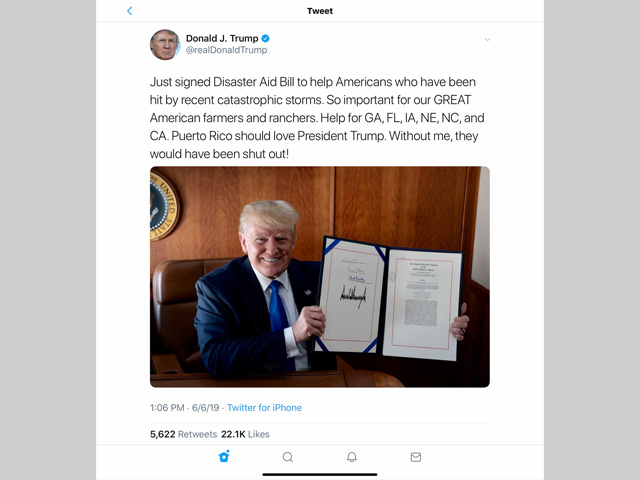