OMAHA (DTN) -- Farmers and ag officials in the Southeast are just beginning to absorb some of the sobering impacts of Hurricane Michael and the trail of destruction left behind.

Keith Brown, a DTN contributing cotton analyst based in Moultrie, Georgia, noted Friday the financial losses will take time to fully gauge, but Brown said of the impacts, "The tectonic plates are shifting below us now." He added, "One day, they were picking 1,700 pounds of cotton per acre and now there are fields where the stocks have been blown up."

In his Friday morning comments for DTN, Brown noted December cotton was up nearly 200 points ($1,000 per 100 bales, or 50,000 pounds) and climbing as the initial toll of Michael's devastation was just being realized. In the extreme southern locations of the Alabama/Georgia areas of production, the loss was a 100% wipeout. Those producers took the full brunt of Michael's eyewall. Farther north and east, losses up to 80% are being reported. Some analysts are suggesting an ultimate loss around one million bales will be seen. Also, this is an area that produces some of the most superior grading fiber in America, Brown said.

"We could be looking at, conservatively, eventually, ultimately 1 million, maybe a 1.5 million bale loss," Brown said. "So there's the physical loss, but also the cotton that remains will be of poor quality."

USDA's Crop Production report, released Thursday, had projected a 2.9 million bale cotton crop for Georgia, second only to Texas. USDA had projected more harvested acres and higher yields for Georgia farmers, but those estimates were based on forecasts Oct.1.

Officials in Florida and Georgia on Friday were still heavily focused on damage assessments and restoring power, as hundreds of thousands of people in the hardest-hit states were still without power and communications Friday morning.

Florida Agriculture Commissioner Adam Putnam said Thursday at least three million acres of timber were damaged, along with other commodities including poultry, cotton, peanuts, dairy and tomatoes in the state.

Georgia Farm Bureau and others posted social media comments by farmers hit hard by the storm, including cotton fields stripped of fiber and pecan farmers with trees destroyed. Several tweets from farmers noted their crops or orchards had been hit hard by storms multiple times in the past two to three years. Hurricane Irma hit part of the same area last year.

The Alabama Farmers Federation highlighted farmers in southeast Alabama who suffered crop losses from Hurricane Michael. Until the storm hit, Alabama farmer Fred Helms told the federation his cotton and peanut crops were looking the best they had in a decade.

"The cotton would have picked 1,000 pounds an acre before. It might pick 350 pounds now," Helms said.

Another Alabama farmer told the federation about 80% of his cotton acreage is a total loss. Farmers also can expect to see cotton quality damages as well from debris, the Alabama Farmers Federation noted.

Georgia Agriculture Commissioner Gary Black said in a news release that the hurricane cut right though the heart of Georgia agriculture with damaging winds leading to total losses for some cotton farmers or tangled the cotton to the point it will be harder to extract lint during the ginning process.

"Michael's impact has been the most widespread and devastating hurricane in recollection to impact Georgia's agriculture industry," Black said. "Crops, animals and infrastructure have all taken a substantial loss."

The Georgia Department of Agriculture also had received reports that at least 84 poultry barns were destroyed that had housed potentially more than 2 million chickens. Along with that, processing facilities for crops such as peanuts and pecans were damaged.

As news reports of the rural devastation in the aftermath of Hurricane Michael continue, Vice President Mike Pence visited USDA on Thursday for a briefing on USDA's response. Pence and Agriculture Secretary Sonny Perdue promised that USDA and the rest of the administration would use all their powers to help both urban and rural victims.

Pence noted that the government is first focused on "search and rescue," but would move into assistance mode as soon as possible. He also said crop insurance would be the principal program to help farmers, although farm leaders have said it will not be enough to make the farmers whole. Perdue acknowledged that crop insurance will help growers of some crops more than others.

Officials urged farmers to contact local USDA offices for assistance, but they also noted the hurricane has forced the closure of about 60 Farm Service Agency county offices.

President Donald Trump has declared disasters in the affected states, which will allow USDA to use emergency programs for food assistance, one official noted.

"I am proud of the work being done by the USDA family as they continue to assist during Hurricane Michael," Perdue said. "Our team will continue to be there for our farmers, ranchers, and those affected to get them the aid they need. As Vice President Pence said Friday, the entire federal government is there 'in the city and on the farm to achieve a full recovery.'"

And while damages are still being assessed from Hurricane Michael, North Carolina Gov. Roy Cooper issued a report this week projecting losses in his state nearing $13 billion from Hurricane Florence last month, including $2.4 billion in agricultural losses, including nearly $1.9 billion in direct losses of crops and livestock.

North Carolina's damage assessment included funding proposals to the state legislature. That includes a proposal for $235 million for agriculture to rebuild and $75 million for voluntary buyout of swine operations, as well as expanding the scope of a buyout program to include operations in the 500-year floodplain.

The North Carolina Department of Agriculture already is working with USDA's Natural Resources Conservation Service to restart its program to look at buying hog operations that were in the 100-year floodplain. The program includes conservation easements once voluntary buyouts occur. In the past, the state spent $18.7 million to buy 42 swine operations.

The North Carolina Department of Environmental Quality reported earlier this week that 33 swine lagoons in the state had overtopped because of the hurricane and at least six had structural damage. 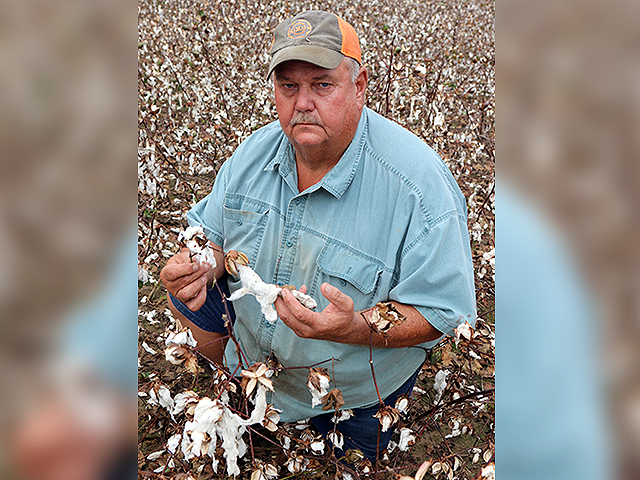