SONOMA, Calif. (DTN) -- Surrounded by thousands of acres of high-dollar vineyards, California officials and agricultural leaders brought in producers and perspectives from around the country on Tuesday and Wednesday to highlight the importance of adapting climate-smart farming practices to help build resiliency against increasing extreme weather events.

The two-day "Scaling Up Climate Smart Agriculture" event is one of dozens of side events this week tied to the Global Climate Action Summit spearheaded by California Gov. Jerry Brown in San Francisco later this week. Agriculture has a role in several events, ranging from the need to intensify food production for a growing population to boosting the use of renewable biofuels through low-carbon fuel standards.

"Climate-smart agriculture" is a term that has been embraced by the United Nations that can help spur more conservation practices for both smallholder farmers in developing countries and larger-scale farmers in countries such as the U.S. that produce enough food to export globally.

The only guy sporting a cowboy hat at Tuesday's climate talks was Oklahoma farmer and cattle producer Jimmy Emmons, vice president of the group No-till on the Plains. Emmons highlighted not just his conversion to no-till, but his diversification of growing eight different crops in northwest Oklahoma, which is unique.

"I grew up on the premise that you could only grow wheat in western Oklahoma, and our rotation was wheat," Emmons said.

Emmons also has about 6,000 acres of rangeland, but was challenged with wildfires in the region last spring that wiped out roughly half of his grazing land and 23 miles of fencing as well. But Emmons' push to grow cover crops on his cropland also provided his cattle with something to eat when the wildfires took the pastures, he explained. "I had something green to save my cows from the fire," he said.

Rebuilding carbon in the soil that was lost over decades of tillage is now much of Emmons' focus in his fields. As he explained, he wants a living plant in the field as long as Mother Nature will allow. It helps with infiltration, cooling the soil and evaporation, he said.

"We're trying to manage carbon," Emmons said. "Carbon is the key to our system. That's what we're lacking across the whole world that we've destroyed."

The focus on carbon in a dry climate such as Oklahoma builds water-holding capacity, so when an intense storm finally rolls in with a heavy load of rain, "We capture every drop we can," Emmons said. "We always think about how we can load more carbon into the system, he said, adding, "It's a big learning curve."

Emmons has become a popular speaker on carbon, no-till and cover crops. He left the climate summit on Tuesday for three days touring Nebraska this week to help convince more farmers to plant covers after the fall harvest. He noted, though, it's not easy for farmers to change, when they believe what they are doing works for them.

"We've been living mining that topsoil of our topsoil and our carbon, but it's very hard to see," Emmons said, noting soil erosion comes slowly over time. "As producers, it's hard to do a self-assessment if you're successful. Where we see the greatest change is people who are financially challenged, who have to cut back and have to change, and lo and behold, it's the greatest thing that ever happened to them."

Emmons' comments were reiterated during a discussion by corporate supply chain leaders whose companies are focusing on lowering carbon emissions throughout their supply chain.

Jerry Lynch, chief sustainability officer for General Mills, said more than half the cereal company's supply chain emissions come from crop production. The company is focusing more on scaling up regenerative agriculture practices. Such practices drive outcomes, which include increasing soil organic matter, increasing biodiversity on the farm and improving the socioeconomic health of farmers.

Lynch noted that improving farmers' economic health is still a long way to go. But changing farm practices and outcomes on the farm is difficult because of the aging farm population and more than 50% of land farmed through rent and absentee landowners.

"It's really challenging to make that cultural change," Lynch said.

Companies need to make the business case to farmers to increase conservation practices, Lynch said, by demonstrating that farmers will be more profitable and more resilient in the long run. More on-farm research is needed "because this is an evolving space and you are dealing with Mother Nature."

General Mills has invested heavily in projects such as the Soil Health Institute, spearheaded by the Noble Foundation, and the Soil Health Partnership, which establishes demonstration farms led by the National Corn Growers Association. General Mills helped add a wheat component to the partnership, Lynch said. He added that it's important to provide incentives as farmers transition practices through premiums and long-term contracts for commodities.

"There's a transition period that farmers have to go through, and how do you enable that transition or experimentation, because every farmer is different?" Lynch said.

Taking it all in Tuesday was Fred Yoder, a corn grower from Ohio who has advocated changes for climate resiliency in commodity farms. He was invited to speak at a related event in San Francisco.

"Farmers, in my mind, the only way they will change something they have been doing in the past is there is going to have to be an economic gain," Yoder said. "The economic gain is what it is all about, and in climate-smart agriculture, you work on the three pillars and the first one is profitability and sustainability. Every farmer wants to make more money and is constantly looking for ways to do better."

Other pillars of climate-smart agriculture include adaptation -- the ability to do more with less to build resiliency -- and mitigation, which is finding ways to reduce emissions on the farm.

From a California perspective, Jocelyn Bridson, who oversees environmental resources for Rio Farms in the Salinas Valley of California, explained how the 6,000-acre operation that is mostly conventionally tilled uses 20,000 tons (4 million pounds) of composted vegetable waste to improve soil health in the fields.

"We have seen qualitatively a great increase in our soil health," Bridson said, highlighting less run off and increased soil moisture, as well as earthworms even with the tillage.

When asked what could be done to help advance climate-smart practices, Emmons pointed to work going on at the Noble Foundation to develop an ecosystems market that would help pay farmers for carbon capture. "But to develop that takes time and it takes money," he said. "I think that's a good place to invest is projects like that for the future so we can have solutions down the road. I think that's the key."

Bridson said investors or businesses could help by providing better, more affordable technology in areas such as soil-moisture monitoring on farms. Government can continue to provide incentives and education as well. Bridson recalled farmer visitors from Denmark a few years ago who had more than 600 farm advisers in a country significantly smaller than the Salinas Valley area.

"We extrapolated that would be about 256 advisers in our four-county area. We have 10 (Extension) positions that are filled, four of which are vacant, and we are trying to scrounge up funding in Sacramento to fill them," she said. "So we need more support on the education front."

Later in the day, California Secretary of Agriculture Karen Ross did announce $1.1 million in funding would be used to hire 10 new climate-smart farm advisers who would be positioned across the state. But the funding for those advisers would likely come on a year-to-year basis, depending on revenue from the state's cap-and-trade program.

Other challenges facing farmers came up throughout Tuesday as well. John Piotti, president of American Farmland Trust, pointed out the U.S. has been losing about 1.5 million acres of farmland every year to development. That's more than 30 million acres over the past two decades, and it translates into more production pressure on remaining farm ground.

"The more farmland that we lose, the harder it is for the remaining farmland to be managed in a way that provides climate solutions," Piotti said. 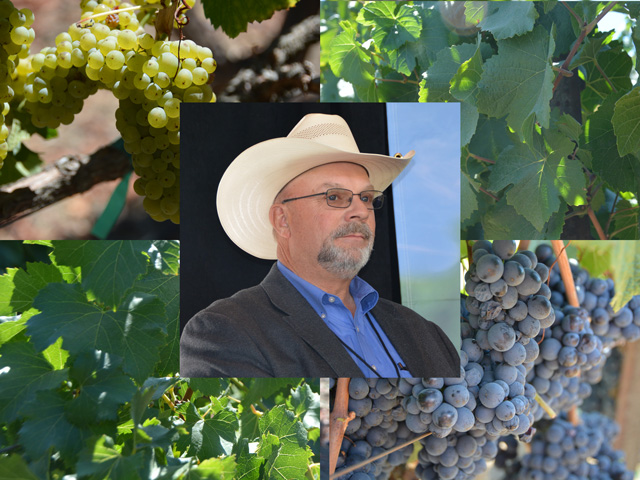