Ronna Clapham remembers April 5, 2016, at the senior center in Princeton, Missouri. "It was real windy out, and I was wiping tables up front. I looked out the window and things were just blowing by ... dust and stuff. I thought, 'That looks like smoke.' Then, the ladies from the beauty shop came down, and we called 911."

The smoke was coming from Jeff's Place, the tavern next door. Before long, flames engulfed the senior center.

When Clapham, who manages the senior center, saw fire devouring her building, her heart sank. "We got the towers off the two computers, and one of the ladies ran in and got the cookbooks. And, that was about all we saved."

For a farming community such as Princeton (population about 1,200), a senior center is a vital organ, just as crucial to the town's life as schools, churches and fire departments. Seniors eat lunch at the center; for some, it might be their only hot meal of the day. They also socialize there -- playing cards, exercising, strengthening bonds. It gets them out of bed in the morning and lets them feel part of a community they helped create.

To not rebuild the Princeton senior center after the fire was unthinkable because it was such a crucial part of the community's present and its future. "There are more and more old people. But, we aren't getting more young people," Clapham says.

It took 17 months and a concerted community effort, but in September 2017, the senior center (the Mercer County Council on Aging) reopened with more space and better services.

It was not a moment too soon. "It was so good to be back in our own building," Clapham says.

Princeton sits in the hardscrabble hills of north-central Missouri, not far from the Iowa border. The nearest city of any size is Chillicothe, 45 miles south on Highway 65. The biggest employer is Murphy-Brown, a division of Smithfield Foods, which has an impressive headquarters building a few miles north of Princeton.

Hog barns float in and out of sight as you drive the two-lane blacktops. Cattle dot the hills where soil is thin, and crops fill the rich bottoms.

Before the fire, the center averaged about 40 lunches most weekdays. "But, we served 80 on chicken liver day," Clapham says with pride.

If you are older than 65, the suggested deposit in the donation drawer is $4. "But, anyone can put anything they want to in there. Everyone is treated the same. We don't know who pays and who doesn't," Clapham says. If you are under 65, lunch is $6.50 because, "That's what the meal costs."

A lot of those who come for lunch are farmers in the 65- to 75-year-old age bracket, semiretired and on their own. "Sometimes, the wife works, and he comes in here and has lunch," says Clapham, who raises cattle with her husband, Jack.

The senior center also delivers about 20 hot meals a day to homebound people who might not otherwise get one. "Eligible people can get frozen meals, too, for dinner and weekends," Clapham says. She and others deliver the meals throughout Mercer County.

To pay for all of this, the senior center relies on state funding through Northwest Missouri Area Agency on Aging. Money is based on the number of meals served. State funds don't cover everything, and Clapham is constantly hunting grants. The senior center also holds several annual fund-raisers. The biggest is in conjunction with the town's Calamity Jane Days, so named because the Wild West gal pal of Wild Bill Hickok and Buffalo Bill was born near Princeton.

Almost immediately after the fire of April 2016, offers of help and contributions poured in. The owner of the tavern donated his now-vacant lot, and the center bought a neighboring lot from the city so the senior center could rebuild at the same location and with a little more space. That was a great gift, says Gene Anderson, senior center board president. "We have had several fires [in downtown Princeton], and usually, they just tear the building down," he says. That explains the vacant lots that leave gaps in the downtown landscape.

"This is where we have to be," Clapham says.

The Baptist church offered to host the seniors during rebuilding. That was a godsend, Anderson says. In the meantime, he, Clapham and others began to look for funds to resurrect the senior center.

Insurance paid about $250,000, but total estimated costs were in the $400,000 range. That was a big hole to fill. To cut costs, the new facility doesn't have a brick facade like the original building, which was more than 100 years old. Instead, a less-expensive metal building that required less maintenance was acceptable.

Anderson started a GoFundMe account and quickly raised $2,500. But, the process of attracting money was laborious and sometimes disheartening. The good news is the money somehow kept coming.

"I'm amazed," Clapham says. "We'd start feeling down, and someone would come in and give us $1,500, and then someone else would give us $5,000." Clapham was able to buy tables and chairs from a nearby college for 10 cents on the dollar at auction. A local contractor helped find used commercial equipment at a discount.

Another source of help was the Community Foundation of Northwest Missouri, a kind of cooperative of not-for-profits and individual donors. Civic organizations and philanthropists invest in the foundation, and, when needed, it helps with grants and other assistance.

For the Princeton senior center, the foundation made personal contacts with potential donors, sent out letters and arranged a local radio interview so Clapham and Anderson could make a pitch for donations. The foundation kicked in $3,000.

It also supplied moral support. Marketing Director Steve Maxey visited Princeton soon after the fire and, "he was real perky," Anderson recalls, "and we needed that because we weren't very perky then."

As donations began to fill the money gap, Clapham and Anderson became more optimistic. "We are not going to give up. We are going to make it," Clapham said as winter turned to spring.

Still, the process of financing, rebuilding and furnishing took longer than Clapham and the board thought. Attendance for lunches at the Baptist church dwindled to about 20 a day. For some clients, the trip to the church was inconvenient; for others, it just wasn't the same as the old meeting place.

But, as the summer of 2017 turned to fall, the last paint finally went on the walls, and it came time to move into the rebuilt senior center. The local Rotary Club provided much of the muscle, and Clapham's staff worked overtime to get the new place up and running.

By October, attendance was up to previous standards; chicken liver day was once again the highlight. Seniors arrived early, ate a good lunch and stayed to catch up on gossip, talk about the winning high school football team and just plain socialize.

Volunteer Lois Lambert, who is 93, once again asked visitors to sign in so the staff can keep track of how many meals they serve. Cook Ruth Blanton dished up meals and asked a customer, "Are you still on that diet?"

In the end, board president Anderson says, "The Lord has been good to us. He has."

Senior centers -- 11,000 of them nationally -- serve more than 1 million citizens every day, according to the National Council on Aging (NCOA): "Senior center participants have higher levels of health, social interaction and life satisfaction ... Senior centers serve as a gateway to the nation's aging network -- connecting older adults to vital community services that can help them stay healthy and independent."

On average, rural populations are older than populations in other parts of the country. NCOA doesn't break down senior centers by rural versus urban, but a 2012 Cornell University report said nearly 17% of nonmetropolitan populations are 65 or older. That compares to only 13% of city dwellers. The last of the baby boomers will reach 65 in 2030, which means a steady increase of seniors in both rural and urban areas for at least the next decade. Rural areas might be more affected because there has been a steady outmigration of young people moving to cities for jobs.

In the meantime, current political trends point to decreasing social services. Much of the funding for senior citizen services comes from state and federal governments. If the flow of those funds slows, seniors -- especially those in rural areas -- will have to find other revenue sources to keep services alive. 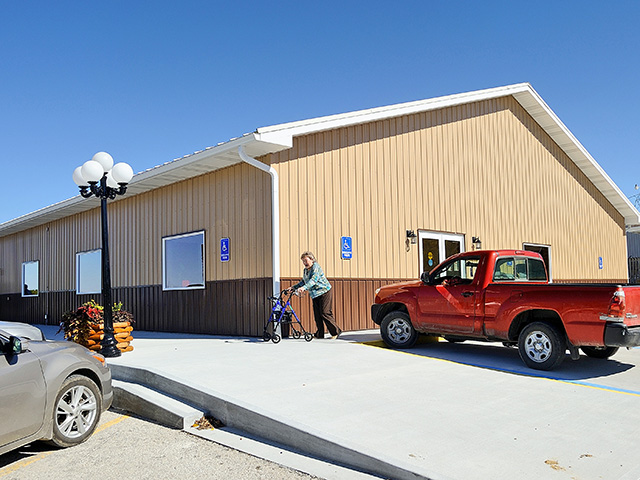