OMAHA (DTN) -- Clean, cultured beef. It's what's for dinner -- maybe in the near future. But don't call it "meat" or "beef." Perhaps something more along the lines of "cell-cultured protein."

The science of growing protein from cultured cells is moving fast and so are the prospects for commercial sales. But the arguments are heating up over how to define and regulate these products, which are grown in a laboratory instead of being raised in a pasture and slaughtered as meat.

Earlier this week, the Missouri House of Representatives passed a bill that would prevent foods that do not come from traditionally raised livestock from being called "meat." It's the first bill nationally that could define and restrict plant-based and cell-cultured products from using the terms "meat" or "beef."

"It's just something I believe in," freshman state Rep. Jeff Knight told DTN. "My wife and I have a small, local livestock market. Her family's been in the livestock business her entire life. I was born and raised on the farm and raised beef cattle. It wasn't like I needed prodding to try to protect farmers. Livestock is something pretty important to us and people in our state."

Knight added that these protein companies confuse consumers with silhouettes of animals on the packaging even though the product may come from a plant or a lab.

"That's as wrong as you can get," Knight said. "I'm a pretty simple country boy and I don't understand something growing in a petri dish being sprayed with antibiotics. Everybody is worried about medicine and medicated feed and what you put into your animals, but we can grow something in a petri dish and spray it with antibiotics to keep stuff from growing on it, then call it meat."

On the federal level, the U.S. Cattlemen's Association (USCA) filed a petition earlier this year with USDA's Food Safety and Inspection Service (FSIS) to set labeling requirements that exclude products from using the terms "beef" and "meat" if those products did not come from animals that were raised and slaughtered. USCA cited that major packing companies were investing in these lab companies and using various terms that included "beef" and "meat."

"Such products, which are not derived from animals born, raised and harvested in the traditional manner, should not be permitted to be marketed as 'beef' or more broadly, as 'meat' products," USCA wrote in its petition, asking FSIS to update its definitions for products.

Defining whether cell-cultured proteins are "meat" comes as major meat companies are investing more in these emerging technologies. On Wednesday, the Israel-based Future Meat Technologies announced a $2.2 million seed investment led by Tyson Ventures, an arm of Tyson Foods. Future Meat Technologies said it produces animal cells from non-GMO production, "without the need to raise or harvest animals." The company stated that its technology is prohibitively expensive now, but the price could come down rapidly.

"It is difficult to imagine cultured meat becoming a reality with a current production price of about $10,000 per kilogram," said Yaakov Nahmias, Future Meat Technology's founder and chief scientist. "We redesigned the manufacturing process until we brought it down to $800 per kilogram today, with a clear roadmap to $5 to 10 per kg by 2020."

Both Tyson and Cargill Protein have invested in another major player in this arena, Memphis Meats, which is based in San Francisco, California. Memphis Meats describes its products as "clean meat" or "cultured meat" from animal cells sourced from livestock or poultry.

The U.S. Cattlemen's Association petitions had received 50 comments as of Thursday. Memphis Meats responded to USCA's petition on Wednesday, asking USDA to deny the cattlemen's petition and asking USDA to coordinate with the Food and Drug Administration before any decisions are made "regarding the labeling of clean/cultured meat products."

Memphis Meats added that is "imperative" that both USDA and FDA "encourage the development of these and other innovative protein-based food products, as these products have the potential to not only expand consumer choice, but also address the growing global need for protein products."

If the U.S. Cattlemen's Association petition were granted, Memphis Meats said it would result in "a broad federal prohibition" on terms such as "beef" and "meat."

But Memphis Meat points to other FSIS regulations to state that clean-cultured meat products meet the statutory and regulatory definitions of meat. Memphis Meats describes the USCA petition as misguided and, if adopted, would stifle innovation.

"We would expect any product that expects to be labeled as meat would come under that same inspection criteria there," Perdue said.

If USDA's FSIS has jurisdiction, USDA has not detailed any ground rules as of yet. For instance, what would be the rules for when cells are removed from an animal? What would be the rules for a lab-based processor for a Hazard Analysis and Critical Control Point (HACCP) plan? What kind of sampling and testing would be appropriate? And how would antibiotic use be regulated, which is now done by FDA through feed rules for livestock.

An FSIS spokesperson told DTN the regulatory issues with these non-traditional meat products is not black and white.

"We are currently looking into it but are not at a point where we can share information," the spokesperson said.

The comment period for the U.S. Cattlemen's Association petition was extended to May 18 at the request of the North American Meat Institute (NAMI), the trade association for the meatpacking industry, which was waiting for a board meeting before filing comments. NAMI will call for FSIS to assert jurisdiction over these products, but NAMI's board also defends the potential for cultured meats.

"We believe this will ensure that lab-grown, cultured meat and poultry products are wholesome and safe for consumption and are labeled and marketed in a manner that ensures a level playing field in the marketplace," said Barry Carpenter, president and CEO of NAMI.

Other agricultural groups are more in line with the USCA stance. The American Simmental Association, for instance, wrote in response to the petition that the new emphasis on protein alternatives "has become a grave concern" to its members. The association asked FSIS to ensure "meat" and "beef" are limited to tissue or flesh derived from animals that have been harvested in the traditional manner.

One petition commenter, who listed no affiliation, noted, "If it ain't got hooves, it ain't beef. If it wasn't detached from a bone, it ain't meat from beef." 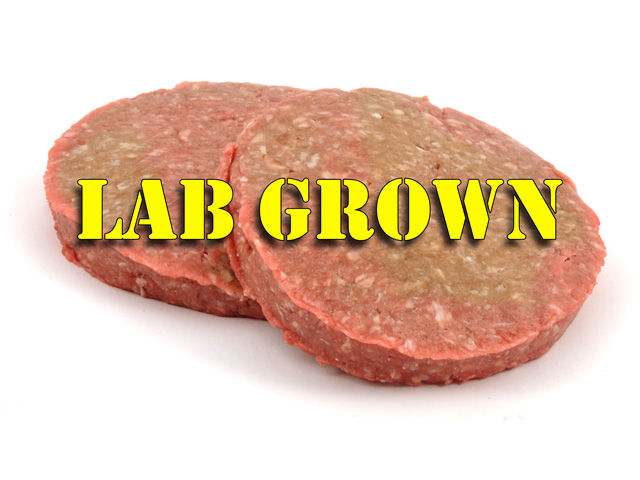