OMAHA (DTN) -- Though farmers in the upper Midwest continue to fend off the gray wolf from harming livestock, the U.S. Court of Appeals for the District of Columbia Circuit on Tuesday reversed efforts by former President Barack Obama's administration to remove the species from the endangered list.

The U.S. Fish and Wildlife Service in 2011 issued a rule to delist the gray wolf in the lower 48 states. Farmers and other landowners in Minnesota, Michigan and Wisconsin have suffered livestock losses from the gray wolf.

As of April 2017, more than 3,700 gray wolves populated the western Great Lakes states, including more than 2,200 alone in Minnesota. The largest population of the gray wolf resides in Alaska, at between 7,700 and 11,200 animals. The Alaskan population, however, is not protected by the Endangered Species Act.

Farmers in the Great Lakes states have struggled to protect livestock from the gray wolf.

"Today, the D.C. Circuit Court of Appeals ruled a thriving population of 4,000 gray wolves that threatens farmers and ranchers in Minnesota, Michigan and Wisconsin was somehow endangered," he said.

"This ruling defies common sense. The court handed down this opinion despite an abundance of scientific and commercial data showing no material threat to the wolf population," Duvall said. "Neither the goals outlined in various recovery plans, nor the aggressive and successful leadership to save the wolves in affected states, moved the court to do the right thing. Congress needs to take action to reform the broken and outdated Endangered Species Act. There's no question the wolf packs have recovered. We only wish we could say the same of farms and ranches within their reach."

Just last week the U.S. Senate Environment and Public Works Committee advanced a bill to delist the gray wolf and to prohibit judicial review, while the U.S. House of Representatives considers similar legislation.

In a lawsuit filed by the Humane Society of the United States, the court ruled Tuesday the USFWS, "failed to reasonably analyze or consider two significant aspects of the rule -- the impacts of partial delisting and of historical range loss on the already listed species."

In the 2011 final rule, the USFWS said "neither a scientific consensus nor the majority opinion of researchers on the taxonomy of wolves" supported designating the wolves in Minnesota as a distinct species.

"In the Humane Society's view, once the service determined that the Minnesota gray wolf was not a separate species, the service should have withdrawn the rule, rather than promulgate a final rule 'without knowing the species that it is both listing and delisting,'" the court said.

In Wisconsin, for example, the growth of gray wolf populations has hurt farmers and ranchers.

Rep. Collin Peterson, D-Minn., this year introduced the "Gray Wolf State Management Act of 2017" that would delist the species in Minnesota, Wisconsin, Michigan and Wyoming from federal protections and return management to the states.

During testimony before the House Committee on Natural Resources on July 20, Peterson said the gray wolf is wreaking havoc on farmers and ranchers.

"Protecting their livestock while the gray wolf is federally protected creates an impossible situation," he told the committee.

"Gray wolves should be managed by state plans which maintained more than adequate wolf population numbers. This practical, bipartisan legislation would bring peace of mind to farmers and ranchers who are concerned about protecting their businesses from devastating losses associated with gray wolves."

The state of Minnesota, for example, created a state management plan to balance the gray wolf population with economic and safety concerns.

A district court in Washington, D.C., however, ruled in 2014 the gray wolf needed federal protection.

"This decision was made despite scientific arguments presented by the U.S. Fish and Wildlife Service, an agency primarily responsible for administering the Endangered Species Act," Peterson said.

"The agency conducted population surveys in Minnesota, Wisconsin and Michigan and determined that gray wolf population numbers no longer required federal protection and that these states were more than capable of managing the species."

Jonathan Lovvorn, senior vice president and chief counsel for animal protection litigation at the HSUS, said in a statement the federal appeals court made the right decision.

"Congress should respect the ruling relating to the management of wolves in the Great Lakes and allow the fish and wildlife service to re-examine the broader conservation questions raised by the courts," he said.

In a news release, the HSUS said the federal delisting led to state officials in Minnesota, Wisconsin and Michigan to "institute trophy hunting and commercial trapping programs for wolves, exposing them to nonselective killing for the first time in more than 40 years."

The Michigan Legislature, for example, passed three laws to designate wolves as a game species. 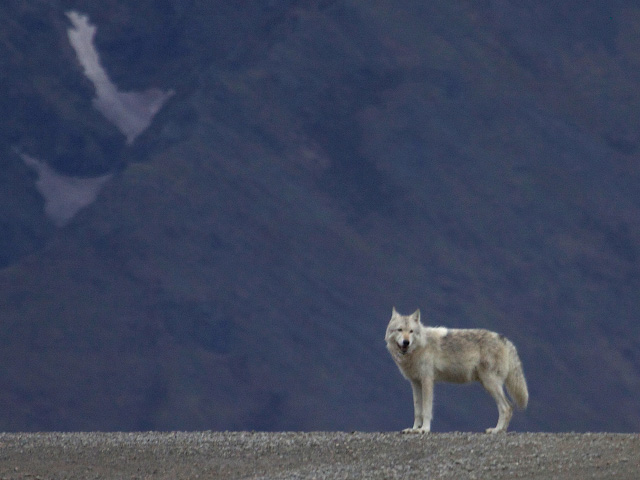