OMAHA (DTN) -- Sen. Cory Gardner of Colorado was talking about the struggles of health care in rural parts of the state last week when he noted he had met in January with the director of the Colorado Department of Agriculture, who told the senator that the ag department was looking to reestablish a farmer suicide hotline.

"Because the conditions in farming are so bad right now in Colorado that they wanted to get ahead of it before it got too bad," Gardner said. "That's a health care challenge we face in our communities."

A group of top economists told the House Agriculture Committee this week that the farm economy is bad, but not as bad as the 1980s. Still, the prolonged downturn in the ag economy -- moving into its fourth year -- is increasing stress on farmers who rely heavily on operating credit. Banks have tightened loan requirements, leading more farmers to rely on USDA loans. And roughly one-in-five farmers specializing in some key commodities and livestock now have debt-to-asset ratios that will make those more vulnerable to a financial crisis if prices continue to worsen for the crops and livestock they raise.

While it isn't quite like 1983, the level of stress and worry is growing out in the countryside. People who deal with some of the few rural hotlines out there are seeing the level of calls and emails picking up as well.

"There are some problems out there," said Margaret Van Ginkel, director of Iowa Concern Hotline at Iowa State University Extension. "It seems to be there are more problems with the bigger farmers. The issues are bigger and there's a lot of money involved."

In Colorado, Ben Rainbolt, executive director of the Rocky Mountain Farmers Union, said his board members began expressing some concern last summer when it became clear the economic condition for farmers wasn't going to be improving quickly. The group began putting together some resources on finances and family stress to provide farmers. RMFU began working with some Extension people at Colorado State University, as well as leaders from the Colorado Farm Bureau and the state department of agriculture.

"We're getting together in March to discuss how we can get these resources in the hands of people and maybe more on a subtle basis," Rainbolt said. "You know some of the nature of that kind of stress sometimes has to be handled subtly in small communities and small towns and farmers who are experiencing that kind of stress. Typically, a farmer's very proud and doesn't rely a lot on help."

Rainbolt said Rocky Mountain Farmers Union leaders also reached out to their counterparts in Nebraska, which has continued to maintain a farmer crisis hotline since the 1980s.

Rainbolt noted he was not aware on any specific incident that sparked the farmers union into action. "We're just worried. We don't want to have the problems we had in the 1980s and we want to get out in front of it."

Iowa Concern Hotline was started in 1985 during the farm crisis and has evolved over time to focus on broader concerns. The hotline also offers legal counseling. Van Ginkel said the hotline calls have been largely quiet on the farmer side but seeing more activity. Van Ginkel noted calls and inquiries are about 10% to 15% higher than in the past.

"We're hearing there are problems with landlords and tenants who haven't signed leases and March is almost here," she said. "They are trying to get them to lower the rent. Of course, some of the landlords are widowed women that rely on that income, too, and they don't understand why the renter is trying to lower the rent."

Van Ginkel said typical calls might involve multi-generation operations that have a lot at stake in changes to yearly farm income, or a spouse who wants to get the family out of farming. Then there are family conflicts over land. She also works with a group of stakeholders such as ag lenders, cooperatives and Extension staff who meet from time to time.

"Last week at the meeting, the tone was changing a little bit," she said. "Mediation has seen a big increase."

Another topic not discussed as much is that at least some farmers have less time to talk to peers about issues in the industry because they are relying more heavily on another job for family income, Van Ginkel said. Fewer guys have time for the traditional coffee talk.

Even before the current downturn, farmers were more prone to succumbing to mental stress on the job than other careers. A study released last summer by the Centers for Disease Control looking at suicide rates by professions in 20 states from 2000 to 2012 showed people working in farming, fishing and forestry had a suicide rate of 84.5 per 100,000 people, and hit a rate of 90.5 per 100,000 when just analyzing males. The suicide rates for people in farming, fishing and forestry was the highest of any profession by a wide margin, though the study did not offer any explanation as to why the suicide rate in agriculture was higher than other jobs. (http://dld.bz/…)

The 2008 farm bill included a program called the Farm & Ranch Stress Assistance Network, but the program was discretionary and never funded, so it never got off the ground. The program would have cost an estimated $17 million to $18 million to run, but it was dropped by Congress when lawmakers wrote the 2014 farm bill.

"I'd like to see it permanently put in place because we have to deal with suicide in the agricultural population, even in the good times," said Dr. Michael Rosmann, a psychologist from Harlan, Iowa. "We have to deal not only with the financial cycles, but there are other factors. One of them is that farming is so stressful and there are exposures that other occupations don't have."

Rosmann said he gets anywhere from three to 20 emails or phone calls a week from farmers or their family members around the country asking for information on farm counseling. Rosmann writes a syndicated column on rural issues and behavioral health.

"The story is financial uncertainty," Rosmann said. "There isn't any bright spot in agriculture in the moment, except for specialty areas such as organic production. For most everybody else, everything is either break even or a loss."

Rosmann also consults farm financial experts from time to time to hear more about the economic challenges from bankers. Rosmann also said farm mediators in states such as Minnesota and Wyoming are telling him more about farms that will need to foreclose or go through bankruptcy in the near future.

"It is a good time for Colorado to set up a farm crisis hotline because there is a need for it and there is a risk of stress-related behavior problems," Rosmann said. 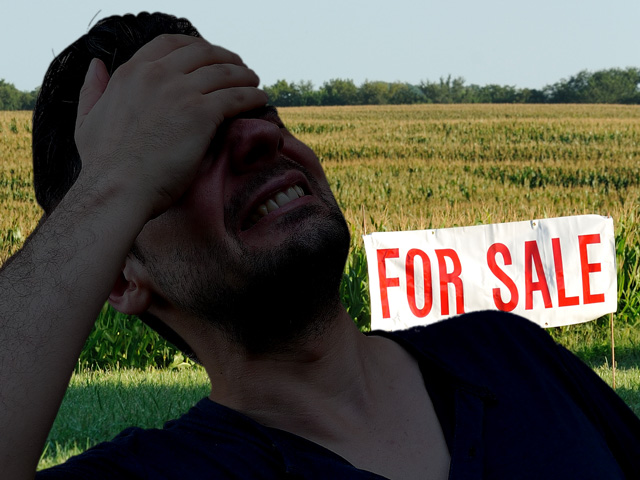