HADDONFIELD, N.J. (DTN) -- The American Bankers Association is again taking off the gloves in its longstanding battle to curb Farm Credit System lending. In recent months, ABA leaders have stepped up radio and media interviews; they scored a rare House Agriculture Committee hearing that publicly flogged the system's lending practices; this week a Washington Post article rehashed those wounds.

The feud over Farm Credit's tax privileges and special access to Wall Street funding pre-dates the system's near meltdown and federal bailout in the 1980s credit crisis. It has simmered at ABA conventions for decades and behind closed doors in Washington D.C. Four years ago, the ABA formed a task force specifically dedicated to reform Farm Credit.

"We're all for competition. Banks like competition. They don't stray away from it. What they want is fair competition," said Ed Elfmann, vice president of ABA congressional relations. "We will compete with anyone as long as it is a fair playing field."

Country bank complaints have gained traction recently as bankers cite more instances of what they call "mission creep" -- charges that the system is increasingly serving city slickers and Fortune 500 companies instead of its traditional farm customers. They've developed a 24-page white paper detailing their gripes.

What rankles Kreg Denton, senior vice president of the First Community Bank of the Heartland, a six-branch $150 million bank serving western Kentucky and northwest Tennessee, is how Farm Credit appears to be straying from its original 100-year-old mission of serving farmers and ranchers.

Over the decades, Congress exempted the system from paying income tax on profits from farm mortgage lending and blessed its access to Wall Street funding with an implied government guarantee and a Government-Sponsored Entity (GSE) status. Those benefits were meant to help assure that farms, related ag businesses, utilities, co-ops and rural homeowners have access to credit in good times and bad. That tax exemption alone could save the system $600 million a year, some estimate.

In an interview with DTN, Denton cited the example of a nonfarmer in his trade area with a $10 million net worth who purchased a recreational farm, built a hunting lodge, filed no Schedule F, but was able to secure a Farm Credit System mortgage.

"I don't see that man needing a loan through Farm Credit, but he got the advantage of their low rates," said Denton, a member of the ABA task force on reforming Farm Credit.

Wealthy individuals already are disqualified from receiving farm subsidies. "If the same person is too big to qualify for farm program payments, how can they qualify for subsidized credit?" he asked.

In contrast, the longest certificate of deposit Denton can float is 60 months. To offer a 15-year or 20-year fixed-rate mortgage to compete with Farm Credit, Denton needs to sell the mortgage on the secondary market through Farmer Mac, another GSE. The 25-50 basis point mark up he earns for servicing the loan "is not a lot of margin" for the effort, he said.

After stumbling in the 1980s, Farm Credit institutions now hold about 40% of the nation's credit to farmers and ranchers, including almost half of all the farmland mortgage debt. Banks are losing market share but also hold about 40% of total farm debt. Because of stricter Dodd-Frank regulations, small country lenders complain it is increasingly difficult to provide mortgage credit in rural areas. They want the Farm Credit System on equal footing tax-wise for real estate lending, or held to a much narrower customer base than what current regulations allow.

In December, the House Agriculture Committee held its first widespread review of the Farm Credit System's lending practices in more than a decade, marked by harsh criticisms among congressmen who reminded the system's regulators to keep the system within its intended mission.

A $725 million CoBank loan to Verizon to buy out its Verizon Wireless partner -- part of a much larger $13 billion syndicated loan transaction led by 20 other commercial and international banks -- raised concern among normally friendly House members. Technically, such syndicated loans are legal and are meant to diversify no more than 15% of an individual Farm Credit System institution's portfolio, reducing the risks of a prolonged down cycle in farming.

The Farm Credit Administration reviews such syndicated loans and revokes authority when it deems something outside the guidelines. A loan to Cracker Barrel restaurants fell in that category, for example.

But as Rep. Austin Scott, R-Ga., said at the time, "While technically legal, it is certainly in my opinion and in the opinion of the majority of members of this committee who are your greatest advocates, that it [the Verizon loan] is outside the scope and intent of the Farm Credit System. I'll be honest with you, I don't think CoBank will stop until someone stops them."

In its defense, CoBank points out that commercial banks invited them to syndicate the loan and banks partner with them to share their risk, too. What's more, better broadband and wireless service is critical to rural communities. Giants like Verizon and Frontier Communications have the wherewithal to bring remote farm communities up to speed. Without better telecom connections, it will be hard to attract youngsters to rural areas or even master the data revolution already spewing from yield monitors, smart phones and in-field weather stations, CoBank argues.

Danny Klinefelter, a DTN columnist and Texas A&M ag finance professor, thinks most Farm Credit criticisms are off base. His Illinois farm family owns stock in three country banks but also borrows from the Farm Credit System. Klinefelter serves as a Farm Credit director in Texas.

From a farm borrower standpoint, farmers need more lenders vying for their business, not less, he argued. "If my bank decides I'm no longer creditworthy and they're pulling the plug, I need an alternative, especially in rural areas. Lending is a relationship business, so if you have a loan officer who is too green, or a difference in lending philosophy, you need choices."

Kentucky banker Denton doesn't want to make farm customers mad by raising their interest rates should Farm Credit lose its tax status. "But if you are going to give Farm Credit privileges, make them loan to farmers, not to hobby farmers and guys with $10 million net worths. That's not who they were meant to serve," he said.

To read a transcript of the House Agriculture hearing go to http://agriculture.house.gov/… 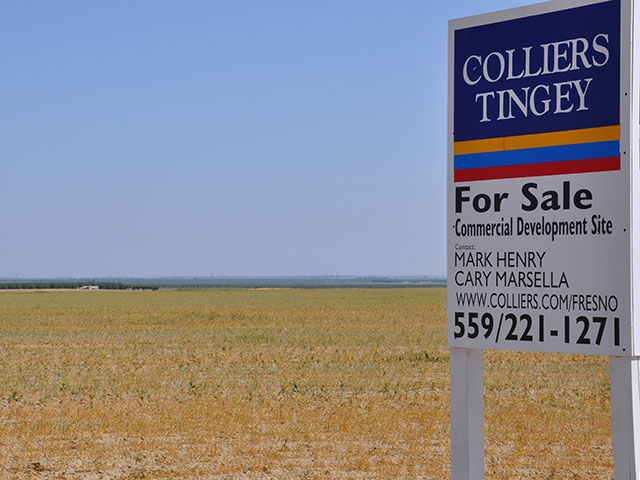