LINCOLN, Neb. (DTN) -- A Virginia woman who worked on farms for many years and allegedly contracted cancer from exposure to the herbicide Roundup, has filed a civil rights lawsuit against Bayer and law firms that dropped a potential settlement because she isn't a U.S. citizen.

Elvira Reyes-Hernandez was diagnosed with non-Hodgkin lymphoma in 2019 after working on tree farms in Virginia from 2015 to 2018.

According to a new lawsuit filed on Thursday in the U.S. District Court for the Western District of Virginia, in 2020, Reyes-Hernandez was offered an opportunity to settle on her Roundup claims according to the terms of Bayer's settlement program.

She filed a lawsuit claiming exposure to Roundup had a role in causing her cancer. Bayer entered into a settlement agreement with Reyes-Hernandez and thousands of others with the same chemical exposure and subsequent illness.

Her attorneys with Lawyers' Committee for Civil Rights Under Law said in a news release the new lawsuit is without legal precedent.

Reyes-Hernandez alleges her rights were violated under the Civil Rights Act of 1866. The act allows for the enforcement of such contracts with the firms and Bayer, the attorneys argue, regardless of citizenship.

Bayer allocated $412.8 million -- or an average of $120,000 per client -- to pay damages to the Bayer law firms' 3,000-plus clients and the law firms' fees. The program was part of Bayer's larger effort to resolve all Roundup product liability litigation for which it had set aside about $9 billion.

"Then the defendants reneged," the lawsuit said. "It turns out that Monsanto and Bayer were restricting the settlement program to United States citizens only. Like many farmworkers in the U.S., however, Ms. Reyes-Hernandez is not a United States citizen. And so, seven months after she signed onto the program, her lawyers told her she was ineligible because she was not a U.S. citizen. And instead of honoring their contractual commitment to litigate her claim, they abruptly dropped her as a client and dismissed her from the lawsuit they had brought on her behalf."

Bayer said in a statement to DTN the lawsuit was without cause.

"This lawsuit has no merit, as the eligibility requirement at issue in the voluntary-settlement agreement is intended solely to ensure that U.S. courts are the appropriate venue for oversight of the settling parties, which is a proper purpose," Bayer said.

"The U.S. settlement program is intended to resolve claims of U.S. citizens and legal residents due, in part, to the fact that U.S. courts are not the proper forum for every dispute or settlement that may arise involving parties outside the U.S. Moreover, per the terms of the settlement agreement, Ms. Reyes-Hernandez has every right to attempt to pursue her claims in U.S. courts, and following the dismissal of her original case, she refiled her personal injury claim in July 2022 in the Missouri Circuit Court for St. Louis County, where it is currently pending. The treatment of Ms. Reyes-Hernandez is no different than any other plaintiff who did not meet the terms of their settlement agreement."

Reyes-Hernandez performed fieldwork on Virginia tree farms from 2015 to 2018, according to the lawsuit. Her job included spraying Roundup on a regular basis for several consecutive months each year.

The lawsuit said she developed a "painful swelling" in her neck before being diagnosed in 2019.

"Following her diagnosis, she made a legal services retainer contract with the three defendant law firms to sue Monsanto for causing her cancer," the lawsuit said.

When Reyes-Hernandez signed documents as part of the settlement program with Bayer, the forms required applicants to indicate citizenship status, the lawsuit said. "Plaintiff truthfully indicated that she was not a United States citizen," the complaint said.

"The defendant firms did not inform plaintiff that in fact she had a right (regardless of citizenship) to pursue her claim in court, or that she had only one year from the date of dismissal to refile. Nor was plaintiff offered assistance in finding new counsel to represent her."

Reyes-Hernandez was able to find new lawyers and refiled her Roundup claims in July 2022, according to the lawsuit.

"Roundup products are most heavily applied in agricultural settings by agricultural workers -- most of whom, like plaintiff, are non-United States citizens," the complaint said.

"Yet residential Roundup users have comprised the great majority of persons suing and then settling with Monsanto. In other words, those individuals with some of the worst exposures to Roundup have been kept out of the settlement program, and they are being kept out because they are not United States citizens." 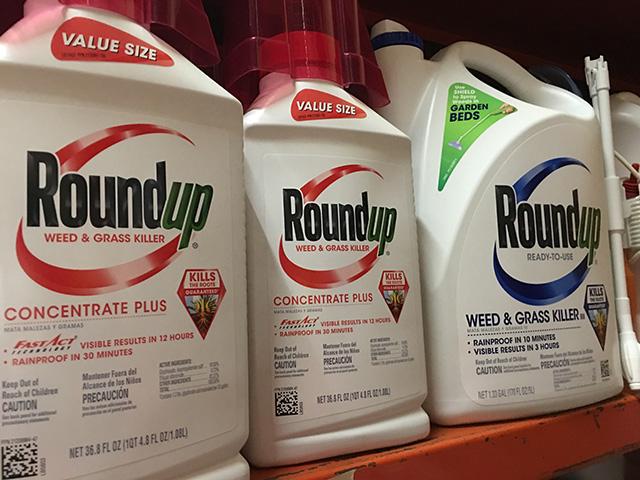