LINCOLN, Neb. (DTN) -- Bayer AG said it believes it has gained momentum in the Roundup legal battle, and it's becoming less likely the company will pursue new settlements with outstanding plaintiffs, the company told DTN.

For the second time in eight months, Bayer petitioned the U.S. Supreme Court to review a verdict in a Roundup product liability case. The new petition, filed in March, however, is the first Roundup challenge filed by Bayer alleging a California jury's awarding of $87 million in damages to cancer victims violated the Constitution.

The new petition asks the court to review the verdict in Pilliod v. Monsanto Company. In August 2021, a California state appellate court upheld the verdict that awarded $87 million in damages to Alva and Alberta Pilliod of Livermore, California. The couple had used Roundup at home for about 30 years; later the Pilliods developed similar types of cancers, according to court documents.

Bayer petitioned the Supreme Court on Aug. 16, 2021, asking for review of the Edwin Hardeman ruling. The court has yet to render a decision on the petition. On Dec. 13, 2021, the court asked the solicitor general to file a brief on the case. A brief had not been filed as of April 14.

In 2019, a jury awarded Hardeman $80 million in damages after the ruling his non-Hodgkin's lymphoma was caused by his use of Roundup. The damages later were reduced to $25 million.

"The petition in Pilliod follows a similar filing in Hardeman," Bayer told DTN in a statement.

"The company believes there are strong legal arguments to support Supreme Court review and reversal of both the Hardeman and the Pilliod verdicts. Monsanto has also won the last two cases in the Roundup litigation to go to trial, Clark and Stephens, and has reached agreements to resolve the vast majority of claims.

"Following these two recent trial wins and the request made by the Supreme Court for the views of the solicitor general in Hardeman, the company will be very selective in entertaining future settlement discussions."

Bayer has faced thousands of similar lawsuits connected to the glyphosate-based product.

As it did in the Hardeman petition, Bayer's new petition in the Pilliod case argues the Federal Insecticide, Fungicide and Rodenticide Act, or FIFRA, bars states from adding new label requirements.

In addition, Bayer said EPA has found "neither Roundup nor its active ingredient, glyphosate, causes cancer in humans.

"EPA has authorized Roundup for sale, repeatedly approved Roundup's labeling without a cancer warning, and informed pesticide registrants that including a cancer warning on the labeling of a glyphosate-based pesticide would render it 'misbranded' in violation of federal law," the company's brief in the Pilliod case said.

The Pilliods were awarded the damages because a jury "found that the omission of a cancer warning from Roundup's label violated state law," according to the brief.

Bayer said the $87 million award to the Pilliods violates the 14th amendment's due-process clause because the company "acted in accordance with the scientific and regulatory consensus" regarding the safety of its product.

Brook Duer, staff attorney with the Penn State Center for Agricultural and Shale Law, told DTN there is a reason why Bayer's second appeal to the Supreme Court came nearly eight months after the petition on the Hardeman case.

Bayer was required to wait 90 days after the California Supreme Court's denial of Bayer's appeal on the Pilliod case on Nov. 17, 2021, he said, before filing the March appeal to the Supreme Court.

Back in July 2021, Bayer AG CEO Werner Baumann said during a call with investors that he believed the Hardeman case offered the company's best chance of receiving Supreme Court review.

In July 2021, Bayer announced a five-point plan to manage and resolve future litigation risk from Roundup. Among the moves, Bayer announced it would stop selling Roundup products for residential use starting in 2023.

According to Bayer's 2021 third-quarter financial report, Bayer said the Pilliod and Hardeman cases are not covered by the settlement rejected by the U.S. District Court for the District of Northern California.

The court rejected a broader Bayer AG settlement last year out of concern the settlement would not adequately address the concerns of families who may later be diagnosed with non-Hodgkin lymphoma.

Baumann said during a Bayer earnings call in March 2022 that about 107,000 of about 138,000 Roundup personal injury claims had been resolved or found to be ineligible for settlement. He said the company was not going to "entertain any further settlement discussions" until the solicitor general files a brief in the Hardeman case.

According to a March 26, 2022, story by Bloomberg, one of Bayer's main investors, Singapore-based Temasek Holdings Pte, is pushing for Baumann's resignation because of what has been a costly acquisition of Monsanto. Bayer acquired Roundup brands as part of its $63 billion purchase of Monsanto.

Bayer continues to maintain that the Roundup ingredient glyphosate is safe.

In February 2022, Bayer alerted retail partners the company may not be able to fill some glyphosate contracts this spring because of a supplier's manufacturing problem.

Bayer declared a "force majeure" event, a term used to describe an uncontrollable event that prevents a party from fulfilling a contract. The situation could leave some farmers who are awaiting glyphosate deliveries on shaky ground. 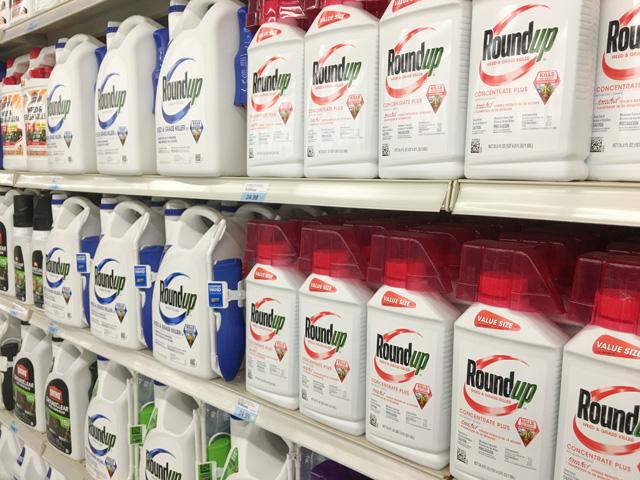