HATILLO, Puerto Rico (DTN) -- As Dr. Jose Torrado, a dairy farmer, veterinarian and owner of a small creamery near Hatillo, showed a visitor around his dairy barn and 250 milking cows, he briefly summarized how he and other dairy farmers are able to survive on the island of Puerto Rico.

"We do not receive imported milk from the United States. That is why we are alive. We supply all of the fluid milk demand," Torrado said.

While Puerto Rico might be known for its coffee, plantains, bananas, fruits and vegetables, the 280 or so dairy farms on the island account for more than one-third of Puerto Rico's total farm cash receipts.

In the USDA Ag Census on the island conducted after Hurricane Maria hit in 2017, Puerto Rico reported 281 dairy farms with just under 105,000 total head, of which about half are milked.

More than 60% of the island's dairy production is concentrated around the city of Hatillo, about 50 miles outside of San Juan. One reason dairies developed so heavily in the area is because it's one of the coolest locations on the island with a breeze coming in from the ocean.

"Most of the dairies were established here," said Katiria Perez, a program coordinator for the Cooperativa De Productores De Leche De Puerto Rico (COOPLE) "There are a lot of generational dairies."

Torrado's grandparents started dairy farming in 1958. At the time, they also raised coffee and sugar cane, but eventually phased out those crops. About seven years ago, Torrado's family started processing milk into yogurt and cheese to generate extra income. The dairy now is looking to significantly expand its creamery.

"I think there is room for more of that, because we import a lot of cheese," Torrado said.

As much as 85% of the food in Puerto Rico is imported -- the vast majority of that comes from the U.S., including island staples such as pork, poultry and rice.

That's not the case for fluid milk, which operates under a quota system. While the island imports a lot of cheese, ice cream, yogurt and other dairy products, nearly all of the fluid milk comes from the local farms. For their quota, dairy farmers on the island are receiving about $40 per cwt. That compares to a U.S. all-milk average price of about $25.55 per cwt in 2022.

"That means a big part of the milk is going for fluid milk," Torrado said of the higher prices. "When that happens, you are paid well."

At the same time, Puerto Ricans pay a premium for that fluid milk. Last week, a gallon of whole milk in San Juan cost just under $7 a gallon. That compares with the U.S. average price of about $4.26 a gallon, according to USDA. That puts more food-cost pressures on Puerto Rican residents, of which roughly 40% live below the poverty line.

"The consumers support this. I don't think the people are against it in any way," Perez said.

Puerto Rican farmers noted the high price they receive, but also pointed to the high grain costs they pay for imported feed. Essentially 100% of grain for dairies is imported.

Gustavo Toledo, owner of Vaqueria Ceiba Del Mar, is one of the biggest dairy producers on the island, a 900-head dairy in the town of Arecibo overlooking the Atlantic Ocean. Toledo said feed costs during the past two years have gone from an average of $10-$11 per cwt to about $22 per cwt now.

Toledo noted he can improve his pasture and grow hay, but he can't produce the grain his farm needs. To compensate, Toledo has cut grain feed from an average of 30 pounds a day for cows to about 20 pounds a day.

As for energy, dairies and other businesses on the island pay on average about 30 cents per kilowatt-hour, compared to the U.S. average of about 16.5 cents per kWh.

While Torrado and some other farms produce alfalfa, a large percentage of alfalfa is imported from the U.S. where drought has driven up hay prices.

"Suddenly, it went up like crazy and it became hard to cover expenses," Torrado said.

"As an island, all of our grain feed comes from the outside, so we are vulnerable," Perez said. "If we can expand grazing, that will make us more resilient. It's what we are promoting every day."

Farmer Jorge Rivera Cordero started developing his pasture after losing a dairy farm and about 50 cows during Hurricane Maria in 2017. Cordero is in the process of developing 2.5-acre tracts across his 183 acres, building fences and planting rows of trees for shade and possible fruit between each grazing pen. As such, he said his cows are now down to about 18 pounds of grain a day.

"We have to go another direction, with fewer cows and more acres," Cordero said. "We have to invert the relationship to grain."

Perez said the focus on grazing management for producers will ideally also connect with consumers, and lead to more compensation for dairy producers. Like a lot of places, Puerto Rico has seen a decline in fluid milk consumption in recent years. That is one reason farmers are looking to develop their own yogurt and cheese brands, but the industry also wants to see fluid milk sales stabilize.

"We can offer the consumer a more natural product because the cows are fed in a more open environment," said Manuel Martinez, president of COOPLE. "That's the advantage we have in Puerto Rico."

Touching briefly on dairy production, Cordero also said the dairy industry is looking to improve the ability of dairy cattle to better handle the high humidity and heat in the Caribbean. Breeders have been looking to bring in breeds such as Gyr or Gir breeds that could cross with the island's Holsteins and Jersey crosses.

"This is the beginning of a process that we think will be helpful for our farmers and for the country," Cordero said.

Torrado also has provided tours for school children and others on his farm. Another dairy, the Martinez Dairy, also has embraced agritourism as an income source.

In 2019, Pablo Martinez, Manuel's son, came up with the idea of opening up the 92-cow dairy in the island foothills to the public, including school tours during the week. The dairy became one of the first on the island to consistently offer tour events.

"We explain all of our work and we offer different experiences," Martinez said. "It's become two businesses in one. The tours provide some extra income to invest."

After seeing tours shut down for about 18 months due to the pandemic, Martinez estimated the farm had about 10,000 visitors in 2022, paying on average $15 a head for adults.

That includes a "work experience" on the farm. On Saturday mornings, starting at 3 a.m., the dairy will allow two people to work on the farm. They milk the cows, feed them and clean the stalls for about five hours. Pablo said their calendar is filled.

"It is a very nice experience," Pablo Martinez said. "We have a lot of people who are signing up to come work on the farm."

Asked about growing the dairy herd, he said, "This is a family business and a really small dairy and we've always kept the farm that way. It works for us."

You can see more about Puerto Rico in the following videos: 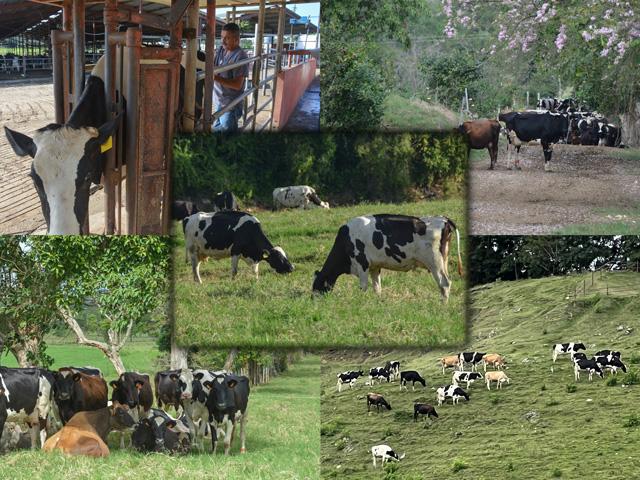