The turn to winter traditionally has us thinking back over the year that was. Here in the DTN/Progressive Farmer newsroom, we're also prone to look back on the accomplishments, the challenges, and the things that didn't turn out as planned. In that vein, we again asked our reporters and editors to look back at some of their favorite stories from 2022. The pieces range from hard-hitting investigative journalism, to heart-tugging stories of loss, to the fun discoveries that can be found on farmsteads and small towns. We hope you enjoy our writers' favorites, with today's story by Todd Hultman.

While writing and speaking about markets in 2022, it often struck me that many of the market's big challenges were being made more difficult by a growing world population. The last time a global pandemic arrived, there were fewer than 1 billion people on the planet and people from different countries didn't travel and interact nearly as much. The pandemic that hit in 2020 spread rapidly across the globe, infecting more than 600 million people in a relatively short period of time and caused major economic disruptions that are just getting sorted out two years later. It's a different world today and COVID still has China's economy in a knot.

Here in the United States, it is becoming increasingly obvious farmland is becoming more difficult to find. Cities are changing, people are moving back to rural areas, land prices are rising and it gets tougher every year for young farmers and ranchers to get a start.

Earlier last fall, I knew estimates of world population were on track to hit 8 billion in November and I wanted to write about the challenges of continuing to produce food on a finite planet with a growing population, but frankly I was stuck. The topic was just too big and I was having a hard time understanding how it was that, in spite of all these growing pains, we're still enjoying the best standards of living the planet had ever seen.

(https://www.dtnpf.com/…). Thanks to Lehner's comments and mention of Vaclav Smil's book, "How the World Really Works," the story of how modern life came about became more clear, thanks to lots of supporting numbers from Smil.

The result was "Farming's Miraculous Past and Challenging Future," my favorite Todd's Take from Nov. 4, 2022. (See https://www.dtnpf.com/…) Framing the changes within the four key years of population growth -- 1 billion in 1804, 2 billion in 1927, 4 billion in 1974 and 8 billion today -- I realized that for each of us, this was a family history of change, as well as the story of ag on this planet.

In 1927, my maternal grandparents were young farmers in northeastern Nebraska and my father was 10 years old, the son of a farming father and mother who taught school, living not far away from my mother's family. I recall Grandpa talking about farming with different horses he probably cussed daily, but recalled fondly by name in later life. The game-changing switch to trucks and tractors started before World War II and switched the fuel of choice from oats to petroleum.

Today, we think about yield improvements from genetically modified corn and soybeans, but those changes have been relatively small, in the bigger picture. The more dramatic gains came in the early 20th Century from the production of fertilizers, herbicides and insecticides, all of which depend on carbon fuels and, without which, we would have no prayer of feeding 8 billion or more in the near future. As Smil contends, 4 billion of us could not be here today without the production of synthetic ammonia.

Doing the research for this column also helped me see many of the political frustrations we're currently facing in a new light. Yes, there's a need for more climate-friendly fuels and we have to keep learning new ways of doing things. I don't know what the solutions for the future will be, but I can say many that pine for food, untouched by chemicals or genetic advances have no plan for feeding 8 billion plus people.

At the root of many political arguments, I sense a fear on both sides about where we are all headed as the population continues to swell on this finite marble. With "Farming's Miraculous Past and Challenging Future," my hope was to instill an appreciation for the series of miracles that have taken place the past 218 years, which allowed farmers and ranchers to adequately feed 90% of 8 billion people in 2022, a feat that has never been accomplished.

Looking forward, the challenges are daunting. As far as I can tell, we're as dependent on miracles as ever. 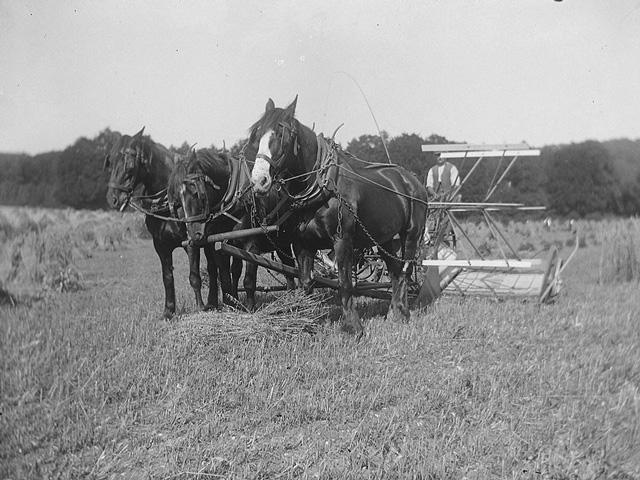