OMAHA (DTN) -- The House of Representatives on Friday ended the main work of its lame-duck session, giving final approval to a $1.7 trillion spending bill to fund the government, including USDA programs.

The House voted 225-201 to send the bill to President Joe Biden. Nine Republicans joined 216 Democrats in voting for the bill. One Democrat voted with 200 Republicans to oppose it. At least one Democrat also voted "present."

The Senate passed the bill on a 68-29 vote Thursday. Without the $1.7 trillion package, the federal government could have faced shutdown as early as Friday.

Among roughly $27 billion in spending for natural disasters, the bill includes $3.74 billion to USDA to help producers who suffered through agricultural disasters in 2022.

The bill provides $25.5 billion in discretionary funds for USDA and related agencies, such as FDA. Another $10 billion will go to EPA.

The disaster aid provisions will help farmers who suffered losses for crops, dairy products and on-farm stored commodities, as well as crops prevented from planting in 2022. Up to $494.5 million of the funds are set aside for livestock producers who were hit with losses.

Rice producers also will receive a one-time payment with funding of $250 million following higher fertilizer prices and relatively flat commodity prices that affected rice growers more than other commodities. Sen. John Boozman, R-Ark., helped include the language, citing that as many as two-thirds of rice producers were projected to lose money in 2022.

Another $100 million will go to make payments to cotton merchandisers who faced financial losses because of supply chain problems during the pandemic.

The bill also includes language allowing USDA to set standards and verification rules for agricultural carbon market programs. The language adopts provisions from the Growing Climate Solutions Act for USDA to create a new program and form an advisory committee, as well as boost technical assistance for farmers interested in carbon markets.

The carbon provisions define "agriculture or forestry credit" as a credit that prevents, reduces or mitigates greenhouse gases, including through the sequestration of carbon, as a result of agricultural or forestry activity.

USDA also now has $3.1 billion in outstanding grants for more than 140 different pilot projects around the country meant to find ways to reduce agricultural emissions under the Partnership for Climate-Smart Commodities.

Agricultural immigration reform also died when Senate leaders opted not to allow a vote on Sen. Michael Bennet, D-Colo., bill, the Affordable and Secure Food Act. The bill failed to get a Senate vote despite two years of efforts from agricultural groups to overhaul the H-2A guestworker program to allow year-round workers and make it easier for those workers to get approved for visas. The bill also would have legalized current farm workers in the country illegally.

"The Senate has missed another crucial opportunity to resolve the farm labor and food production crisis facing this country," said Dave Puglia, president and CEO of Western Growers, a group representing produce farmers. "Since 2015, our dependence on imported fruits and vegetables has increased by more than 50% and is on track to exceed another 12% this year. Without a stable, legal agricultural workforce, our nation will become increasingly dependent on imported food."

Given the change in House leadership and political battles over the border with Mexico, the two-decade push to overhaul farm guestworker laws and immigration status will likely become even more difficult to pass.

The Rural Electric Program will receive $4.3 billion in guaranteed underwriting loans, of which up to $2 billion will be used for upgrading fossil-fuel electric power plants that utilize carbon subsurface utilization and storage systems.

Rural broadband programs receive $455 million, including $348 million for the ReConnect program through USDA.

USDA's Business and Industry Loan Program also is bumped up 45% to $1.8 billion.

USDA also will have authority for up to $4 billion in emergency loans.

For food aid, the Supplemental Nutrition Assistance Program (SNAP) will receive $153 billion, a record funding level for the program. The bill bumps up benefit levels for recipients.

The bill also includes provisions helping low-income families buy food for their school children during the summer with benefits of $40 per child, per month. The provision is expected to help as many as 29 million children.

The bill also reauthorizes the Pesticide Registration Improvement Act (PRIA) at EPA and increases the registration and maintenance fees "to support a more predictable regulatory process," and create additional improvements in the program.

The bill also extends the deadline for EPA to complete registration review decisions for all pesticide products registered as of Oct. 1, 2007. Boozman noted earlier this week, "EPA is facing a significant backlog of pesticide registrations due to a variety of factors over the past several years, which raises potential implications for continued access to numerous crop protection tools. The agency will be allowed to continue its registration review work through Oct. 1, 2026, as a result of this extension."

The bill also will extend the Livestock Mandatory Reporting (LMR) for packers through Sept. 30, 2023. Another $1 million in funding was added to support a cattle contract library pilot project already launched by USDA. Congress also increased funding for enforcement of Packers and Stockyards Act rules by $5 million as well. 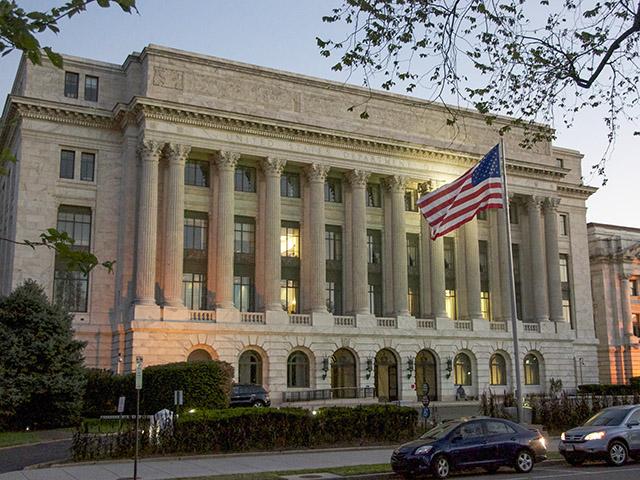