OMAHA (DTN) -- Residents of Grand Forks, North Dakota, are wondering about the next steps for a Chinese company's proposed corn mill after a federal committee concluded last week that it doesn't have jurisdiction over the foreign land purchase despite the proximity to an Air Force base.

Fufeng USA last week released a letter from the Committee on Foreign Investment in the United States (CFIUS) stating that the committee of government officials had concluded that "it has no jurisdiction to review" Fufeng's 370-acre purchase of land about 12 miles from Grand Forks Air Force Base. The CFIUS group determined it did not have jurisdiction after the project had been under its review since at least mid-September.

According to the Grand Forks Herald, Fufeng USA released a statement that the company is pleased with the outcome of the CFIUS review and looks forward to building its planned $700-million, 25-million-bushel corn mill plant on the site.

Fufeng is headquartered in China and is known as a producer of various corn starch products and food additives made from corn.

The CFIUS decision will likely fuel more focus on trying to place a representative from USDA on the interagency committee, an issue that has been raised multiple times over the past decade as Chinese companies bought Smithfield Foods and Syngenta.

Still, Fufeng, in an email to Grand Forks officials, said the "second phase of the CFIUS review" was led by the Departments of Defense, Treasury and Agriculture. Fufeng added CFIUS would not be taking any further action on the project.

City officials told the Grand Forks Herald they would now restart some of the work on the Fufeng project that had been on hold since September. That includes more details on planning and design work.

North Dakota's U.S. senators each expressed concern about the CFIUS decision. Sen. Kevin Cramer, a Republican, did an interview on the conservative news channel Newsmax criticizing the CFIUS decision and the fact it took close to three months for the committee to conclude it did not have jurisdiction.

"That's why I've asked for a classified briefing from the Treasury Department, which is the head of CFIUS, and from the Department of the Air Force if not the entire Department of Defense, because they're the entities that I'm most concerned about," Cramer said. "Hopefully, I'll at least learn with my clearance what (CFIUS) learned during this review. My sense is that there are serious concerns."

Sen. Marco Rubio, R-Fla., vice-chairman of the Select Committee on Intelligence, also released a statement on the CFIUS decision. He has pushed for legislation to block Chinese companies from acquiring land near military bases.

"The Chinese Communist Party should not be allowed to purchase land near our military bases. It is dangerous and dumb," Rubio stated. "Congress mandated that CFIUS protect America's national security, and that should be its first priority, not making it easier for Chinese businesses, with ties to Beijing, to operate in the United States."

Opponents of the project were surprised by the decision. Since last year, at least some Grand Forks residents have pushed for a citywide vote on the project.

"It's not approval, it's not a green light, it's not a go-ahead, it's that they don't have the jurisdiction," said Jodi Carlson, an opponent of the project, on WDAY TV in Fargo, North Dakota. "So, there could be grave national security risks."

More than 50 Republican members of Congress wrote Biden administration officials in late September calling for CFIUS to reject the land purchase. More than 125 House Republicans also wrote the Government Accountability Office (GAO) in October requesting an investigation into foreign ownership of U.S. farmland, citing that foreign ownership of farmland nearly doubled from 2010 to 2020.

According to USDA's latest report, nearly 36.7 million acres of agricultural land were foreign-owned at the end of 2020, up about 2.4 million acres from 2019. Canadian investors control about 32% of that acreage, or about 12.4 million acres. Netherlands (13%), Italy (7%), the United Kingdom (6%), and Germany (5%) also collectively held about 12 million acres.

This past year, lawmakers have introduced more bills that would require more USDA accounting of foreign ownership. Reps. Elise Stefanik, R-N.Y., and Rick Crawford, R-Ark., introduced the Agricultural Foreign Investment Transparency Act in the House that likely will draw more attention when Republicans take control of the chamber in January. 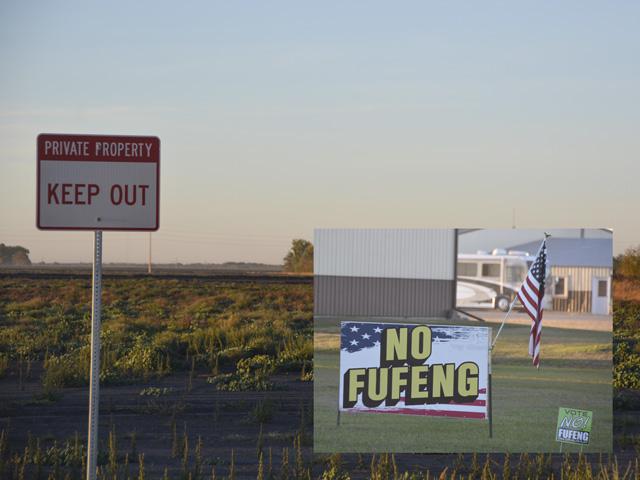