OMAHA (DTN) -- With a normal crop drying season on deck, the propane outlook appears to be stable, according to industry experts. Supplies are more plentiful than last year, and propane prices are slightly higher from a year ago.

However, the energy markets are volatile and the outlook could change quickly. Several factors such as the weather and the world economy could alter the outlook for propane.

Michael Newland, director of agriculture business development for the Propane Education and Research Council (PERC), told DTN their crop moisture models point to an average grain drying season this fall. It didn't look good earlier in the season, as many areas had delayed planting; but crops caught back up in most areas, he said.

The 2022 crop drying season will certainly not be like 2019, he said. That year, many regions of the Corn Belt had high-moisture crops that needed to be dried down. This caused supply shortages and price hikes.

Newland said there might be some areas in the Eastern Corn Belt (ECB) and the Northern Plains that might have wet crops, but overall, it is not a large area. Crop development in the ECB has been slowed somewhat in recent weeks with cooler-than-normal temperatures.

DTN Energy Editor Brian Milne said propane supplies are more plentiful than last year. This is a positive market development after tight supplies over the last couple of years, he said.

Propane and propylene production in the U.S. was up 58,000 barrels per day (bpd) to a new six-week high of 2.418 million bpd in the third week of August, according to the Aug. 24 Energy Information Administration (EIA) report. Propane production is 38,000 bpd more than a year earlier, and the four-week average output of 2.376 million bpd was 21,000 bpd above the comparable four-week period in 2021.

Domestic propane inventory gained for a 23rd consecutive week, though the gain was marginal. Stocks remain at the highest levels since mid-December 2021.

Milne said the propane market is adding supply thanks to a rather large change in the market. In the past, propane was utilized as a raw material in many petrochemical plants. Now, a different technology -- one that does not use propane -- is being used by many facilities, thus freeing up more propane than in the past, he said.

Propane exports also continue to climb. Exports rose for the fourth time in five weeks last week up 51%, or 581,000 bpd, to 1.744 million bpd, according to the EIA report. U.S. exports tend to take away some domestic supply, Milne said.

Propane prices are flat to slightly higher than last year, Milne said. The Conway, Kansas, propane futures price was at $112 per gallon on Aug. 25.

Milne said propane prices are based on a certain percentage of the West Texas Intermediate (WTI) crude oil price. In the past, it was closer to 55%, but today it is 42%.

Russia's war with Ukraine has caused natural gas prices to skyrocket in Europe, which gets most of its supply from Russia. Energy prices in Europe are at all-time high prices, Milne said.

Europe is the global influencer on natural gas prices. This risk to the upside with energy prices in general could have a negative effect on propane prices.

"There are competing narratives when it comes to this situation," Milne said. "There certainly is tightness in crude oil and fuel, especially with diesel."

Newland agreed that propane prices are slightly higher from a year ago. However, compared to other energy prices, propane has had only a slight increase, he said.

While some farmers may have already locked in some propane purchases, Newland recommended producers communicate with their propane retailer. He said farmers should let them know what their needs are for crop drying and beyond.

"It is better to make a plan and then vary from this than not having a plan in place at all," Newland said.

Jamin Ringger, a crop farmer from Gridley, Illinois, said he did lock in some propane for fall crop drying.

It appears to be an average year both in terms of crop drying and crop yields in his region of central Illinois. Corn yields could be about 20 to 30 bushels per acre less than last year, he said.

"We were just a little higher on (propane) price than last year," Ringger said.

One large factor in the propane outlook is the health of the global economy.

There is some debate over whether the U.S. is in a recession, and there are also some economic issues showing up in China. A worldwide economic downturn would certainly influence propane demand and thus price as well as U.S. propane exports, Milne said.

Other factors that could shift the propane outlook include rising interest rates and continuing inflation concerns.

Milne said he believes for farmers buying propane this fall, there shouldn't be any supply issues. However, there is risk nearly everywhere you turn, which makes for a challenging situation, he said.

Another factor that could influence the outlook for propane is the weather. A winter with extreme cold could cause propane prices to spike as demand for home heating climbs.

DTN Ag Meteorologist Emeritus Bryce Anderson said there are some thoughts that the La Nina-influenced jet stream track will stay in place for at least the next four months and possibly longer. That would push heavier rain and snow amounts for Northern and Northwestern regions of the U.S., he said.

"There is also the potential for another delayed start to fieldwork in the Northern areas due to wetter soils and cooler temperatures going into the spring," Anderson said.

However, the outlook for many drought-affected areas is not as good, he said. The Southwest U.S., Southern Plains and Southeastern U.S. will stay on the dry and warmer side.

Anderson said this trend does not bode well for replenishing soil moisture in these areas before next spring. 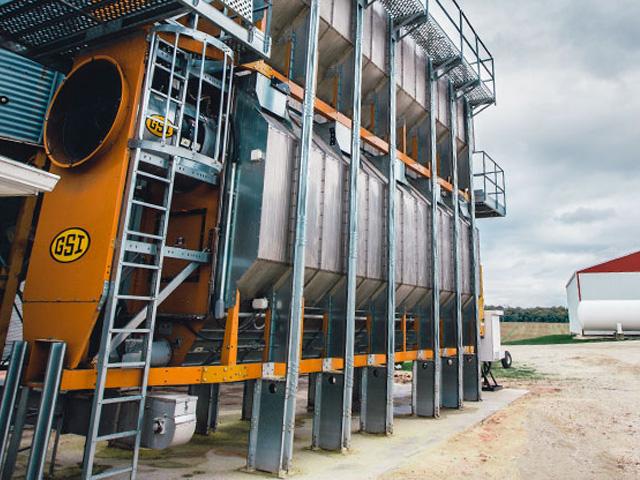