OMAHA (DTN) -- With the Biden administration investing billions of dollars in electric vehicles, the prevailing belief in the countryside is ethanol and other biofuels are being left behind in efforts to reduce greenhouse gas emissions in transportation fuels.

But EPA Senior Adviser for Agriculture Rod Snyder told an audience of ethanol producers and farmers at the American Coalition for Ethanol Conference in Omaha on Friday that the agency continues to believe an all-the-above approach to reducing carbon emissions is needed.

"I'm just spending as much time as I can getting out to rural America to talk about the fact that this is an all-of-the-above strategy," Snyder said.

"We cannot be in a battle -- EVs versus biofuels. This administration, this administrator (Michael Regan) specifically has been clear on that every time. He gets the question every time that we're in front of various audiences. I don't know if that's penetrating per se out to the countryside, but I'm saying as many times as I can."

The Inflation Reduction Act would provide billions of dollars more in incentives for electric vehicles, including a $7,500 tax credit toward the purchase of an EV. Biofuel producers would see another $500 million toward ethanol infrastructure, including blender pumps.

Since the passage of the first Renewable Fuel Standard in 2005, the ethanol industry has come a long way in terms of reducing its carbon footprint and making production more efficient. By one estimate, ethanol reduces greenhouse gas emissions by 50% compared to gasoline.

The EPA, however, has yet to make updates to its greenhouse gas modeling to reflect improvements in biofuels.

Snyder said that's about to change.

"The agency is aware that the science and practice of producing renewable fuels have come a long way since we finalized the assessment," he said. "EPA has initiated work to develop a revised modeling framework that will be applied to analyze the GHG impacts associated with biofuels."

The agency hosted workshops in February and March with officials at USDA and the U.S. Department of Energy regarding greenhouse gas accounting for renewable fuels. The goal of the workshop was to begin the process to update the lifecycle analysis framework for biofuels so "we can more accurately assess and model GHG emissions."

The agencies currently are conducting what Snyder said is a modeling-comparison exercise.

"We expect to share additional information on our work in this particular area and the Federal Register for an upcoming RFS rulemaking in the near future," he said.

On the E15 front, Snyder said EPA is working with nine Midwest states on their petitions to secure permanent, year-round sales in those states. The EPA received petitions from the governors of Nebraska, Iowa, South Dakota, North Dakota, Minnesota, Wisconsin, Illinois and Ohio.

"We are taking steps to promulgate a rule as quickly as possible," he said. "Our intent remains to finalize this action in time for the 2023 summer driving season."

The Biden administration approved an emergency waiver this year to allow E15 sales this summer after a federal court threw out the Trump administration's rule allowing year-round sales.

On the Renewable Fuel Standard front, the EPA announced two weeks ago a settlement with Growth Energy. That settlement will require the EPA to propose a reset of the RFS by November 2022 and to finalize 2023 volumes by June of next year.

"The administrator made it very clear that getting the Renewable Fuel Standard back on track has been one of his key priorities," Snyder said.

That's why the agency took actions in June to finalize volumes for 2021 and 2022, as well as a revision of 2020 volumes. In addition, the Biden EPA rejected about 100 small-refinery exemptions and restored 500 million gallons of ethanol illegally cut from the RFS by a previous administration, he said.

Snyder said the 2022 RFS volumes set by the agency give a good indication of where the Biden administration stands on ethanol and other biofuels.

"The 2022 RVO (renewable volume obligation) is the largest volume ever finalized by the agency, which we believe places the RFS program back on a trajectory of responsible growth after several difficult years," Snyder said.

"So, together, these actions that were announced in June reflect the Biden administration's commitment to reset and strengthen the RFS program and to support domestic low-carbon alternatives to fossil fuel-based transportation, which is what Congress intended when adopted RFS more than 15 years ago." 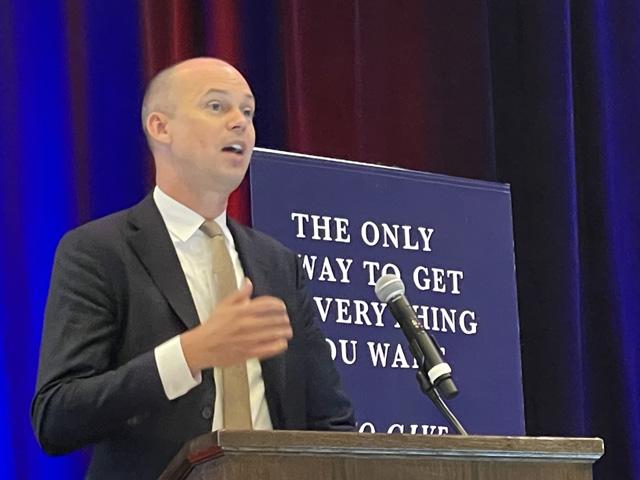