Steel prices and other construction costs were a challenge, but the small direct marketer also had to consider how to retail market to consumers during a pandemic. Brian Kurth, McLean Beef's general manager, said his wife saw a novel idea from a meat retailer in the Northeast. They used vending machines to sell meat cuts.

After finding a machine supplier, McLean Beef installed two machines just inside the entrance to the store, much like an ATM at an entryway in the bank. "I was just trying to figure out how to sell when everything was locked down, he said.

Kurth said he was surprised at just how well the vending machines took off, even after COVID restrictions eased. Sales from the machines haven't slowed. He noted young people really like using the machines and don't even come into the full store. People also buy meat 24 hours a day as well.

"It's been a great thing for us to sell 24-7. They have paid for themselves," Kurth said, adding. "We cannot keep them filled. It has become its own tourist trap."

Kurth spoke at a Nebraska Governor's Ag and Economic Development Summit last week as part of a panel of small meat producers, all of whom have expanded or seen sales spike since the beginning of COVID.

"For about two years we worked seven days a week," said Mary Baumert, who works with her husband Ryan, who owns Faltin Meat Market in Howells, Neb. "There were actually people who would come to the store and want to buy everything in the store."

Small meat processors saw the need to expand, and have tried their best to tap into USDA and state grant and loan programs. Those efforts, though, can often be thwarted by the cumbersome process of grant applications, or requirements that they get USDA inspection to qualify for aid.

Consumers want to know where and how their food is raised so this trend has pushed the popularity of livestock producers selling meat directly to consumers. While a positive for producers, this trend has also caused some headaches for small meat lockers faced with increasing demand for their business.

In a recent webinar from the University of Nebraska-Lincoln (UNL) Center for Agricultural Profitability, a panel discussed how livestock producers can direct market meat to consumers (https://cap.unl.edu/…). Panelists shared their thoughts on how producers can negotiate this business model, how to work with meat processors and even market your brand.

Gary Sullivan, UNL assistant professor of meat processing, said there are a lot of considerations livestock producers need to think about before selling meat directly to consumers. It is more complex than you would think, he said.

There are two main ways to sell meat directly to the consumer. To sell individual cuts of meat, the meat must be USDA inspected. This process would involve more paperwork and more work with a meat processor to assure all regulations are followed, he said.

Meat can also be sold custom exempt, which consumers could buy a quarter, half or whole carcass. This is a service for the owner of the animal and as the owner, you can sell the meat from the carcass.

"The whole process has evolved in recent years," Sullivan said. "There have been changes in demand and some people want special value-added products like jerky."

Mariel Barreras' family farm near Blair and sells both beef and pork directly to consumers and she also has a background in marketing. She said there are several aspects livestock producers should consider when deciding to enter this business.

Producers should be prepared to communicate well with everyone in this world, she said. Good communication should exist between consumers and processors.

Charlie Emswiler is owner of the Wahoo Meat Locker located in Wahoo, Nebraska. Small meat lockers have experienced growing pains in recent years with the increased demand for local meat.

The industry has seen massive shifts in many different trends. In the past, small lockers focused on basic cuts such as steaks, roasts and hamburger. Now with USDA-inspected facilities, the cuts are more complex.

"Each private label has its own specifications," Emswiler said. "I could have 150 producers want it 150 different ways."

While it has made his operation more difficult, it is not impossible, he said. He has gone towards a tier system in which USDA, private label customers pay more to process their animals than his custom-exempt customers.

The other issue continuing to plague small meat processors is scheduling issues, he said.

Emswiler said before the COVID-19 pandemic he was scheduling out two to four months. Then at the beginning of the pandemic, it when from six months to 10 months to a year to even two years out, he said.

It is becoming more difficult to keep his customers happy when he has to schedule this far out, he said. With more small processors expanding their facilities, he hopes this will allow for shorter scheduling times. 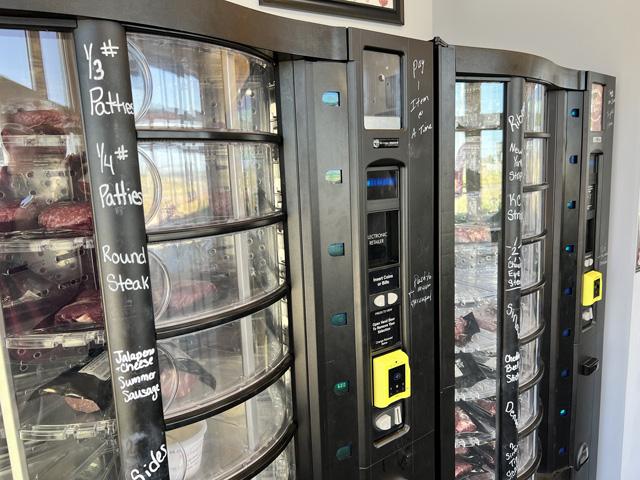