There may be no sacred cows when it comes to government spending, but a subcommittee hearing stressed that crop insurance is the cornerstone of the farmer safety net and should be protected from any cuts or reforms in the next farm bill.

"The program has been and continues to be central to risk management for producers across the country, and it has continued to grow and evolve to address the challenges and risks our producers are feeling," said Rep. Cheri Bustos, D-Ill., who chaired the hearing and is co-chair of the crop insurance caucus in the House as well.

Rep. Austin Scott, R-Ga., while praising the success of crop insurance, also said he hears from producers that higher levels of coverage are often too expensive for the costs.

"Many fruit and vegetable farmers in my area do not have crop insurance policies available to them, leaving the Noninsured Crop Disaster Assistance Program -- or NAP -- as their only risk management option."

One of the best investments in the next farm bill would be further enhancements to crop insurance that increase coverage, Scott said.

Still, Scott pointed to the need after Hurricane Michael in 2018 to provide ad-hoc aid because catastrophic insurance for crops such as pecan orchards only paid about $15 per lost tree, which was not sufficient for the losses. Scott suggested there may be a need for another disaster safety net.

"It's not intended to replace crop insurance," Scott said. "There are certainly traditional commodities where crop insurance works quite well, but there are a lot of other groups where it doesn't work at all."

Such a program would "work in conjunction with crop insurance, not in lieu of it," Scott said.

USDA in fiscal year 2021 spent $8.8 billion on the crop insurance program, which included $5.9 billion in indemnities to producers. About the same amount of indemnity payment was paid to producers in 2020 as well.

Among witnesses Wednesday was Tom Haag, a Minnesota farmer and vice president of the National Corn Growers Association, who said crop insurance coverage is a major component of conversations farmers have with their lenders every year. The bulk of farmers buy revenue protection (RP) policies, which protect against both production losses and price declines. NCGA also has worked on new policies such as the trend adjustment yield endorsement as well as options for split applications for nitrogen.

Haag also highlighted cropping challenges this year, which included a late planting season due to cold or wet weather. Right now, about 30% of corn production is in an area experiencing drought conditions as well, he noted.

At last week's Corn Congress in Washington, Haag said, "Corn growers stressed our No. 1 priority for the farm bill is to protect crop insurance from the harmful budget cuts and reforms." He added, "Cuts to the federal crop insurance would negatively affect our farming operations."

Leading into the hearing, the National Sustainable Agriculture Coalition (NSAC) on Tuesday released a report highlighting "billions in taxpayer savings" over the next decade if Congress set payment caps on crop insurance. NSAC stated premium subsidies are skewed toward the largest farmers, which then takes away resources that could be used for conservation, research programs or aid for small, beginning or minority farmers.

"For some reason, crop insurance is the only subsidized farm program which includes no caps on the money that farmers can receive from the federal government," said Billy Hackett, a policy specialist for NSAC. "It only makes sense that caps exist as they do in federal commodity and conservation programs to promote equitable outcomes. Otherwise, fewer and bigger farms will continue to mean less money circulating in local economies, fewer farm jobs in rural areas, and fewer opportunities for beginning and young farmers to get into the business."

NSAC isn't the only group advocating for cuts to crop insurance. The Republican Study Committee -- a conservative arm that includes most of the House GOP caucus -- also released a budget plan in June that proposed capping premium subsidies at 30% and eliminating USDA paying any administrative and operating costs for insurance companies. The RSC proposal also stated crop insurance subsidies should only be offered on catastrophic policies. The budget proposal would cut an average of $3.2 billion out of crop insurance each year.

He added that studies show farmers who buy crop insurance "are more likely to undertake climate-smart practices than those who do not."

New climate initiatives "should be funded on their own terms" and not take away from the core of the crop insurance program, Haney said.

While crop insurance participation has soared, so too has ad-hoc disaster aid. Disasters continue wiping out farmers for which crop insurance was not designed. Haney said, "It's only prudent," for lawmakers to look to fill the gaps in coverage, and the committee should use crop insurance as the primary tool for those new programs.

Kathy Fowler, owner of a crop insurance agency in Memphis, Texas, and representing the Crop Insurance Professional Association, told lawmakers "Don't be tricked" by proposals to cap premium subsidies or exclude larger farmers through limits on income. She said such plans will not help smaller farmers.

"It will hurt them by raising their premiums and removing the good risk from the risk pool," Fowler said.

Fowler later said proposals to cap premium subsidies were an "absolute non-starter" and would cause larger farmers to leave the program.

"Simply put, you start taking people out of the risk pool, it takes all of us to be able to keep the statutory loss ratio under the statutory 1% (ratio loss)," she said.

Rep. Glenn "GT" Thompson, R-Pa., repeating a theme he has sounded multiple times in hearings this year, said in the hearing Wednesday he opposes plans to use crop insurance to incentivize conservation or climate practices, saying they would "hijack the crop insurance program to carry out a half-baked environmental experiment." Thompson added, "We don't need to use crop insurance as a carrot or a stick to force their hand."

Responding to Fowler's comments against proposals to cut taxpayer spending on crop insurance, Thompson added, "I like how she summed it up as a non-starter."

A video link to the full hearing can be viewed at https://www.youtube.com/…. 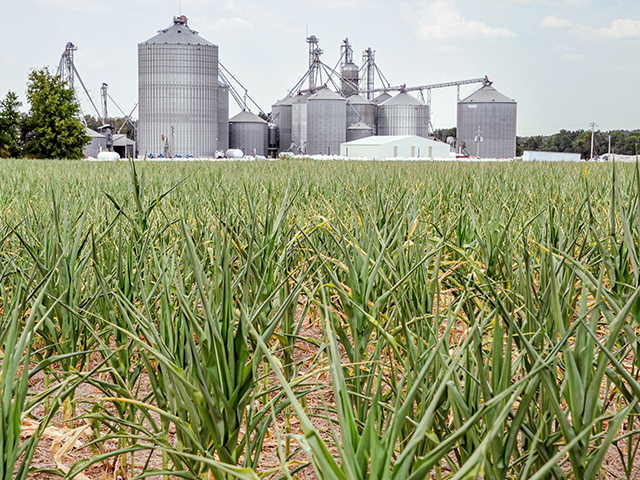