A Chinese conglomerate, Fufeng Group, announced last fall that the company would build a 25-million-bushel corn wet milling plant in Grand Forks that would employ about 220 people. Fufeng also bought 370 acres just north of the city. The land also is about 12 miles east of Grand Forks Air Force Base.

The concerns over Chinese investment in U.S. agriculture and the proximity to an Air Force base with lots of military technology have all intersected at this corn mill project in North Dakota.

The two lawmakers pointed to concerns raised by a report released in May by the U.S.-China Economic and Security Review Commission. The report looks specifically at China's interest in U.S. agriculture, citing China's lack of arable land, environmental pollution and reliance on imports.

"Adversarial nations, like China, continue to threaten our homeland, using tactics like buying American agriculture companies and stealing agriculture research to undermine our economy," Crawford said. "Washington must realize that agriculture security in national security, and we have a duty to protect our food supply and those who produce it."

-- Chinese acquisition of U.S. hog herds may help save China money, but it reduces the need for U.S.-sourced production.

The $700 million project is Fufeng's first agricultural processing investment in the U.S.

CNBC reported Friday on the Fufeng project. The report quoted the chairman and ranking member of the Senate Intelligence Committee. "We should be seriously concerned about Chinese investment in locations close to sensitive sites, such as military bases around the U.S.," CNBC quoted Sen. Mark Warner, D-Va., chairman of the committee.

Sen. Marco Rubio, R-Fla., the committee ranking member, added, "It is dangerous, foolish, and shortsighted to allow the Chinese Communist Party and its proxies to purchase land near U.S. military installations."

Fufeng is a publicly traded company bio-fermentation manufacturer in China that makes more than 50 products. Fufeng states it exports to more than 90 countries.

Eric Chutorash, chief operating officer for Fufeng USA, held a video forum with the Grand Forks Herald back in March. Chutorash explained what led the company to seek a project in North Dakota.

"Corn is our biggest input cost, so we saw there weren't other processors in the area and there was corn availability, so that was, I would say, in the strong positive column," Chutorash said, also citing North Dakota's natural gas supplies.

While not a state-owned entity, the commission notes the company has ties to the Chinese government. The commission report notes Fufeng's mill would be close to the Air Base, noting the proximity should require the project to undergo a review by the Committee on Foreign Investment in the United States (CIFIUS).

A memo written in April by an Air Force Major Jeremy Fox, who is based in Nevada, not North Dakota, also sparked public concern. Fox's memo suggested risks that Fufeng's facility could become a base for espionage.

"Some of the most sensitive elements of Grand Forks exist with the digital uplinks and downlinks inherent with unmanned air systems and their interaction with space-based assets," Fox wrote, as reported by CNBC. He added that data collection "would present a costly national security risk causing grave damage to United States' strategic advantages."

Fox's memo also made it to Grand Forks City Hall, the Grand Forks Herald reported in mid-June. The newspaper reported that Col. Timothy Curry, commander of the Grand Forks Air Force Base, "downplayed a recent Air Force memo raising concerns about a Chinese agribusiness moving to the community, calling the memo merely a set of 'ideas.'"

Curry, in an email to city officials, stated, "Some are plausible, some are less. At this time, I still do not have any leadership relaying a clear security threat."

As the Grand Forks Herald has documented, the project has led to complaints that city and local economic development leaders shouldn't have negotiated to bring Fufeng to the city. The project has raised typical development concerns over water usage and environmental impact of the area. The newspaper noted there has been no public evidence suggesting Fufeng plans to engage in espionage.

The Herald also reported that Grand Forks is working with an attorney to determine if Fufeng's plant requires a CIFIUS review.

Sen. Kevin Cramer, R-N.D., has raised concerns about the project, which include suggesting the project should be ended. "Our value chains and our supply chains being so tied to our adversaries is a terrible strategic error that's been made in the past, and we need to correct it going forward," Cramer said in an interview with WZFG Radio in early June.

This is not the first time lawmakers raising concerns about Chinese involvement in U.S. agriculture have led to calls for increased CIFIUS scrutiny. In 2013, Congress held hearings when Chinese-based WH Group purchased Smithfield Foods, the largest pork producer in the U.S., and all its packing plants. Smithfield's footprint in processing and hog-raising capacity is so large that it spiked the number of acres owned by Chinese investors in the U.S. once the sale was completed.

The Smithfield sale also prompted some members of Congress to call for the U.S. Agriculture Secretary to receive a permanent seat on the Committee on Foreign Investment in the United States to help review the national security implications of selling off agricultural assets to foreign companies. USDA still does not have a permanent seat on that committee.

Rep. Dan Newhouse, R-Wash., also introduced a bill shortly after the commission report came out. His bill also would prohibit the purchase of public or private agricultural land by Chinese foreign nationals. It would also prevent those companies or groups from participating in most USDA farm programs other than those tied to food safety.

Newhouse first raised concerns last year and added language to USDA's funding bill that would make it illegal for the Chinese state-owned entities to own agricultural land or participate in USDA programs. 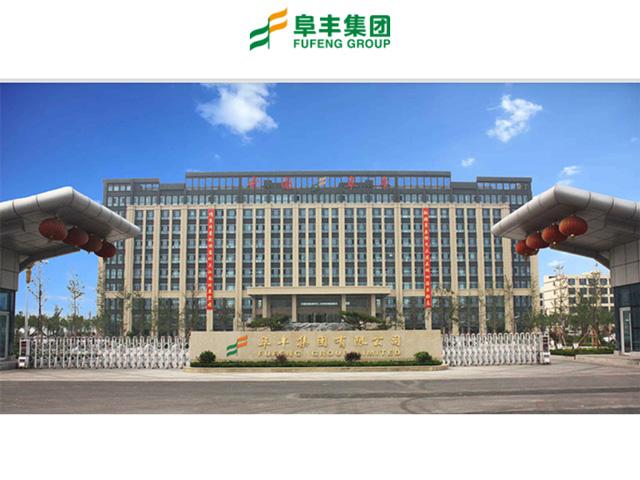