OMAHA (DTN) -- The FBI is spotlighting the work of investigators involving a $40 million crop insurance fraud case tied to a Kentucky tobacco warehouse that has led to 23 people being charged and 17 others paying civil fines or penalties.

The case dates to a 2014 tip to the USDA Office of Inspector General hotline alleging fraud at Clay's Tobacco Warehouse in Mount Sterling, Kentucky. The FBA noted, "From that tip, the investigation rippled through farming communities in central Kentucky."

The defendants were accused of cheating the crop insurance program out of anywhere from less than $10,000 to many millions of dollars.

"Whether the theft was of a few thousand dollars or millions, these individuals took advantage of the program," said Tressa Whittington, an FBI forensic accountant who has been working the case with agents since it began. "They were stealing money from taxpayers and stealing money from the honest farmers who now pay a higher premium."

Farmers had help from employees at Clay's Tobacco House, including one employee who also happened to be an insurance agent.

The employee, Debra Muse, helped farmers get the fake paperwork to show the farmers had bought quality tobacco from Clay's Tobacco House. Muse also provided farmers with documents claiming the tobacco they brought in received a poor grade or rating. The warehouse would "reuse the same bad bales of tobacco when the crop graders would come by, rotating out the tickets used to label them, the FBI stated.

Muse was among the first people in the investigation to go to court, and she admitted to "urging and assisting farmers to file false tobacco insurance claims," the FBI stated. Muse was sentenced to five years in prison in September 2018.

The FBI stated it took another three years before Roger Wilson, the owner of Clay's Tobacco Warehouse, was sentenced to 12 months in federal prison. Wilson, in his sentencing last September, admitted that for nearly five years, he arranged for farmers to buy poor-quality tobacco to get fake grades so they could then file insurance claims. Documents show Wilson produced fake sales receipts, shipping reports and bale tags. These efforts led to more than $9 million in losses.

A crop insurance agent and adjuster, Michael McNew, was sentenced to 86 months in prison last September for misusing his roles with crop insurance companies. McNew admitted to causing more than $23 million in losses.

Other people involved in the case were sentenced to anywhere from six months to 36 months in prison.

Overall, the people involved in the scheme caused USDA and crop insurance companies to sustain more than $40 million in losses, said Jason Williams, a special agent in charge of the USDA Office of Inspector General.

The case also caused USDA's Risk Management Agency to change its policies nationwide on NoG (no-grade)-graded tobacco. If tobacco is graded as "unsalable," the farmer is required to destroy the crop with an insurance adjuster as a witness. This is designed to prevent farmers from reusing damaged crops in the future to file insurance claims.

The FBI highlighted the case in a "Field of Fraud" on the FBI website: https://www.fbi.gov/…. 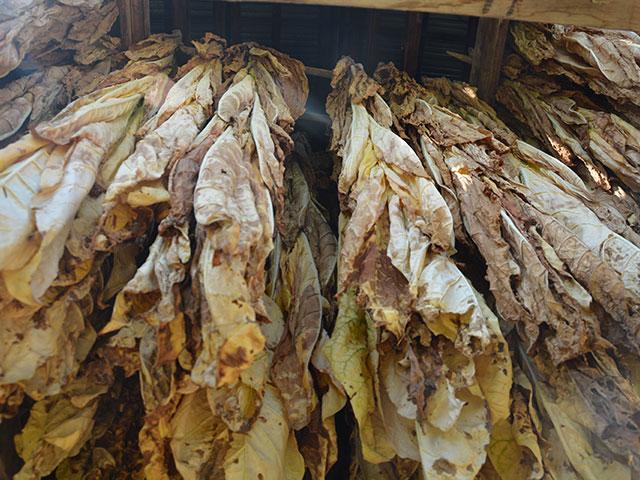