LINCOLN, Neb. (DTN) -- The Clean Water Act has fallen far short of its original goals to have 100% of waters fishable and swimmable by 1983, and a report by the Environmental Integrity Project calls for the elimination of agricultural exemptions from the CWA as part of the fix.

For years, farmers and ranchers have had many agriculture practices exempt from the CWA, essentially counting ag runoff as non-point sources of pollution.

"Congress should strengthen the Clean Water Act by closing its loophole for agricultural runoff and other 'non-point' sources of pollution, which are by far the largest sources of impairments in waterways across the U.S.," the Environmental Integrity Project report said.

"Factory-style animal production has become an industry with a massive waste disposal problem and should be regulated like other large industries," the report said.

In addition, the Environmental Integrity Project calls for changes to the law to give government agencies more power to more strongly enforce so-called "pollution diets" imposed by total maximum daily loads, or TMDLs.

The Biden administration currently is rewriting definitions of waters of the U.S., and farm and other groups have raised concerns about the possibility of agriculture losing some of its long-standing CWA exemptions.

As has been the case with a number of other Clean Water Act studies, the EIP focused on the state of Iowa and its continued battle with runoff pollution.

The group found Iowa has 93% of its river and stream miles impaired for swimming and recreation, which is the fourth highest in the country. In addition, EIP said 83% of Iowa lakes are impaired.

"The true extent of the nation's water pollution is unknown because few states monitor all their waterways," the report said.

"Due to limited funding and budget cuts, many state environmental agencies do not have the staff to test all their waters within mandated time periods -- usually between six and 10 years, depending on state rules. For example, Missouri and Arkansas assessed only 5% of their river and stream miles in their most recent period."

The report said the Clean Water Act "should be given credit for substantial improvements to the nation's waterways" but has in many aspects fallen short. The EIP said the extent of the water pollution problem in the U.S. is largely unknown.

"Across the U.S., 73% of rivers and stream miles were not assessed during the most recent cycle, and the same is true for 49% of lake acres and 24% of bay areas," the report said.

The group pointed to gaps in EPA's enforcement of the CWA.

"Another major problem is that EPA has neglected its duty under the federal Clean Water Act to periodically review and update technology-based limits for water pollution control systems used by industries," the report said.

"By 2022, two-thirds of EPA's industry-specific water pollution standards had not been updated in more than three decades, despite the law's mandate for reviews every five years to keep pace with advances in treatment technologies. These badly outdated standards mean more pollution from oil refineries, chemical plants, slaughterhouses and other industries pouring into waterways than we would have if these standards had been updated on schedule."

In addition, the EIP said EPA and state agencies have faced several budget cuts, making it difficult to meet all the demands of the Clean Water Act.

"A number of obstacles account for the shortfall in meeting the goals of the Clean Water Act, including limitations in the law itself," the report said.

"The act includes enforceable regulatory controls for pollution piped directly into waterways from factories and sewage plants, but weak to nonexistent controls for runoff from farmland and other 'nonpoint' sources of pollution that are a major threat to water quality.

"The result: Today, almost four decades after the Clean Water Act's deadline for 'fishable and swimmable' waters across the U.S., 50% of assessed river and stream miles across the U.S. -- more than 700,000 miles of waterways -- remain impaired with pollution, as well as 55% of lake acres and 25% of estuary miles."

The report offers a number of what the group calls "potential solutions" to improving the nation's waters. In addition to removing agriculture exemptions and tightening TMDL enforcement, the report said EPA should comply with the Clean Water Act's mandate for more frequent updates of technology-based limits for industry water pollution control systems.

"EPA or Congress should impose more consistent, universal guidelines for waterway impairment designations for all 50 states, and for gauging unhealthy levels of key pollutants like nitrogen," the report said.

"The clashing patchwork of state methods for monitoring and appraising waterways contributes to an ineffective distribution of funding and cleanup efforts."

In addition, the group said that because states are set to receive "billions of dollars" from Congress' recent passage of an infrastructure bill, "governors and lawmakers should, whenever possible, target this funding to water pollution control efforts, especially in lower-income communities of color that have long suffered disproportionately from pollution."

In addition, the report calls on Congress and the states to boost funding for the EPA and state environmental agency staff required to measure water quality, and to "develop and implement the cleanup plans needed to bring impaired waterways back to life." 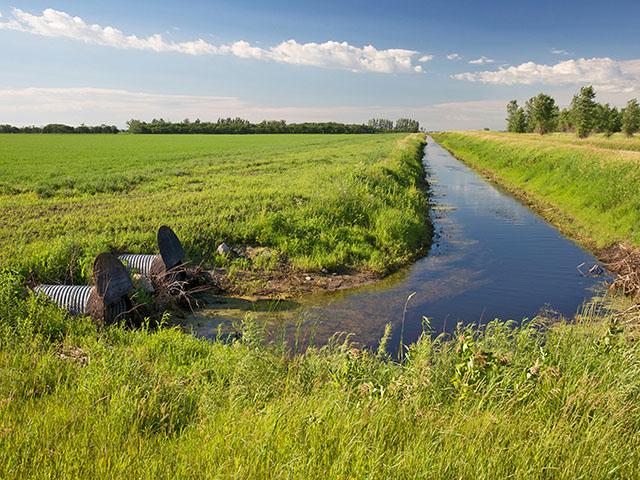