DENVER (DTN) -- U.S. Ag Secretary Tom Vilsack is tamping down concerns about some of the impacts of the Russian invasion of Ukraine on global agricultural markets, but analysts and economists see high volatility and market risks if grain and oilseed flows from Ukraine are halted by the war.

Vilsack on Tuesday, speaking to DTN by phone, reiterated comments he made last week that the agricultural production and export situation for Ukraine is uncertain going forward. He said it's premature to project what will happen in such a fluid crisis.

"We take a bit of a deep breath here because I think the situation doesn't lend itself to clarity at this point in terms of the impact and effect on production, who will be impacted, for that matter, and what the impact may be on exports," Vilsack said.

The secretary added that Ukraine primarily exports to North Africa, the Middle East and China.

"The biggest areas of concern would be the Middle East and North Africa that really do need those products in order to be able to feed their people," he said. "We want to make sure that we're in a situation in response to that. I think it's just a little bit premature to begin opining about precisely what's going to happen here because it's a very fluid situation."

"Obviously, the recent meteoric rise in wheat prices is coming from the Russian attack on Ukraine and all the fears and possibilities that go with it," DTN Lead Analyst Todd Hultman noted in his daily closing grain comments.

On separate calls with reporters Tuesday, food and grain market analysts discussed the risks to global markets for wheat, barley and vegetable oils if war continues and causes extensive disruption to Ukrainian agricultural production this year.

"The quick overview is the fact that, coming into this crisis, we were already at very short supplies and very high demand," said Joe Glauber, a former USDA chief economist and now senior research fellow at the International Food Policy Research Institute. Glauber added, "Disrupting trade out of those regions is very, very significant."

"So, that's an immediate effect. They're going to have to find different suppliers. And all that means higher prices, and we've seen that certainly in futures markets. The other thing, though, I think is very important is what the impact on productivity will be, and that's a little harder to try to get a good estimate on."

Stephen Nicholson, global grain and oilseed strategist for Rabobank, said in a separate analysts' call that the invasion "adds fuel to the fire" for grain and oilseed commodities that were already moving upward.

Nicholson also spotlighted wheat, noting that during the past five years, Ukraine and Russia have combined for about 29% of global wheat exports. Russia and Ukraine export a combined 31% of the world's barley as well.

"Wheat is really where the challenge is," Nicholson noted, adding Russia and Ukraine only carried out about 4% of their respective crops.

Looking at other global stocks from major exporters, the U.S., Argentina, the EU countries and Australia all will see higher export volumes of wheat. Still, "There's not enough stocks in those exportable countries there to make up for that loss of exports from Ukraine or Russia that may not happen, and so that's a real concern," Nicholson said. "It is certainly why the wheat market has gotten so concerned and up in arms over what's going on here."

Shortly after the invasion began, ADM and Bunge shut down their operations in Ukraine. "The question is: Do those countries go back to that region? Are they willing to put up with the issues that you have there that have become extremely difficult?"

Normally, spring planting in Ukraine happens in April, and it's difficult to project how disruptive the invasion will be at this point.

"Most of the core growing areas, they could be planted, but that is the real concern," Glauber said. "If the war extends through the planting season, you could lose an entire crop -- spring-planted crop -- corn barley, sunflowers."

Another question is whether Ukrainian farmers can harvest the winter wheat or will that be impeded, Glauber said.

"So, these are big questions, and we probably will have at least a better idea within a month. Hopefully, this invasion stops and troops withdraw and you'll be able to get in a crop, but I don't think it is necessarily time to write it off yet."

"I have to think about farmland as battlefields, and some of that ground won't be available," Nicholson said. "It's a challenge putting in a crop anyplace in the world, let alone in the middle of a conflict."

Glauber said there is "a lot of evidence in statements out of Egypt and out of other places that they have been stockpiling grain." He added that the grains and oilseeds are global markets, so there are alternative providers to Russia and Ukraine.

"So, people do find other suppliers; it just comes at a price," Glauber said.

Other situations such as food aid become more complicated. Operations such as the World Food Program that have to meet humanitarian needs often buy wheat on the spot market. "They often went to the Black Seas for supplies, and that is all complicated now," Glauber said.

Then, there are questions about how Russia will use its commodity supplies as a "strategy" for "diplomatic purposes, said David Laborde Debucquet, a senior research fellow at IFPRI.

"If you start to see the consolidation of Russia around some of its commodities and use them for diplomatic purposes, that's clearly not going to bring the world in the right direction," to help feed people more at risk of hunger, he said.

Looking back at times with high prices and short stocks, grain tends to find a way to where it needs to go, Nicholson said.

"Grain is like water: It finds the crack to find its way to where it needs to go," Nicholson said. "We've seen that over and over again around the world in a sanctions environment, a high-priced environment, or a logistical challenge environment; grain will find its way."

Beyond wheat, Ukraine exports about 50% of the world's sunflower oil, which will potentially be cut off. Overall, Ukraine is the largest exporter of vegetable oils. This leads to a return of the debate about food versus fuel when it comes to production of biofuels with oilseeds.

"We still have those issues very much in play," Glauber said.

At a time when vegetable oil prices are high, Glauber said, the big ramp-up in biodiesel production in the U.S. and countries such as Malaysia is "troubling."

"All of these are tensions that will come back into play is all I'm trying to say," Glauber said.

"I think those are legitimate questions that should be asked -- whether or not that's what we should be doing at a time when vegetable oil prices are through the roof," he said.

Touching on biofuels, Nicholson noted the high commodity prices will cause companies to rethink some of their planning decisions. "The demand will start to contract as prices go higher," he said.

"I think this is where a reckoning has to come," Nicholson said. "As I've said before, policymakers have made these policies -- right, wrong or indifferent -- and sort of oblivious to what's happening. As far as a feedstock standpoint of what's available and what's not available, I think you are seeing the industry being the governor of what's going to happen to these policies going forward."

Nicholson pointed to the announcement of Chevron buying Renewable Energy Group for $3.15 billion as a way for Chevron to protect its supply chain for biodiesel production.

"So, we're already seeing the renewable diesel folks doing what they need to do to ensure they have feedstocks," Nicholson said. "I do think it will slow down production or slow down the building of some of these renewable diesel refineries from those players who maybe don't have as deep of pockets as the oil companies do." 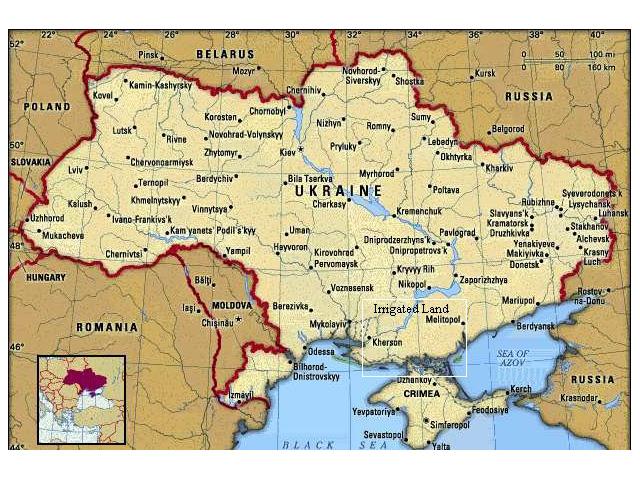