As the face of the biofuels industry continues to evolve, Ocean Park said there is an increasing number of companies looking to secure feedstock supplies. This is especially true for those companies moving away from biodiesel and expanding renewable diesel production.

When it comes to ethanol, the firm said, the number of mergers and acquisitions in 2021 was more than double the same activity in 2020. Poet LLC's acquisition of about 800 million gallons of production capacity from Flint Hills Resources was the single-largest ethanol transaction in history, according to Ocean Park.

A total of seven transactions involving 12 ethanol plants and about 1.2 billion gallons of capacity closed in 2021 -- the most since 2013. Those mergers and acquisitions, Ocean Park said, represented about 7% of total U.S. industry capacity.

Of the 12 plants acquired, seven were large-scale operating plants that made up about 78% of all capacity sold. Archer Daniels Midland, Alto Ingredients and Green Plains also sold plants totaling 300 million gallons in production capacity.

"The flurry of dealmaking broke a lull of two years where no large-scale operating plants traded," Ocean Park said in its report.

"Sellers sought to unload underperforming plants or to generate capital to reinvest in higher-value specialty ingredients or carbon-capture projects."

While ethanol industry ownership of current plants continued to evolve, Ocean Park said the biodiesel and renewable diesel markets experienced a boom in construction in 2021.

"Instead of acquiring operating plants, the larger companies spent significant capital to build and retrofit plants, amplifying a frenzy of investment amid a battle for limited feedstock supplies," Ocean Park said.

In particular, petroleum refiners and biodiesel producers "led a construction boom in renewable diesel, as 12 plants are either under construction, expanding or have been completed, accounting for 3.9 billion gallons and $7 billion-plus in investment through 2024."

As a result, Ocean Park said, there is a growing feedstock shortage for vegetable oil, used cooking oil, corn oil and other lipids.

"The integrated oil companies' and the independent refiners' newly found interest in biofuels stems from their decision to generate compliance credits internally, repurpose older refineries, turn a profit, respond to shareholder pressure, invest in a high-growth market, and hedge with investments in promising carbon markets such as California and Oregon," Ocean Park said in its report.

Renewable diesel and biodiesel production have continued to be hot commodities in 2022, as this week, Chevron Corp. announced the $3 billion cash acquisition of Renewable Energy Group based in Ames, Iowa (https://www.chevron.com/…). Renewable Energy Group operates 11 biorefineries and produced about 519 million gallons of renewable fuels, including biodiesel and renewable diesel, in 2021.

Ocean Park said the "rapid growth" of renewable diesel was "taking market share and feedstock" away from the biodiesel industry.

"Whereas RD capacity in the U.S. more than tripled to 1.3 billion gallons per year in 2021, BD production declined by 8% to 1.7B gallons," Ocean Park said.

In all, 12 companies announced plans to build or have started construction on 2 billion gallons of new renewable diesel production capacity.

"Many of these projects will start up in 2022, leading to an even greater pull of feedstock into RD production," Ocean Park said.

Diamond Green launched construction on a 400-million-gallon-per-year plant in Port Arthur, Texas, that is expected to be operational by 2023.

In addition, Calumet, CVR, Cargill, PBF and a number of other companies announced renewable diesel construction plans in 2021.

"The boom in RD construction has set off a battle for feedstock," Ocean Park said.

"The year 2021 witnessed a flurry of investments, joint ventures, and acquisitions by integrated oil firms, refiners and large energy companies aimed at controlling and boosting feedstock for RD plants. The scarcity of feedstock has made its sourcing and control as important as owning processing plants."

"If these headwinds persist in the near term, more plants could idle or shut down," Ocean Park said. "Liquidations or distressed sales could be common in 2022. Independent BD plants without secured feedstock supplies will face heightened competition for feedstock from RD plants."

Renewable diesel production capacity, however, was expected to grow by more than 50% in 2022, Ocean Park said.

"The rapid expansion underway is making feedstocks expensive and compressing margins," the firm said. "To mitigate these pressures, RD producers could pursue more deals to lock in feedstock supplies. Longer term, factors that could potentially limit RD growth and investment include relatively static mandated volumes, limited feedstock, and the size of the California and Oregon mandated markets (low-carbon fuel standards)." 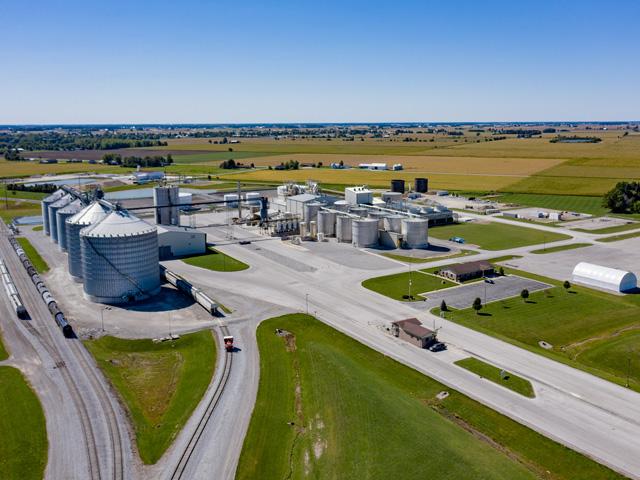