ARLINGTON, Va. (DTN) -- After a tense group of state agriculture directors listened to an expert on the Clean Water Act explain EPA's latest attempt to rewrite the "waters of the U.S." rule, Ted McKinney, the new CEO of the National Association of State Departments of Agriculture, asked if agriculture was mounting an effective pushback against the new EPA proposal.

"Has agriculture done what it needs to do to ward off -- to fire warning shots -- about just how serious this is?" McKinney asked. He noted NASDA's comments in its news release on WOTUS "were as pointed as we've ever been, as far as I can recall, because of how significant this is given the overreach, the scope, whatever you want to describe."

McKinney asked David Chung, a partner with the law firm Crowell & Moring, to "coach us" on the signals needed to get across the point that EPA's latest move "is a really, really bad idea."

Pointing to the aggressive campaign in 2014 mounted by agricultural groups to "Ditch the Rule," Chung said he hasn't seen the same level of intensity or awareness campaign this time.

"The Ditch the Rule campaign was very visible," Chung said. "There was a lot of ink spilled by press outlets, and not just the environmental policy and law outlets, but mainstream publications and papers in every region of the country. I don't think what I'm seeing now is as strong as it was in 2014, maybe because people are fatigued."

Chung said people may be tired of talking about waters of the U.S., or they may think the U.S. Supreme Court will "bail them out" with a ruling likely next year on the Sackett case out of Idaho.

"The short answer is, could ag be doing more? I think the answer is yes," Chung said, adding that more grassroots efforts are needed to push back on EPA's proposed rule through letters to the editor and engagement with lawmakers.

"I know efforts are being made on all of those fronts, but now is not the time to take the foot off the gas," Chung said. "I think we need to pull as many levers as we can and get as much traffic as we can on this issue."

NASDA earlier this month followed some similar themes along with a few major producer groups by calling on EPA and the U.S. Army Corps of Engineers to suspend their rulemaking until further guidance is offered by the U.S. Supreme Court.

NASDA's concern about EPA's latest run at defining U.S. waters regulated under the Clean Water Act is high enough that Chung, who has made a career focusing on the waters of the U.S. rule, spoke on the rule twice this week before packed meeting rooms to separate NASDA committees.

"If it feels like Groundhog Day, that's exactly what it is," Chung said of EPA's long-standing regulatory and legal battles over WOTUS.

The new EPA proposal looks to reset Clean Water Act rules to before the 2015 Obama-era regulations. In the process, EPA is moving quickly to put the Trump-era Navigable Waters Protection Rule "as far in the rear-view mirror as possible," Chung said.

It may initially seem simple to reset the waters of the U.S. rule to before 2015, but the 30-page rule preamble in the Federal Register is more detailed and complex than a simple reset. Still, Chung said EPA's newest proposed rule "looks a lot like the 2015 rule because it uses very much the same legal foundations as the 2015 rule."

EPA is taking its cues from the 2006 Rapanos v U.S. Supreme Court case in which former Justice Anthony Kennedy spelled out the term "significant nexus" in a concurring opinion. Using the significant nexus approach, EPA and the Corps of Engineers could broadly apply federal oversight to tributaries, wetlands and "other waters" by claiming they have a "significant nexus" to larger rivers and lakes.

"This is why people start getting worried," Chung said. "These are isolated features that have basically not been regulated in the past."

Under the 2015 rule, EPA basically said most water features are connected, and that connection is strong. This year's proposal opens a little more interpretation.

EPA's new proposal seeks to define how the agency interprets significant nexus, and in doing so, "It can mean a whole bunch of different things," Chung said.

EPA can follow a 2008 guidance document "or we can go much more broadly," Chung said.

Such definitions can cause water features in relatively arid states such as Arizona and New Mexico to come under the Clean Water Act. At its broadest definition, EPA could aggregate nearly every water feature in the country's largest watersheds, which he described as "pure insanity," but added that such as rule "would have a very hard time carrying the day with the Supreme Court."

EPA right now has a timetable to finalize its latest rule by the end of the year.

A lot more has happened in recent months, as the U.S. Supreme Court agreed to hear the case of Idaho couple Michael and Chantell Sackett in their legal battle with EPA over a wetlands determination that held up the couple's plans to build a home on roughly six-tenths of an acre. It's the second time in a decade the Supreme Court has heard a case over the Sacketts' fight with EPA. The Sackett case might not be heard until this fall with a ruling out roughly a year from now.

Chung said he's encouraged about the Supreme Court taking up the Sackett case and the possibility that will slow down EPA's rulemaking process, or at least possibly restrain the agency.

"The fact the Supreme Court is taking up this case might cause the agencies to take the most restrained possible interpretation of WOTUS," Chung said. "That would be the smart thing to do if you are an agency in the federal government. How can I do minimal damage and see if I can work around whatever the Supreme Court ruling is? But something tells me they might not be able to restrain themselves from swinging for the fences."

Right now, a lot of regulatory decisions may hinge on a small piece of land in Idaho.

"I have no doubt, unless some weird event happens and the case gets pulled from the docket, we'll get a much more restrained and reasonable definition of what it means to be a waters of the U.S. as opposed to this open-ended significant nexus test." 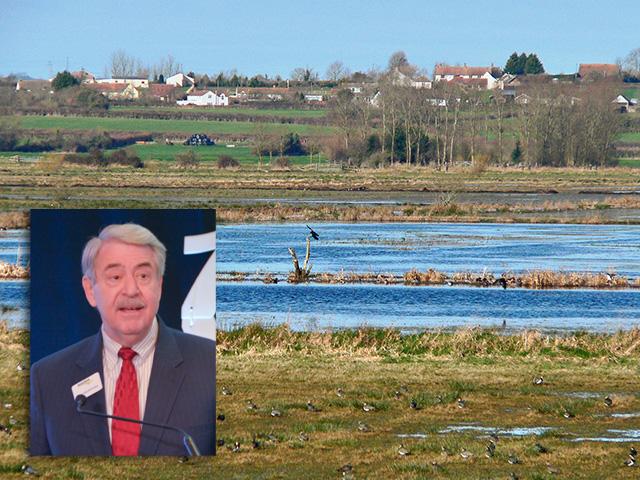