OMAHA (DTN) -- The Build Back Better Act would inject more than $27 billion into conservation programs and expand investment in biofuels -- all tied to climate provisions in the bill -- while the bill also avoids changes to stepped-up basis in inheritance.

The House Rules Committee met late Thursday to decide debate rules for the Build Back Better Act, which would spend about $1.7 trillion over 10 years. Republicans said the bill would actually cost $4.6 trillion over 10 years because several tax credits, such as the expanded Child Tax Credit, would likely end up being renewed by Congress later rather than being allowed to expire.

Also hanging in the balance is the House vote on a $1 trillion infrastructure bill that has been a negotiating chip in the talks over the Build Back Better Act. Each time the House seems to be moving toward a vote on the infrastructure package, House leaders eventually retreat and delay the vote. Instead, the House voted for a short-term extension of highway funding late Thursday.

For agriculture, the Build Back Better Act includes big investments in forestry, conservation and research programs. The National Sustainable Agriculture Coalition pointed to the increases in USDA's alphabet soup of conservation programs.

"Congress is poised to make a once-in-a-generation investment in effective working lands conservation programs -- CSP, EQIP, RCPP, and others -- that will put farmers at the center of our national response to the climate change crisis," said Eric Deeble, NSAC's policy director. "The Build Back Act, BBB, also contains support that is immediately available for farmer-focused climate research programs, like SARE, that will help us understand what practices and tools farmers and ranchers can use to further reduce greenhouse gas emissions."

From 2022 through 2026, USDA will offer a program to provide farmers with $25 an acre to grow one or more cover crops on up to 1,000 acres per farmer. Landowners who lease ground to farmers also would be eligible to receive payments of $5 an acre.

The Environmental Quality Incentives Program (EQIP) would see a $9 billion boost in program funds through 2026. USDA would have two years to begin expanding the program before the funding starts to balloon in 2024 at $1.75 billion in extra funds, along with $3 billion in 2025 and $3.45 billion in 2026. The increased funds in EQIP would be used for practices that increase soil carbon or reduce nitrogen losses or find other ways to lower greenhouse gases.

The Regional Conservation Partnership Program (RCPP) would see a $7.45 billion increase in funds, also backloaded with larger funding increases in 2025 and 2026.

The Conservation Stewardship Program (CSP) would see a $4.1 billion increase that would increase from 2022 to 2026 as well. Once again, the funding would be attached to practices that improve soil carbon or reduce agricultural emissions. CSP increases could also apply to practices on rangelands, or forest land, or organic and perennial production systems.

The Agricultural Conservation Easement Program also would see a $1.7 billion increase in spending.

Technical assistance at USDA Natural Resources Conservation Service will get an infusion of funds as well with $850 million through 2031 to help farmers, ranchers and landowners implement climate-smart practices on their operations.

Agriculture Secretary Tom Vilsack touted the investments in conservation to reduce emissions, as well as help the U.S. Forest Service receive long-overdue funding to manage fire risks and aggressively manage forests. The secretary and the White House highlighted a "transformative investment" through the Rural Partnership Program, which will provide $873 million to USDA to provide rural development grants for states and tribes.

"Rural America will benefit from meaningful investments to help pave the way in clean and renewable energy infrastructure and production and energy efficiency improvements that will foster new job and market opportunities," Vilsack said.

Sen. Debbie Stabenow, D-Mich., chairwoman of the Senate Agriculture, said the provisions in the bill will help rural communities invest in solutions to addressing climate change.

"The bill scales up climate-smart agriculture programs that farmers, foresters, and rural businesses use to protect resources and be more energy-efficient. It helps small towns fight for their fair share of federal dollars," Stabenow said.

The bill includes $960 million for biofuel infrastructure grants, which can go for various operations, including distribution facilities or fueling stations. The bill also includes a four-year extension of the $1-per-gallon biodiesel tax credit.

"Not only does the Build Back Better Act represent the largest investment in clean energy and combating climate change ever -- it also confirms that my colleagues have listened to my central argument in our clean energy discussions: biofuels can and should be a part of our fight against climate change," said Rep. Cindy Axne, D-Iowa.

The bill also includes $1 billion to pay off direct or guaranteed loans for farmers classified as "at risk" by the secretary of agriculture to pay off loans. The provision would pay off up to $150,000 in loan debt for producers who are economically distressed, such as more than 90 days delinquent on farm-loan debt. Producers eligible for the aid would see their payments reduced by any amount of aid they received under the Coronavirus Food Assistance Program, or the Market Facilitation Program. To be eligible, producers must also operate their farms in areas that have at least 20% poverty rates as well.

The provision appears to counter litigation from white farmers that has effectively blocked debt relief mainly meant for minority farmers from the American Rescue Plan last spring. At least 12 lawsuits nationally have tied up USDA's plans to pay off debts for farmers considered socially disadvantaged.

The bill also has $750 million for a program to provide financial assistance to farmers, ranchers or forest owners who experienced discrimination from USDA before Jan. 1, 2021, and provide payments of up to $500,000.

The bill also includes $200 million in assistance to help with land ownership challenges, such as heirs' property for farmers considered "underserved," such as beginning farmers, veterans or producers with limited resources.

Margaret Zeigler, interim president of Supporters of Agricultural Research (SoArR) Foundation, highlighted the $2 billion in the bill would go toward research for climate-resilient agriculture. That would include $200 million in competitive grants, as well as another $1 billion to revamp aging agricultural research facilities.

"Only with ramped-up investments like these in agricultural science can we fight back against the devastating impacts of climate change," Zeigler said. "These investments will climate-proof our farmers for the coming decades and will keep the pantries stocked and the refrigerators full. Thankfully, this budget agreement sets the stage for the many innovations needed."

Rob Larew, president of the National Farmers Union, called on Congress to pass the legislation, saying the framework is a "tremendous step toward addressing many of the challenges we face as a nation."

Larew added, "Family farmers and ranchers are an essential part of the climate solution. We are pleased the framework invests in programs to help accelerate implementation of climate-smart practices on farms and ranches and demonstrates support for biofuels. These efforts will also help to make farms more resilient in the face of extreme weather events and other natural disasters exacerbated by climate change."

Larew also highlighted the bill includes investments in health care and child nutrition. He added, "We appreciate that the tax provisions in the framework are focused on making sure the highest-income Americans pay their fair share, and changes to the tax code do not include elimination of the 'stepped-up basis' at death."

Some other big-ticket items in the agricultural provisions of the Build Back Better Act include:

-- $990 million for the Renewable Energy for America Program.

Vilsack also said the framework would become "transformative for working parents and kids." The bill would expand on the Child Tax Credit as well as increase nutritional investment in schools with year-round meals and universal preschool. Stabenow said the bill "takes meaningful steps to lower costs for families and helps make sure children get health meals during the school year and through the summer."

Bill language for the Build Back Better Act: https://rules.house.gov/… 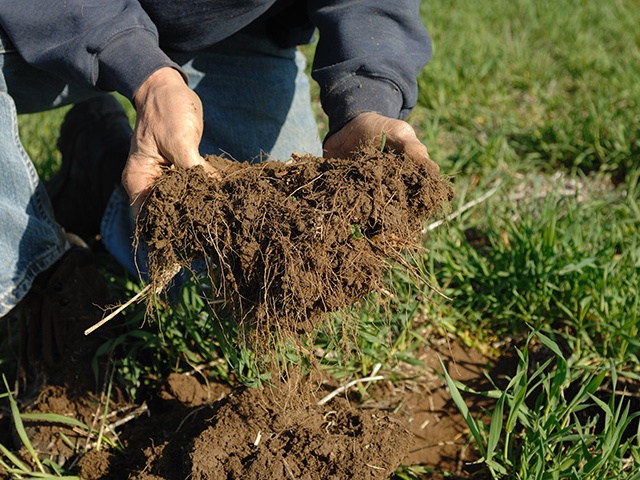