Section 2032A gives farmers an alternative way to value their farmland to reduce estate taxes. Like a lot of these provisions with the IRS, it comes with some math and some caveats for families that use it. The special valuation could help heirs whose families didn't plan out an estate strategy before the primary owner dies, but Section 2032A can also lead to some financial "train wrecks" for heirs.

To help pay for their $3.5 trillion budget reconciliation bill, House Democrats propose rolling back the current asset exemption from estate taxes, going from $11.7 million to roughly $5.8 million (based on inflation). For farmers, to make up for that rollback, Ways & Means added a provision to kick up the special use valuation for farmland from $1.19 million (based on inflation) to $11.7 million.

So, what exactly does Section 2032A mean for a farmer? Its only purpose is to roll back land values for farmers subject to the estate tax.

"If you are a large farmer with an estate over $6 million, you can have a reduction in the value of your land from fair-market value or the highest and best use value for your land down to a value for estate-tax purposes to be the farm-production value," said Chris Hesse, a CPA and principal with the accounting firm CliftonLarsonAllen LLP.

Right now, Section 2032A largely has not been a major element in estate planning, Hesse said. That could change with the combination of a lower overall estate-tax exemption, combined with higher land values.

"That could become part of the estate plan, or at least a reduction of the tax," Hesse said.

The IRS calculates Section 2032A based on average cash rents and a table updated annually with regional interest rates. The IRS released an updated table on Aug. 30. For much of the Midwest, the interest rate for the calculation is 4.62%.

In this example, the House changes in Section 2032A would save the farm roughly $1.95 million in estate taxes by bringing down the special-use valuation from $13.81 million to $8.93 million.

"So, a very large estate would receive a substantial benefit from this, especially if, for whatever reason, that farmland is valued at a higher amount than what is its rental value," Hesse said.

With the current estate-tax exemption for everyone at $11.7 million for an individual ($23.4 million for a couple), there just has not been much of a reason to plug in the special land valuation tool, Hesse said.

For larger farmers who fall under the estate tax, Section 2032A isn't an equal tradeoff for cutting the estate-tax exemption in half.

There are also some other major caveats that can come back on the heirs. For one, Section 2032A requires family members to continue farming the land -- for 10 years. And they must be direct lineal descendants -- sons and daughters, not nephews or nieces.

The IRS also places a lien on the farmland for the amount of the estate tax that was not paid because of that lower valuation in land. That could affect an heir's ability to use the land for collateral.

"No one likes to lend to a person who has an IRS lien on their property," Hesse said. "That's going to discourage a lender from lending on this property knowing that the IRS is going to be in the first position."

And it could come back to bite the heirs if the farm economy turns bad and he or she is faced with selling the farm.

"You'd have this liability to the IRS for the estate tax, but no money because of losses, and it can be a train wreck," Hesse said. "There have been some examples of train wrecks as a result of relying on this as a tool to reduce your estate taxes."

An heir-farmer who fails to hold on to the ground for 10 years could see the IRS seek to recapture all of the tax liability that was saved when the estate was transferred.

"You need to understand your risk in adopting this provision because, if you aren't continuing to farm, or an heir doesn't continue to farm this for the full 10 years, you're going to have some additional tax to pay," Hesse said.

The 2032A valuation would largely come into play for farmers or other small businesses with real estate who haven't taken advantage of other estate-planning tools, Hesse said. Because of that, CliftonLarsonAllen doesn't have clients who have used Section 2032A, despite the large emphasis CLA has on agriculture.

"The reason we don't is because we've worked with clients to plan other means of reducing their estate taxes, so we don't have to rely on 2032. To me, it's a provision for the person who has not done any planning but has developed large farm wealth and dies young before they have had a chance to start planning their estate."

Potential changes in stepped-up basis, estate taxes and capital gains are still very much up in the air.

House leaders haven't said when they will bring their reconciliation bill to the floor for a vote. Any provision in the bill could change before then. The U.S. Senate would then weigh in with its potential tax plans as well.

Sen. Chuck Grassley, R-Iowa, told reporters Tuesday he plans to speak on the Senate floor sometime this week, highlighting an Iowa farmer who would explain how the Democratic tax plan would hurt his family. "The tax-and-spend proposals will be bad for small businesses, for farmers and for all Iowans," Grassley said.

"Under Democratic plans, it would take younger generations decades to pay off the land," Grassley said.

Still, at least some Democratic senators are continuing to push for changing the rules for stepped-up basis. Sen. Elizabeth Warren, D-Mass., called it "low-hanging fruit" in pushing for a "wealth tax."

"The stepped-up basis loophole lets the wealthiest Americans inherit fortunes without paying a penny in capital gains tax -- a massive subsidy that perpetuates the racial wealth gap and inequality," Warren stated on Twitter on Sunday.

Secretary of Agriculture Tom Vilsack and Sen. John Boozman, R-Ark., ranking member of the Senate Agriculture Committee, each also have gone back and forth in dueling articles in the Wall Street Journal over tax plans for family farms (https://www.wsj.com/…). 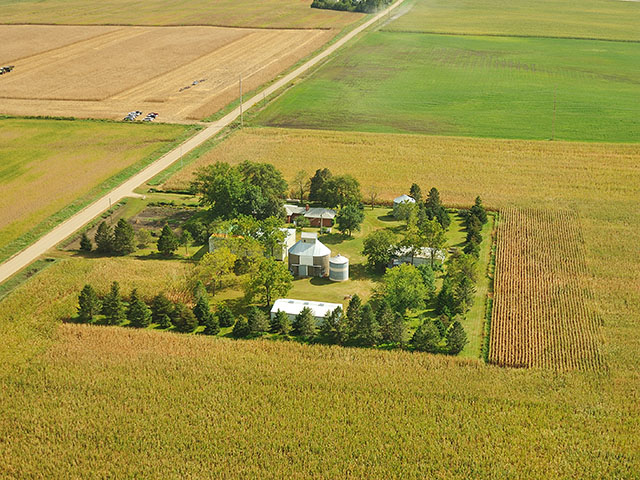